And “Deva” in Sanskrit was “Deyv”, which is spelled as “Devil” in English.

The English ‘devil’ and its cognates in other European languages come from the Greek διάβολος (‘slanderer’), either directly or via the Latin diabolus. ‘Devil’ and ‘deva’ are just lookalikes, not etymological kinsmen.

The Avestan word daēva (“demon”), on the other hand, is a genuine relative of deva. For others (there are very many) see the attached file listing derivatives of the PIE roots dei, dei̯ǝ, dī and di̯ā in the revised edition of Pokorny’s Indogermanisches Etymologisches Wörterbuch.

We have “divine” rather than “devil” coming from Sanskrit to English via Latin and French. Of course, it doesn’t actually go “from” Sanskrit “to” English. Rather, Sanskrit, Latin, and Ancient Greek are all siblings.

This is a very well known ‘problem’ in Indo-Iranian (IIr.).

Regarding IIr. *ásura- (Vedic ásura-, Avestan ahura-), it is worth noting that in the Rgveda, ásura- is at times applied to humans and (benevolent) gods.
The same holds for Avestan.
For instance, in RV. 5.42,11 Rudra is addressed as both a devá- and an ásura-.
In Indo-Iranian, *ásura- probably meant something like ‘lord’, and underwent a semantic development in later Vedic Sanskrit to ‘enemy leader’, and by the time of the Brāhmaṇas, came to refer to fiendish beings.
As a philological aside, the etymology of ásura- can probably be connected with a Hittite verb hass ‘to beget’. At a very remote period, ásura- was borrowed into the Finno-Ugrian languages as attested in Erzamordwinian and Vogulian.

As for Ved. devá-, Av. daēuua-, in the earliest extant texts of the Mazdā-worshipping religion, it seems daēuua- was used to signify the group of gods who were not to be worshipped. In the Younger Avestan texts and in Middle Persian texts, it developed to denote ‘demon’.

I’m not sure, to be honest; it’s not a problem I’ve ever looked into.

If it were ever a generic title of rank, this would have to be at a very remote period since Indra survives as a distinct deity in the Rgveda and in Avestan. He is also mentioned by name in the Hittite-Mittani treatise from 14th cent. BCE.

Also note that the asuras are actually called the “elder gods” in the suttas; or at least Vepacitti is referred thus (sn11.5:1.11: pubbadevā). This is also one of terms of respect owed to parents. (an4.63)

This is an instance of a more general phenomenon in the evolution of religions, as recorded in mythology: the gods of former times or former peoples become (literally) “demonized”.

In Buddhism, the fate of the yakkhas is similar. They were the native deities of peoples in India, and were represented in quite noble and uplifting forms, even long after the Buddha.

But in the eyes of Buddhists, they are wild and ferocious spirits, or even cannibalistic monsters, only tolerable when they have been civilized by conversion to Buddhism. Then they can do the Buddhists’ dirty work, acting as guards and threats for those who might attack the Dhamma. 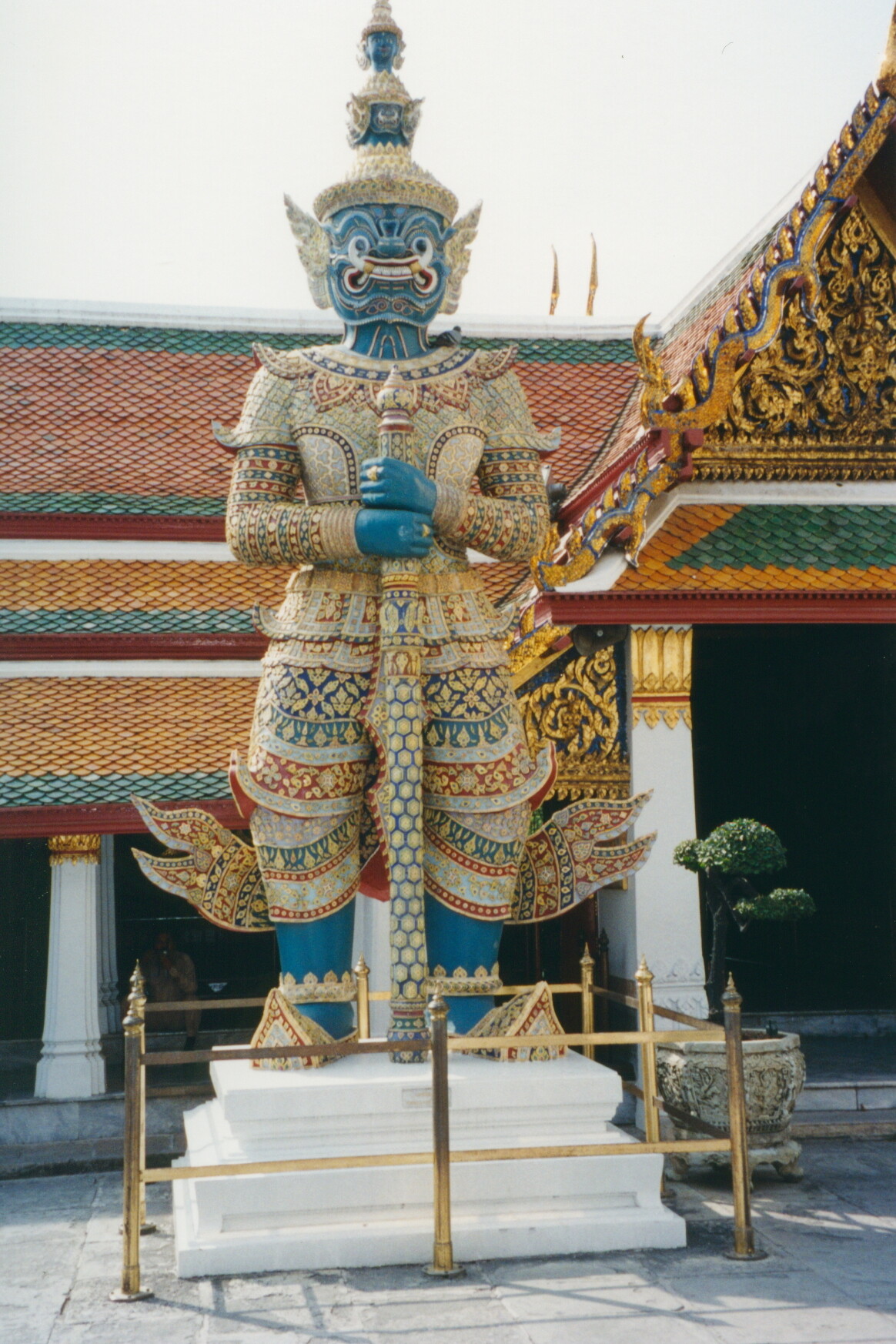 “Devil” may be unrelated to “deva”, but do not be sad, for if I am not mistaken, “Lucifer” is related to “Vairocana”.

if I am not mistaken, “Lucifer” is related to “Vairocana”.

From the wiktionary page for the Latin “lux” (lux, lūcis+fer, fer is related to “ferry,” “who carries light,” see also “Christopher = who carries Christ”):

The “rocate” is definitely related to “rocana” I would think.

Well, language changes its meaning over time, sometimes the opposite to its original meaning. For example, in Vietnamese language (my mother tongue), the word “Mother” can be used as a very offensive and vulgar word as well, and also an archaic word for “teacher” can also be used for cursing

So I guess Gods can become Demons and vice versa :

From the wiktionary page for the Latin “lux” (lux, lūcis+fer, fer is related to “ferry,” “who carries light,”

So that would be closer to something like rucibhata or rucivaha (found in Sanskrit). Dīpaṁkara has a similar sense. All these are probably ultimately epithets of the sun, and the name Lucifer is an attribute of a former solar deity reduced to demon (just as the horns and cloven hooves are attributes of Pan the god of nature and fertility).

So I just looked up the most interesting historical connection, Bhante. From the wiktionary page for “Lucifer”

The King of Babylon who named himself after the planet Venus as mentioned in the King James Version of Isaiah 14:12.

How art thou fallen from heaven, O Lucifer, son of the morning! how art thou cut down to the ground, which didst weaken the nations!

This king essentially named himself after Venus and Christians later read this in their (Jewish) scriptures as referring to the Satan.

Ahh, so “bringer of light” in the sense of “herald of the dawn”, that makes sense.

This is something mirrored in Greek mythology too, where the Titans are the older gods who are overthrown by the Olympian gods.

This is interesting though :

Aesir-Asura correspondence is the relation between æsir, an Old Norse word meaning "gods" (the plural of the singular word áss "god") and ásuraḥ, a Sanskrit word referring to certain warlike and aggressive demons. Also related is the Avestan word ahura, found as the title of the god Ahura Mazda. The Proto-Germanic form of Old Norse áss, deduced by comparison to other Germanic languages, living and dead, is *ansuz. The plural of this Proto-Germanic word was *ansiwiz, which by regular sound chan...