When the dikes break 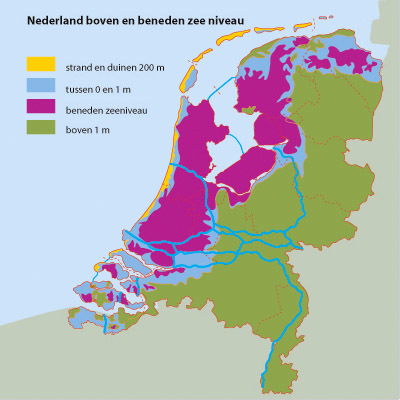 _I grew up below sea-level.

For me, it was always very normal that the water in canals and rivers is higher than the surrounding land. Large pumps constantly pump excess groundwater into the canals and from the canals into rivers, which flow out into the sea.

We had a pump in our basement, that had to pump groundwater into the sewage system two meters above. At regular intervals, this pump would fail and then you would find me happily peddling around the basement in a tub with a large soup-spoon while my mum frantically tried to get the pump started again. Eventually my dad got so sick of it, that he bought a much better pump and that was the end of my boating-adventures in the basement. 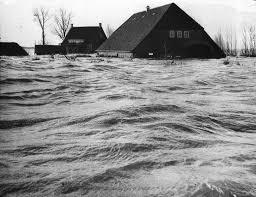 _Little did I know then that in a large storm in February 1953, the dikes had broken and the whole province of Zeeland had been flooded. During WWII, the dikes had not been maintained and afterwards the country had been too impoverished to do anything about it. A wind-force 10 north-westerly combined with a high spring-tide proved too much for the dikes. Many people died that night and many more became homeless.

Afterwards, the Delta Works were instated; a prestigious, ingenious and very costly plan that would shorten the Dutch coastline by 700 km and could temporary close off all rivers during a storm.

In 2013, the Delta Works were closed down in a large storm for the first time in my memory. Bhante Sujato was going to come and visit us that day and he had the last flight out of Hamburg before the airport closed down. The Delta Works held up beautifully and the night passed without any incidents. 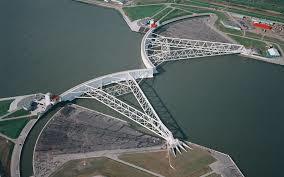 _The Dutch have always had a great faith in the Delta Works and its ability to protect them from the sea. But now it slowly starts to dawn on them that the Delta Works were designed nearly 60 years ago for what they then thought were the worst conditions possible. But then nobody had even dreamed of the possibility that the base sea level could rise with 1-2 meters.

Last month, a new television series on Dutch TV called “When the dikes break” became one of the most watched series. Although in my opinion a fairly standard dramatized disaster-film (from the few fragments I have seen), it does touch upon some of the problems we are facing: an unwavering trust in the ability of the Delta Works to cope with ever increasing forces, the realization that if the sea level rises by 2 meters, 75% of the country will be below sea level, and the logistic and financial nightmare of evacuating 10 million people in a large storm.

According to the experts it is not a matter of “if” the dikes break, but “when”. 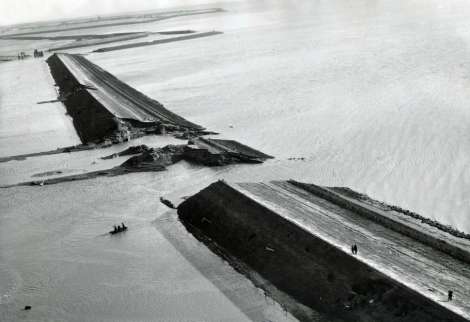 Thanks Ayya, it is always nice to hear a personal perspective on these things.

Recent expert opinion has tended to the conclusion that a minimum sea level rise over the next century would be around 1 meter, up to 2 meters if little action is taken.

But there is a growing possibility of much larger rises. A recent study in Geophysical Research Letters reports the discovery that the critical West Antarctic ice sheet is crumbling fast from the inside. This is basically apocalyptic; the antarctic ice has been assumed to be relatively stable compared the Greenland and the arctic, and current projections are that it will melt slowly, over centuries. However: 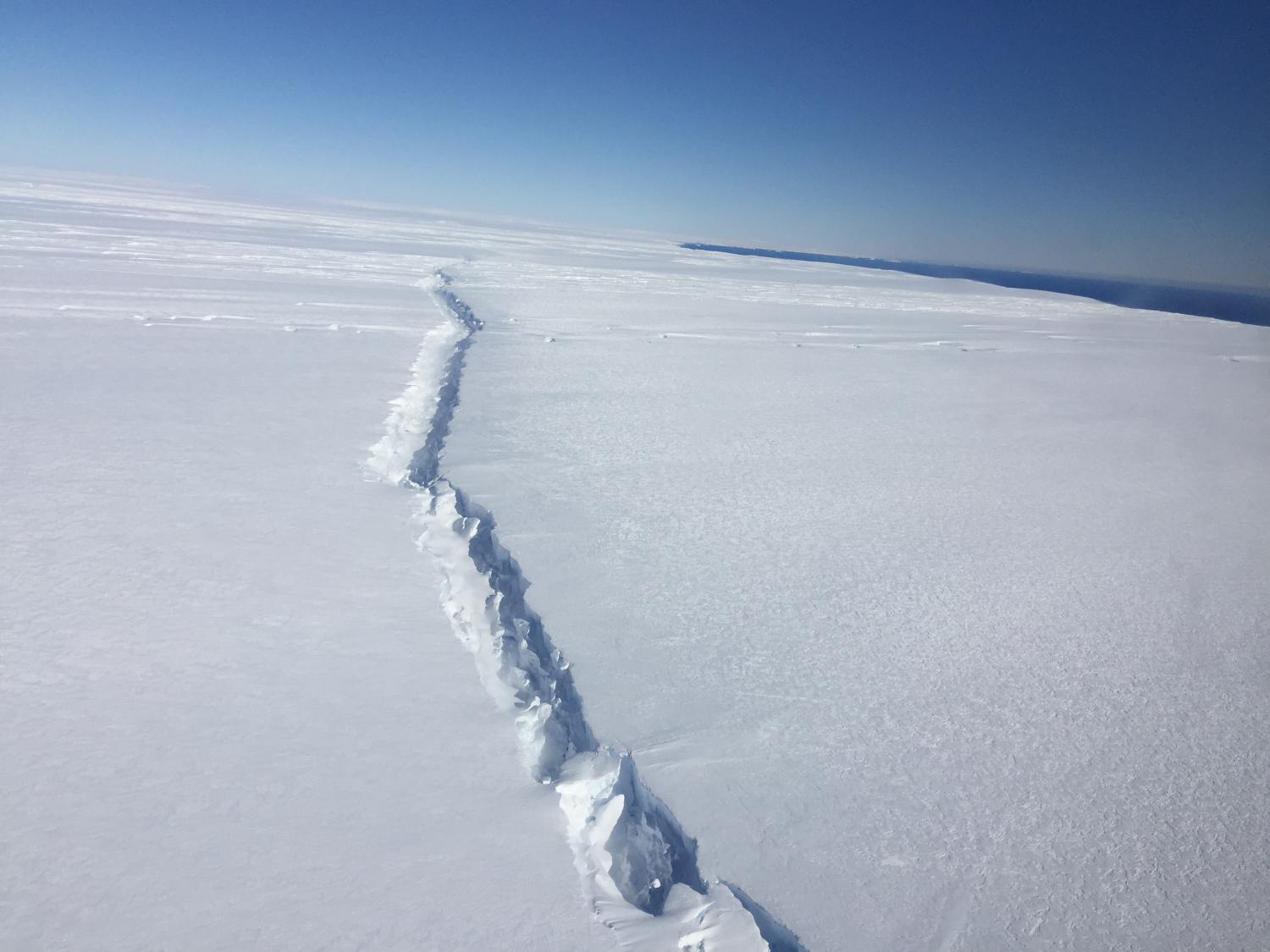 West Antarctic ice shelf breaking up from the inside out

A key glacier in Antarctica is breaking apart from the inside out, suggesting that the ocean is weakening ice on the edges of the continent.

“It’s generally accepted that it’s no longer a question of whether the West Antarctic Ice Sheet will melt, it’s a question of when,” said study leader Ian Howat, associate professor of earth sciences at Ohio State. “This kind of rifting behavior provides another mechanism for rapid retreat of these glaciers, adding to the probability that we may see significant collapse of West Antarctica in our lifetimes.”

Studies have suggested that the West Antarctic Ice Sheet is particularly unstable, and could collapse within the next 100 years. The collapse would lead to a sea-level rise of nearly 10 feet, which would engulf major U.S. cities such as New York and Miami and displace 150 million people living on coasts worldwide.

Of course, American publications care about American cities. I care more about, say, Bangladesh, where thirty million people will be displaced by even a 1 meter sea level rise. Where are they going to go? Myanmar?

But hey, what do I know? I’m just a monk! It’s not as if these concerns have been raised time and time again by the world’s leading global security experts. Oh, hang on, that’s exactly what has happened.

Look at all the problems we have now, with tens of millions of displaced persons. What will it be like when there are hundreds of millions? No one is even seriously working to this situation, but it is coming, sooner rather than later. I tried to raise this issue in Canberra years ago, but the politicians just kind of glaze over, it’s too much, too long term for them.

These figures are far from extreme, in fact they are quite conservative. From a well-sourced article on dw.com:

The “Nature Climate Change” analysis, authored by leading sea level experts, says even under the lowest-end IPCC scenario for sea level rise, 20 percent of the global population - some 1.3 billion people - live in areas that may be directly affected by rising sea levels.

Sea level rises in the tens of meters are well within the normal range of projections. It’s just a matter of time.

Meanwhile, the temperature just goes up. 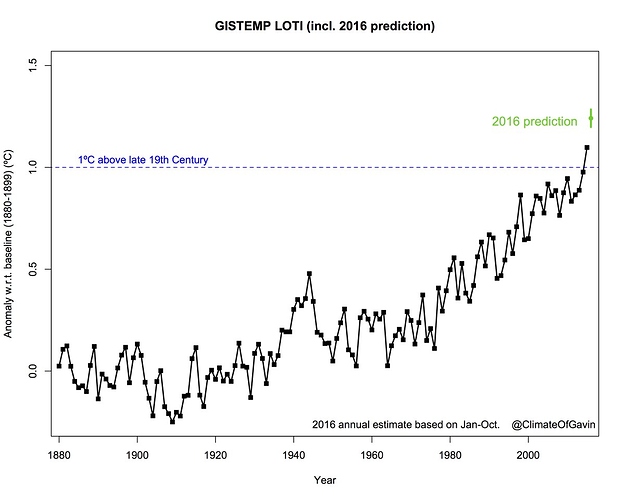 And the CO2 just goes up. 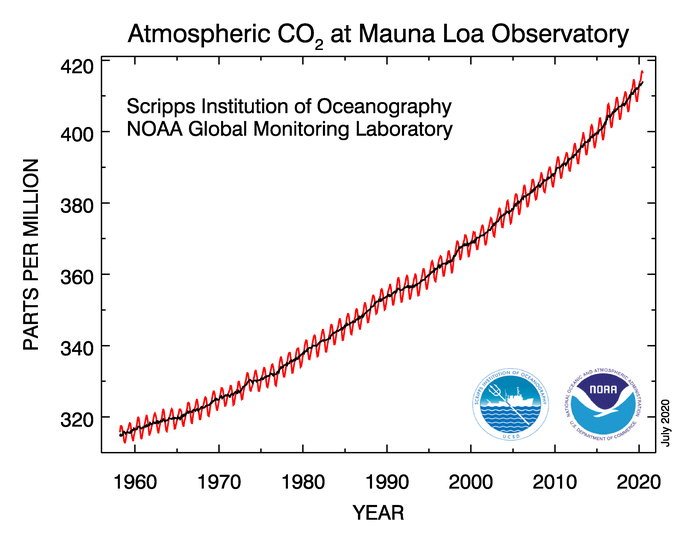 And our wonderful Australian government, having scrapped all effective climate policies, wants to offer another billion dollar subsidy for coal. 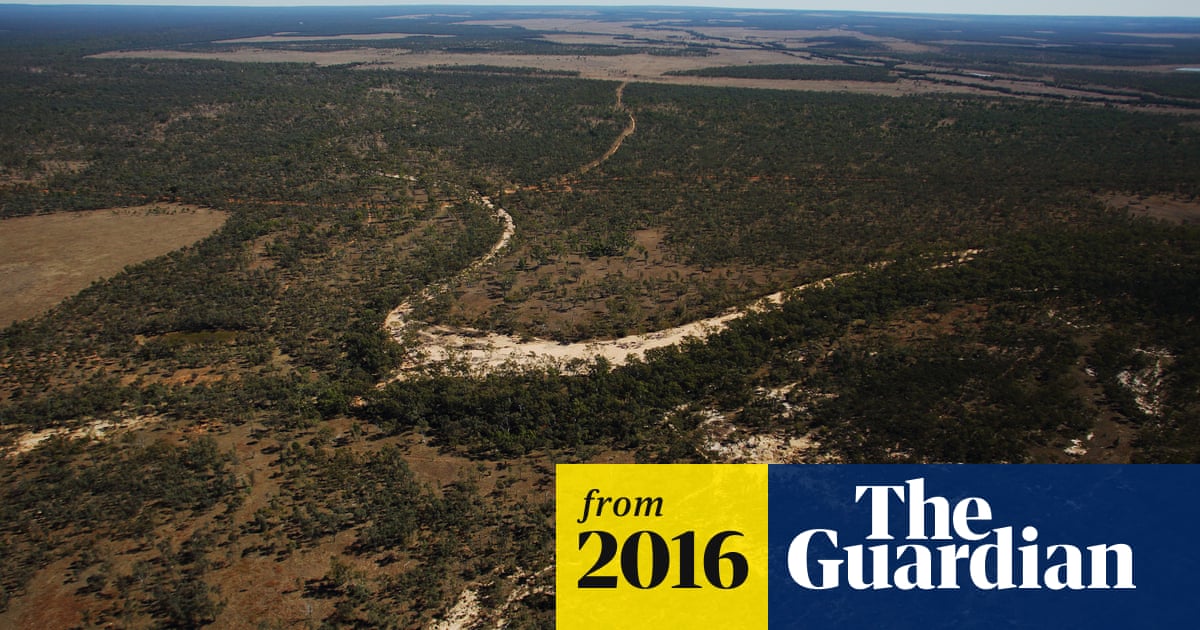 Adani coal mine: green groups fume over plan for $1b federal loan

A $2.2b rail link to the huge Carmichael project has gained conditional approval for commonwealth funding

politicians just kind of glaze over, it’s too much, too long term for them.

I think a major flaw in our democratic systems of government is that politicians get elected for a limited term, usually 4 years. In that time, they try to please their voters and after 4 years they want to show that their efforts have paid off. So they focus on short-term gains in terms of economic wealth, which most voters like, but these have a large price to pay for the next generations.

Whatever gets done about the climate is just too little, too late.

I agree. For all its flaws, the Chinese approach seems to be better at long term planning.

If only they did something about the climate … 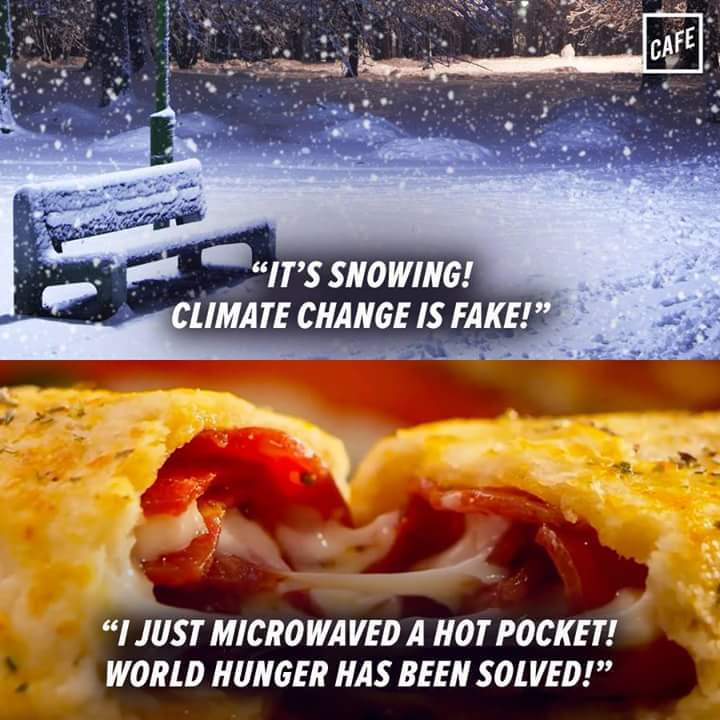 I’m sorry, I know this is a serious topic but your last line reminded me of a famous Led Zeppelin song, “When the Levee Breaks”. I won’t post a link out of respect for our resident monastics’ vows.

I agree. For all its flaws, the Chinese approach seems to be better at long term planning.

remember to always read the text in fine print 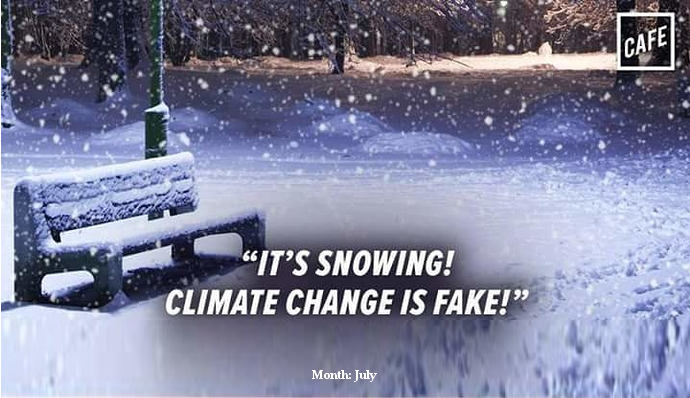 I feel that like most things in this world, change won’t occur in politics until business interests are affected. In the US, short term economic concerns are favored over long term strategies. But, once insurers start to pay billions in payments for floods and fires, or fracking companies are sued for causing earthquakes, or people like Donald Trump see the values of their coastal properties damaged by rising sea levels, then they will act. The unfortunate part is that when climate change and adverse business issues collide in a perfect storm of losses, it will be far too late to reverse the damage done.

Most of us on SC, I feel, act out of logic and reason, out of goodwill and compassion, but the decision makers in the world act out of greed for immediate profits and power. I feel the key is to deliver the message in terms that politicians and businesses understand: that climate change is bad for business, that every CEO’s child and grandchild will be harmed, and failing to act on climate change is poor and foolish leadership.