What I know is that is Nanda’s own sister.
I may be wrong.
Marrying own sister was common among affluent people those days.

Doesn’t this mean something like ‘beauty queen of the community’ and is non-specific? Marrying half-sisters/brother, cousins must be common, especially when princess had more than one wife.

Hi friends
Thanks to you all
The question I’ve asked is not special but I just wanna clean some doubts like Yasodharā who was Rāhula’s mother: some say she was Devadatta’s sister and some say not.

Anyway you are right that marrying own sister/brother was common. They usually did so, I think, because they were Kattiya (king) cast and they were conceited and they didn’t wanna spread their relatives because …

Question to Buddha’s family history in details found here. (about hundred pages with the family tree)

Buddha and his teaching by Narada.

Just to confirm, this is a title or epithet rather than a proper name. It means something like “the finest lady in all the land”. I suppose it might have been used as a proper name, but more likely it was just an epithet that was later taken as a name.

The stories of the Buddha’s family are complicated late and not always in agreement. If I recall correctly, according to the Vinaya it merely says that Nanda was engaged to a beautiful woman, but no more background on her, unfortunately.

Yes Prince Nanda was engaged to marry his sister Sundari Nanda also known as Janapada Kalyani .Marrying sisters/brothers or cousins was not uncommon those days.

Can you indicate which verse says she was engaged to marry her brother? I don’t see that, although I could have missed it.

This this is a translation of Sinhala sutta apadana.In Sinhala translation it is describing that her mother Gothami is exhorting her to join sangha by giving reasons of Nanda did abandon her and all her closed relatives joined sangha.

So what you linked to is the Pali Apadana. And what you say is true, that everyone else joined the sangha.

But there is nothing about her going to marry her brother Nanda. 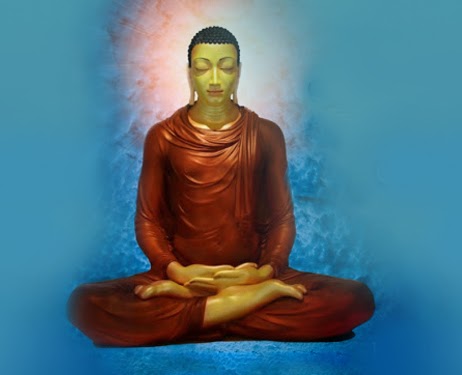 If you can understand Sinhala .

Don’t know whether you can understand Sinhala.T here are some books I have read that Sundari Nanda/Janapada Kalyani was married to his own brother Nanda. Couldn’t find any sources from Google.

Thanks, but I’m looking for a source in suttas or commentaries where it says that Nanda was going to be married to Nandā. Otherwise it appears that there is some confusion because Janapada Kalyani is not a name but a description of someone. And even if it is a name, it seems to have been a common one.

From the description of Arahant Nanda’s going forth, it seems odd that it wouldn’t have been mentioned that it was his sister that he was lusting after.