Why are there no female gurus?

Guru : do you know why there are no female gurus ?
Female devotee : why Guru ?
Guru : simply there are no female gurus and there are no male gurus .
Female devotee : but Sir , I am confused !
Guru : because if you are stuck with gender , then there is no chance you being a guru , you will not be a male guru or even female guru . Much less you will become good guru .
Female devotee : Guru , I still don’t understand ?
Guru : when we say fe(male) it already take into account of male , it includes male obviously . Duality mind suggest female versus male as the opposite without which you could not differentiate . The problem is we are quick in identifying ourselves with body parts !
Hence , the whole mechanism of it perpetuate without stopping due to this thought of separation .
Female devotee : so Guru , in order for us to become a female guru , we need to get rid of our labeling as female or male ?
Guru : there you go again ! When you are the Intelligent itself , there is no identifying , no separation , no naming , not even as a guru ! Life by itself is just life . And liberation and freedom from the known is
then but the flows of life itself
without any tag and name .
Female devotee : thank you Guru .

Funny I listened to the following video yesterday.

Sadhu for posting this

I will post an article on this next week.

I look forward to reading it

However, we do have female gurus in Tibet.
Dorje Pamo Rinpoche was the only one, but now we have many more. 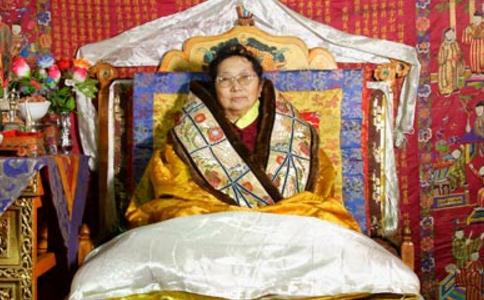 Some sects of tantra supposedly had very strong lineages of female gurus. There are even some texts with the classic teacher-student dialogue where the woman is in the position of teacher, I can the names of some of them if anyone’s interested. Tibetan Buddhism, having a strong influence from the popularity of tantra in India at the time of formation, probably absorbed some of those attitudes as well. I know in some of the root tantric vows of Tibetan Buddhism there is a specific vow against deriding women.

Well, the Oracle in Matrix is a black woman.