Ajahn Brahm is currently in New York City offering teachings in various places before going to Toronto next week for the 10th Global Conference on Buddhism. Buddhist Insights recently posted this photo on Facebook, and I thought it was too good not to share. 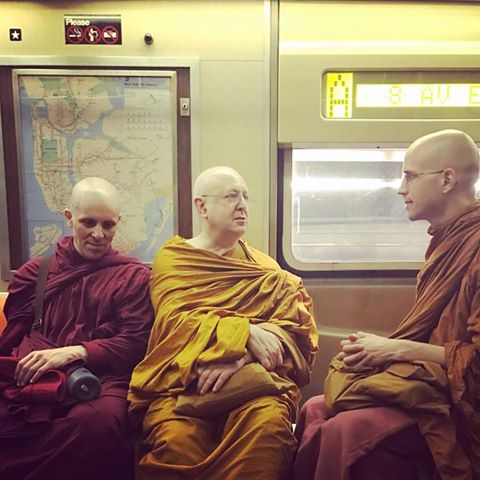 @Bhikkhu_Jayasara is to his right and Bhante Suddhaso is to his left.

There has also been a sighting of Ajahn Brahm on London Underground, too! 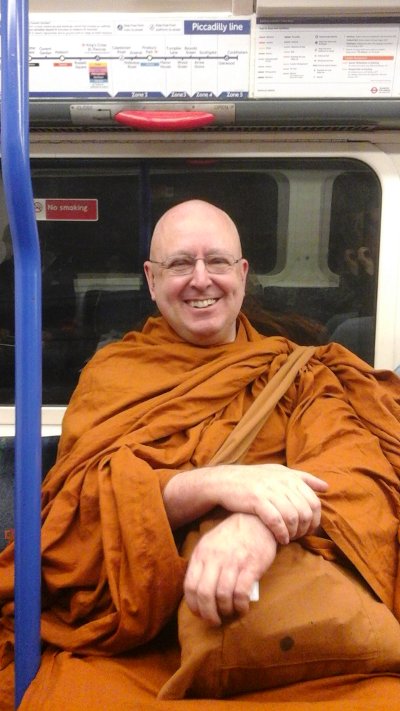 Did Ayya Canda take this?

Couldn’t say for certain, but most likely, yes. I got it from her for one of Anukampa’s newsletters.

[quote=“Brenna, post:1, topic:5686”]
XVIIIth Congress of the International Association of Buddhist Studies
[/quote]I happen to live in the Greater Toronto Area, I’ll check this out, although I am sure only certain people have opportunity to attend, particularly if it is an important conference.

Any idea what they are discussing?

XVIIIth Congress of the International Association of Buddhist Studies

Oops, sorry, I got the conferences mixed up. The XVIIIth Congress of the International Association of Buddhist Studies is in August, the conference that is next week is the 10th Global Conference on Buddhism, which is also in Toronto. I think the tickets are sold out, but I think you can add your name to the waitlist or register to watch the livestream.

Any idea what they are discussing?

At the conference or on the subway?

Either works, I suppose.

Well, the conference looks super interesting, as the topic is Neuroscience and Mental Health.

As for on the subway, I have no idea, probably Star Wars.

By the way, my understanding of the Northern American public transportation system is terrible, does the New York subway reach Wheaton, Illinois?

By any random chance do you happen to know if Ajahn Brahm made it to the Theosophical Society on this visit?

Not that long ago a friend forwarded me a talk given last year by John Cianciosi (formerly Ven. Ajahn Jagaro) on one of Ajahn Brahm’s books - is it at all peculiar that one of my favourite Ajahn Brahm teachings is delivered by someone else?

Anyway, in and amongst it he mentioned how keen he was for Ajahn Brahm to visit. I’m a sucker for happy endings and would be delighted to experience of little mudita for the good people of Wheaton if anyone happens to know if this worked out.

By any random chance do you happen to know if Ajahn Brahm made it to the Theosophical Society on this visit?

It seems that you’re in luck, Aminah!

I’m going to be there tonight, as a matter of fact. I had emailed John Cianciosi a month or so ago, and he was very kind to reply and mention Ajahn Brahm’s upcoming visit to the Theosophical Society. I had not thought I’d be a member of the Theosophical Society this year, but here I am, a 2017 member (meself and Madame Helena Blavatsky) with a ticket to see Ajahn Brahm’s talk tonight.

PS: I have given some thought to bringing some copies of The Sutta Nipata (Mills/B. Sujato) with me tonight. I may leave 5-10 copies in the library at the Theosophical Society. I still have sets of these beautiful books, and aside from those that I mailed out to my list, I have been distributing the balance of the books when and where I can, even when I was in Thailand . 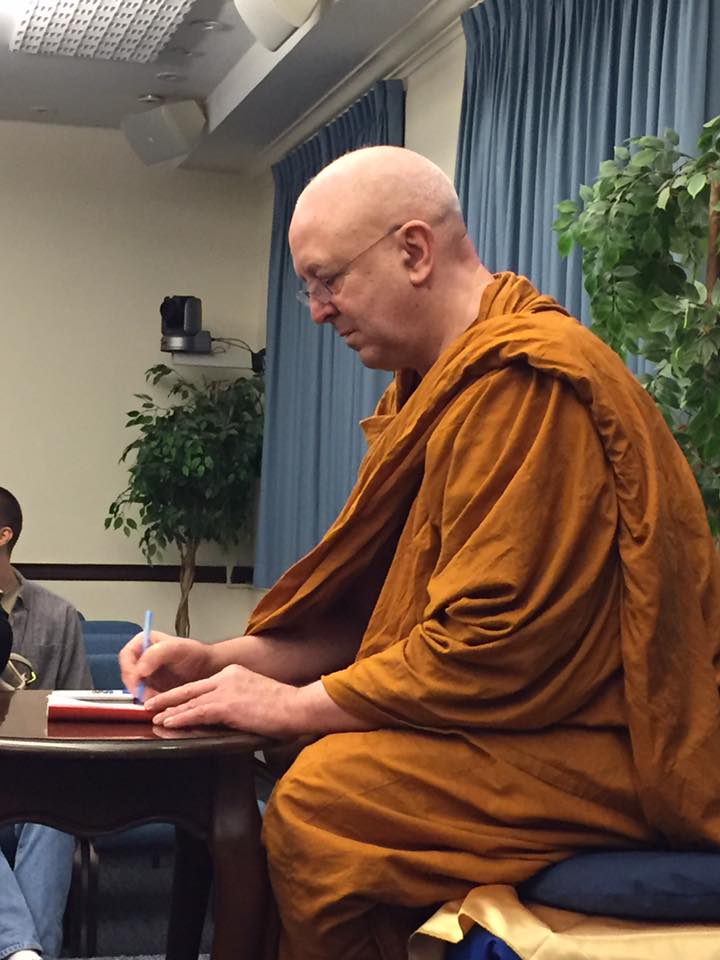 Photos from the event at The Theosophical Society. Bodhinyana’s first abbot, the former Ajahn Jagaro and now as a layman John Cianciosi (Director of Programs at TS) , is pictured at center.

It didn’t take long for Ajahn Brahm to mention Yoda in the first talk of the conference so I think you might have been right.

It didn’t take long for Ajahn Brahm to mention Yoda in the first talk of the conference so I think you might have been right.

I’m watching as well and I quite enjoyed the Yoda reference.