I was reading an article about Meta Forest Monastery in the states (believe in California) and I was wondering how would it survive on or even receive alms food in clearly a non Buddhist area. I’m in the southern U.S. and I’m the only practitioner I know. Surrounded by people that think Buddha is just a statue of a bald fat guy in front of the Chinese restaurant. If there was a Sangha in my neck of the woods there is no way it could survive. I would be the only one giving alms. 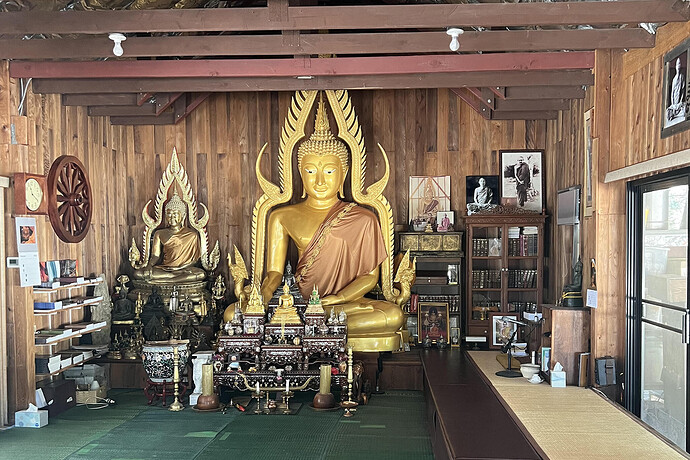 The holy mountain in Valley Center

Yeah, it’s a combination of things.

Wat Metta is famous enough that Buddhists come from all over the US (and world!) to visit and they usually bring food with them. Secondly, there are a lot of Asian immigrants in California who support the Buddhist monasteries there. Lastly, after being in an area for a while, people start to pick up on what’s going on. Than Pamutto famously was able to go on Tudong around the American Northeast. He’d stand outside the local grocery store and eventually people would ask what he was doing… and eventually someone would offer him some food. Turns out there are, in fact, some kind and generous people in America!

I would be the only one giving alms.

Unless you have psychic powers, there is no way to know that. Giving food is an ancient and universal practice. You would be surprised who steps forward.

There are always outsiders. The more homogeneous a place seems, the more passionate those who don’t fit in are.

Anyway, it’s kind of a theoretical discussion. Neither one of us will be able to prove our beliefs. I’m just suggesting to be open to the possibility. Otherwise you shut the door before it’s open.

Indeed. But people are also curious. They’d ask and then the monk would tell them. It’s not that complicated.

It’s worth trying. You’d be surprised.

I understand that the emptiness of the bowl creates a space-time vacuum that must be filled, it will work basically anywhere, due to thermodynamics and physics.

As ever, the difficulty is in creating some emptiness in the first place!

You’re mixing up many levels of nothing there. The laws of physics wouldn’t help in filling the level 1 nothing. And it’s not level 2 vacuum.

In the US, I think many would be inclined to give, but they would only have cash to give. Would that be acceptable?

but they would only have cash to give. Would that be acceptable?

Nope. People will often, but not always, go to buy some food if it is close by.

I stayed at Wat Metta for a couple months. Once a week there would be a community day where the Thai community of the Escondido/San Diego area would come and basically provide a potluck banquet for all the bhikkhus and resident lay people, participate in chanting and meditation, and later receive teachings from Ajahn Geoff. This was done on Sundays, so it was kind of our “sabbath.” The rest of the week the resident lay people at the monastery would cook for the bhikkhus; as laypeople this was our most important duty because, without laypeople to cook on-site at the monastery, the bhikkhus would not be able to sustainably receive food. Almsround was done, but it was more of a simulated, formal ritual than a practical reality; the resident laypeople would line up before the meal and put rice in the bhikkhus’ bowls as they walked past, but all of this would be done on the monastery property, right outside the dining hall. Again, more of a ritual for both the monks and the laypeople to simulate a cultural form that is, as you point out in your OP, simply not present or practical in much of America. After the bhikkhus sat down in the refectory, then the real meal offering would begin and large trays of food would be passed along according to seniority. After the bhikkhus ate, the laypeople would then have free reign on the leftovers, of which there was always plenty.

At Wat Metta, people would give money which would then be used by the resident laypeople to purchase groceries.

I think that alms rounds in the US would have to be done outside grocery stores then. It is common, especially around Thanksgiving, to have people wait outside stores collecting food for food banks to have lists of needed foods and people will buy and donate on the way out. Most Americans would need a list of allowable food since they would not know offhand what a monk can eat.

Well, on almsround you take what you get. Except for raw meat, there really isn’t anything in an average grocery store that couldn’t be offered.

You just explain that you are collecting food for your last meal of the day so anything ready to eat is fine. It’s not that complicated.

Also, if an individual monk/nun or a monastery showed up here, at some point there would be a news article about them. Which would educate more people on what they was doing.

The Pacific Hermitage makes its daily alms rounds through the town of White Salmon, Washington, USA. 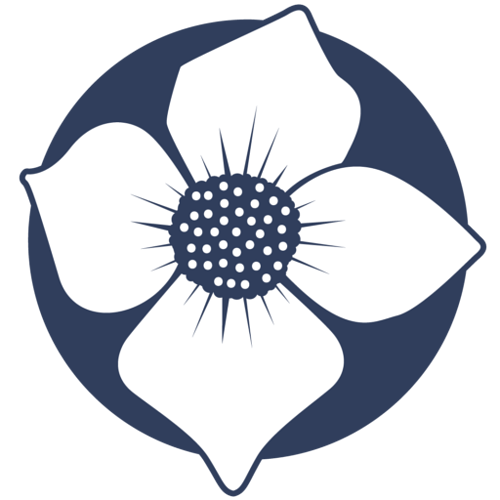 A Buddhist Monastery in the Columbia River Gorge