Am I wrong to say that This vinaya story shows that neither "self" exists nor it doesn't exist is what the Buddha believes in?

SuttaCentral
The account of a fine group of people
When the Buddha had stayed at Benares
for as long as he liked, he set out wandering toward Uruvelā. At a certain point he left the road, entered a forest grove, and sat down at the foot of a tree.

Just then a fine group of thirty friends and their wives were enjoying themselves in that forest grove. Because one of them did not have a wife, they had given him a prostitute. While they were all carelessly enjoying themselves, that prostitute took that man’s possessions and ran away. To help their friend, they all went searching for that woman. And as they walked about that forest grove, they saw the Buddha seated at the foot of a tree. They approached him and said, “Sir, have you by any chance seen a woman by herself?”

They told him what had happened.

“It’s better for us to search for ourselves.”

“Well then, sit down, and I’ll give you a teaching.”

Saying, “Yes, Sir,” those friends bowed to the Buddha and sat down.

The Buddha then gave them a progressive teaching: talk on generosity, talk on morality, talk on heaven; and he revealed the danger, degradation, and defilement in worldly pleasures, and the benefit of renunciation. When the Buddha knew that their minds were ready, supple, without hindrances, joyful, and confident, he revealed the teaching unique to the Buddhas: suffering, its origin, its end, and the path. And just as a clean and stainless cloth absorbs dye properly, so too, while they were sitting right there, they experienced the stainless vision of the Truth: “Anything that has a beginning has an end.”

They had seen the Truth, had reached, understood, and penetrated it; they had gone beyond doubt and uncertainty, had attained to confidence, and had become independent of others in the Teacher’s instruction. And they said to the Buddha, “Venerable Sir, we wish to receive the going forth in your presence; we wish to receive the full ordination.” The Buddha said, “Come, monks. The Teaching is well-proclaimed. Practice the spiritual life to make a complete end of suffering.” And that was the full ordination of those venerables.

Contemporary women's concerns about apparent sexism in the EBTs
Akaliko November 18, 2021, 10:54am #2

Ahhhh @Ratana ever the master of provocative thread titles!

But actually this story (though interesting for many reasons) proves nothing of the sort.

It’s always best to read the Buddhist teachings in context, to see things as part of the whole and full picture, rather than just ‘cherry pick’ single passages, trying to prove some point, or confect an ‘ah ha gotcha’ sort of breakthrough.

There are literally hundreds of suttas where the Buddha defines and explains the doctrine of not-self.

11 posts were merged into an existing topic: Understanding the position of women in Ancient India

Dear Ratana,
I moved most of your title into your post. Bhante is right that you are

ever the master of provocative thread titles!

but this one is far, far too unhelpful for ordinary readers.

I also switched your thread to the Watercooler, because it is very unlikely to lead to serious discussion.

But actually this story (though interesting for many reasons) proves nothing of the sort.

Sometimes the interactions here are very similar to sockpuppet show … 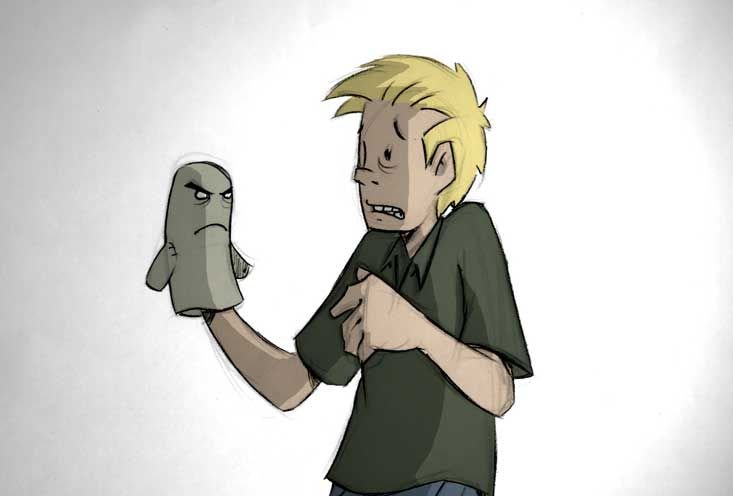 Sock Puppeteering, is defined as “A method of trolling in which the troll takes on the name of another user or celebrity, and uses their alternate identity to fool and control members of an internet community.” Traces of “sock puppeteering” can be...

For example, I just finished washing my car in the yard, then my neighbor (say his religion is Christian) greets me: “hi… you wash your own car …”. Should I answer: “No self washes this car, and no self owns this car”. Is that kind of answer really the answer I should give, do you think?

I think the meaning is close to ‘why do you search for something in the darkness as you are blinded by delusion, shouldn’t you rather seek the dispelling of darkness from the mind?’

Firstly I’m glad the thread title has been changed as it was a little polemic!

I know that you read the suttas a great deal so you’re aware that it is commonplace for the Buddha and others to use conventional terms such as I, you, we, he, hers, his ours, yours etc but you seem to getting caught up on the “yourselves”, I assume because it contains the word self? And you think this somehow proves the Buddha actually believed in a self?

Leaving aside the obvious quirks of language and translation (and remembering that the English language and word “yourselves” didn’t exist at the time of the Buddha) for your theory to be true, all the other suttas where the Buddha carefully explained the definition and doctrine of not-self would either need to be entirely fake, or a cunning ruse by the Buddha to throw us all off track until this one true reading of the truth of self was found by you, thousands of years later in the single text that the Buddha slipped up in and revealed his true position that there is a self.

But doesn’t this seem unlikely?

I know from your previous posts on the topic of not self that you have difficulties accepting this teaching. Perhaps you believe in the existence of a permanent , unchanging self and seem to want this view of yours to be reflected in the texts. Rather than looking for proof of something that we want to see in the suttas, we should instead investigate what the Buddha and his disciples said over and over again about not-self. Things like: there is no permanent, unchanging self, that we mistake the 5 khandhas for self, that we are conditioned and self is constructed, that our understanding of self is based on a flawed view…

These types of things are profound and difficult to see but they are all throughout the suttas, whereas the idea that the Buddha believed in self in the way you are suggesting is not found and is in fact roundly refuted.

The OP text is delivered to laypeople and the recommendations given by the Buddha are divided into two stages, which in reality could be separated by an expanse of time. The two are the standard ‘gradual instruction,’ and then the higher teaching, the culmination of which is the knowledge of impermanence:

"Then the Blessed One, having encompassed the awareness of the entire assembly with his awareness, asked himself, “Now who here is capable of understanding the Dhamma?” He saw Suppabuddha the leper sitting in the assembly, and on seeing him the thought occurred to him, “This person here is capable of understanding the Dhamma.” So, aiming at Suppabuddha the leper, he gave a step-by-step talk, i.e., a talk on giving, a talk on virtue, a talk on heaven; he declared the drawbacks, degradation, & corruption of sensual passions, and the rewards of renunciation. Then when he saw that Suppabuddha the leper’s mind was ready, malleable, free from hindrances, elated, & bright, he then gave the Dhamma-talk peculiar to Awakened Ones, i.e., stress, origination, cessation, & path. And just as a clean cloth, free of stains, would properly absorb a dye, in the same way, as Suppabuddha the leper was sitting in that very seat, the dustless, stainless Dhamma eye arose within him, “Whatever is subject to origination is all subject to cessation.”

I was thinking of the 5 precepts for lay people, not 8 precepts.

I have moved the thread back to the Watercooler @Ratana, because it was asking for opinions rather than objective facts, so your topic is generating quite a bit of discussion.

No worries dear @Tea, language is indeed complicated, as are translations! And I’m always so amazed that people are so fluent in multiple languages, a skill I definitely lack.

because it was asking for opinions rather than objective facts,

Sis People Are Entitled To Their Own Opinions But Not To Their Own Facts, nevertheless I don’t mind you changing it to watercooler and I won’t change it back to anything, I am ok with it

Thanks for the moderation

Update1 I have changed the title again I really want facts here not opinions sis, this is a serious matter if I have wrong view I would go to hell and watercooler may not be enough to cease my suffering in hell

I know that you read the suttas a great deal so you’re aware that it is commonplace for the Buddha and others to use conventional terms such as I, you, we, he, hers, his ours, yours etc but you seem to getting caught up on the “yourselves”, I assume because it contains the word self? And you think this somehow proves the Buddha actually believed in a self?

if you interpret “yourself” conventionally you need to answer

Could you quote a sutta where Buddha explicitly said there’s no self ?
What I know is the Buddha never said such a thing he also never said that there’s a self so maybe neither there is a self nor there isn’t, do you agree here ?

What we know from sutta are eye is not self ,“all” are not self, nibbana is not self but I wonder why Buddha spend more efforts to deny them one by one rather than directly explicitly said “there’s no self period” I think there might be some reason including that self neither exists nor doesn’t exist , I think we should not rule out such a possibility

Why did the Buddha ask us to seek something impermanent like ourselves not nibbana ?

Because we don’t have a chance of finding nibhana before we’ve looked and looked everywhere and realised there is no self to be found.

That’s a great question. Thank you.

Bhante @Khemarato.bhikkhu could you help friend Ratana with some of the Buddha’s best known teachings on anatta, please?

Bhante @Khemarato.bhikkhu could you help friend Ratana with some of the Buddha’s best known teachings on anatta, please?

Sure! @Ratana - I created this course on Buddhist Philosophy just for you

Hope you find it helpful!

“If a bhikkhu is an arahant,
Consummate, with taints destroyed,
One who bears his final body,
Would he still say, ‘I speak’?
And would he say, ‘They speak to me’?”

“If a bhikkhu is an arahant,
Consummate, with taints destroyed,
One who bears his final body,
He might still say, ‘I speak,’
And he might say, ‘They speak to me.’
Skilful, knowing the world’s parlance,
He uses such terms as mere expressions.”

“No knots exist for one with conceit abandoned;
For him all knots of conceit are consumed.
Though the wise one has transcended the conceived,
He still might say, ‘I speak,’
He might say too, ‘They speak to me.’
Skilful, knowing the world’s parlance,
He uses such terms as mere expressions.”

So conventional references to self are a non-issue.