I came across this in the library and was quite impressed! 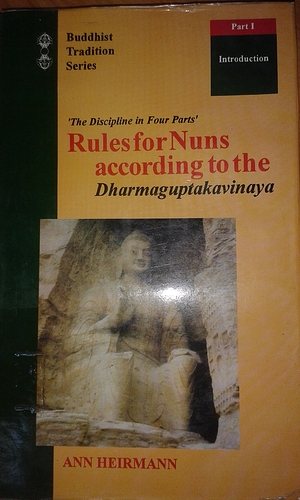 It’s in four vols. and looks like a good research and translation.

The author is Ann Heirman and she’s the co-editor of another book in which I’m very interested, “The spread of Buddhism”.

In no region of the world Buddhism can be seen as a unified doctrinal system. It rather consists of a multitude of different ideas, practices and behaviours. Geographical, social, political, economic, philosophical, religious, and also linguistic factors all played their role in its development and spread, but this role was different from region to region. Based on up-to-date research, this book aims at unraveling the complex factors that shaped the presence of particular forms of Buddhism in the regions to the north and the east of India. The result is a fascinating view on the mechanisms that allowed or hampered the presence of (certain aspects of) Buddhism in regions such as Central Asia, China, Tibet, Mongolia, or Korea.

Those in Belgium should make friends with her since she’s the founder of a Buddhist centre there! 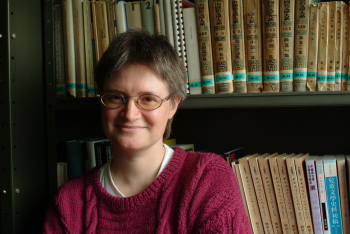 Ann Heirman, Ph.D. (1998) in Oriental Languages and Cultures, is professor of Chinese Language and Culture and head of the Centre for Buddhist Studies at Ghent University in Belgium. She has publis…

Here are the recordings of an e-learning course held in 2014 at Numata Center for Buddhist Studies, university of Hamburg, where Ann Heirman also gave a lecture: