As someone who hails from Washington, known as The Evergreen State due to all the evergreen trees like the Douglas-fir, I think it would be nice to incorporate those in a logo.

Dear @turntables , thank you so much for taking a whack at it. I like the Buddha as the central and simple feature (perhaps I like him more as the mountain metaphorically). Birken’s (above) really is the favorite logo I’ve seen. The curve of the Buddha contrasted against the straight lines radiating, its self-contained nature. I’m leaning towards not having much explicitly in terms of mountain or evergreen imagery, but just that of the sasana. The name is already so explicitly an image, it seems like over-playing our hand to draw it into the logo as well. Something unrelated to mountains is fine. Anumodana again, all.

@Radius - thank you so much for the effort. I quite like the circle and the radiating lines ala Birken’s logo. I might take out the mountains and valley imagery an focus on purely Buddhist symbols. Also, the two logos don’t have to be completely related; a bit of difference could be good as one is a purely monastic endeavor and one is a center run by laity, albeit for monastics.

I so appreciate you taking the time. Big fan of the simplicity of radiating lines.

No worries. A giant sun-head monk was always going to be a bit menacing

It gave me some appreciation for people who do this professionally.

Big fan of the simplicity of radiating lines.

Out for a stroll just now, spotted this guy. Radiating lines! 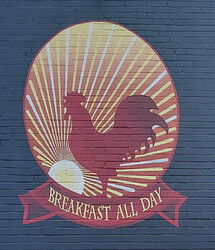 Hey @Radius, is this just a thinly veiled excuse to bump @nisabhobhikkhu’s request back into view? Yes, yes it is indeed… Surely there are more Buddhist artists out there.

Here’s the design problem: if we have “the Buddha as the central and simple feature” and “the simplicity of radiating lines” then it’s basically going to be +/- the Birken logo. We could add more lines than Birken to adjust for inflation but outside that I’m coming up blank.

lol thanks @radius. I like the rooster! I agree with the problem of echoing the Birken logo. I’m not set on exact similarities like radiating lines, etc. I do like simplicity and Buddhist imagery, but this is such a generic statement it seems silly. I more was just hoping to see what those inspired in the visual realm might come up with, and tend to lean more towards Buddhist imagery in the logo than mountain imagery, but I’m open. Thanks for bumping the topic!

Noun project icons can be used for free if used as-is with credit to the designer. I’m particularly fond of this minimalist Buddha

Outter circle from Ajahn Kovilo’s concept art. I believe my aim was some kind of Japanese calligraphy, 5 brush strokes. It fails on 2/3 of “clarity, elegance, and boldness” and doesn’t fit the style of your website. No problem - this is not mine, I am not this. I’ll 'fess up, I’m only including it because it makes the 2nd one look better 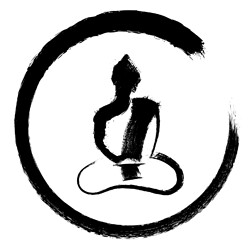 I omitted the classic top knot for the next concept as I’ve never seen a Buddhist monk with hair. I preemptively concur that it leans towards cartoonish rather than noble but it could be finessed into elegance with some TLC. 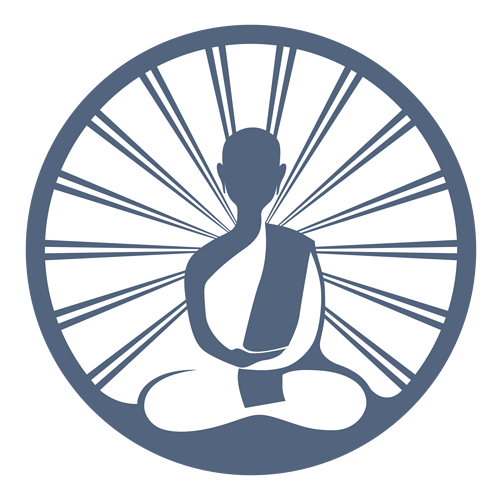 I did learn what a sanghati is, so that was something. 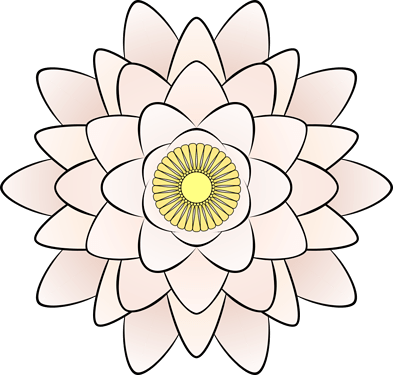 Lotus flower or anemic pinecone? I will leave that evaluation to the viewer.

Dear @Radius ,
First, your loving attempts to elevate this topic through rooster posts, Dhammic prizes, and your own artwork are great. The time you put into these logos is so appreciated; really. Sadhu! I know life is busy, and the fact that you took the time to actually put some stuff together is wonderful. I actually quite like the first of your Buddhas. The second is just a bit too much like Birken’s, and Ajahn Kovilo and I like the topknot included. It might work if it was a bit less birken-ish with the radiating lines (I know I said I liked them, but perhaps not a literal inclusion - too similar. Just the feel) and a bit less cartoonish?

However, with the first, I like it quite a lot already. I really love how the circle in the first mimics a “C” as well. I’m not sure the rustic calligraphy style is a problem, either. Might contrast nicely? Judge for yourself (see below). I wonder if there’s anything else we could do with the Buddha or around it to make it a bit more complex though (not sure what!). It’s just a bit too simple now. However, I think the signal to the name through the implied “C” of the circle and focus on Buddhist imagery is brilliant. Please feel no pressure to do more unless you feel motivated - what you’ve given is already great fodder for the design going forward.

Sadhu!
in the Dhamma,
Nisabho Bhikkhu 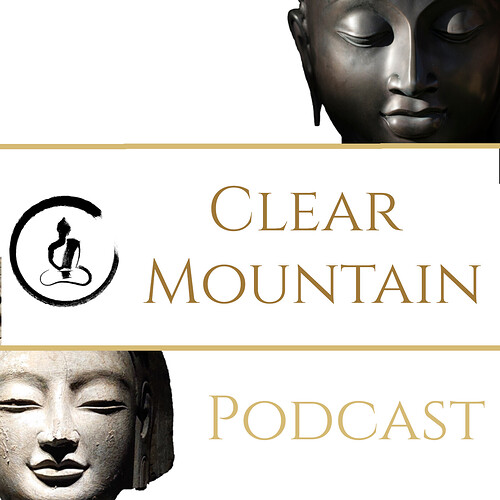 I would alter color and such. Just a test!

Yeah. I like it. But something else inside. It’s a little too simple. But I love the simple ethic, and the rustic feel works fine. Nice!

The Buddha’s a mountain, which is great.

Dear @turntables, I also tried your logo out. Sadhu again! If you have any ideas or iterations for @radius design, in terms of making a bit more happen inside the circle, feel free to chime in. All voices are welcome. I really appreciate the time. Sadhu.

Thank you for the feedback and for giving us an opportunity to help, Bhante.

I think the circle logo would look good with just one part of the robe colored. 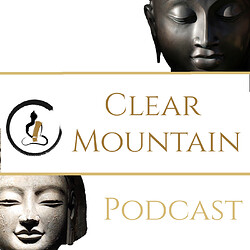 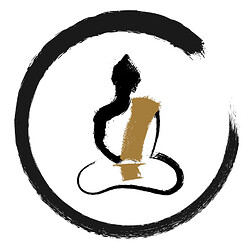 In terms of adding more to it, perhaps there could be a minimal hint at some sort of background structure?
I don’t currently have access to the tools to make it look nice, but just to visualise the idea: 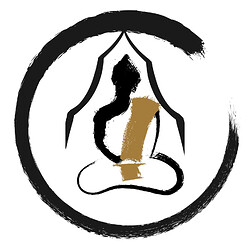 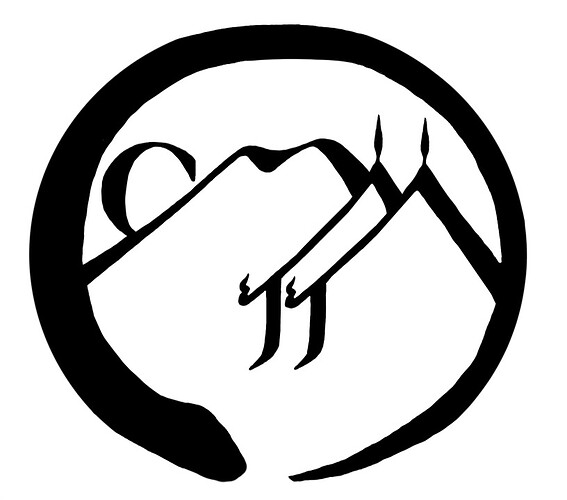 Could use the mountain from Ajahn Kovilo’s? It mimic’s an “M” and looks like Rainier near Seattle. Nice colors!

But yes - the Buddha image is gorgeous. 5 strokes. 5 faculties. It and the circle are great. The rustic calligraphy style works well. Just need a bit more…

Unquestionably so. As for design feedback/changes don’t hesitate - I had 2+ decades industrial design, iteration is second nature; I’m a palm stump in that regard.

I intend playing further over the weekend; here are native files if anyone wants.

Radius, just looking at the source files showed me how much time you’ve already put into this. It’s really heartening. Anumodana! I don’t think you can improve on that 5 stroke Buddha. As to other elements, do as you will. I’m no artist, but I like how it’s shaping up. Sadhu! Where are you based, by the way? @turntables , I love the input as well, though I’ll need a mono-color version of the logo as well, most likely. The gold sanghati’s a nice splash though!

Hey All, some of the other contributors had to back off of the project for lack of time. If anyone else feels inclined to take a whack at it, feel free! If not, @Radius and @turntables already provided some great material for me to work with going forward. The 5 stroke Buddha and enso circle mimicking a “c” are great. I think the addition of a bit more inside might do the tricl.