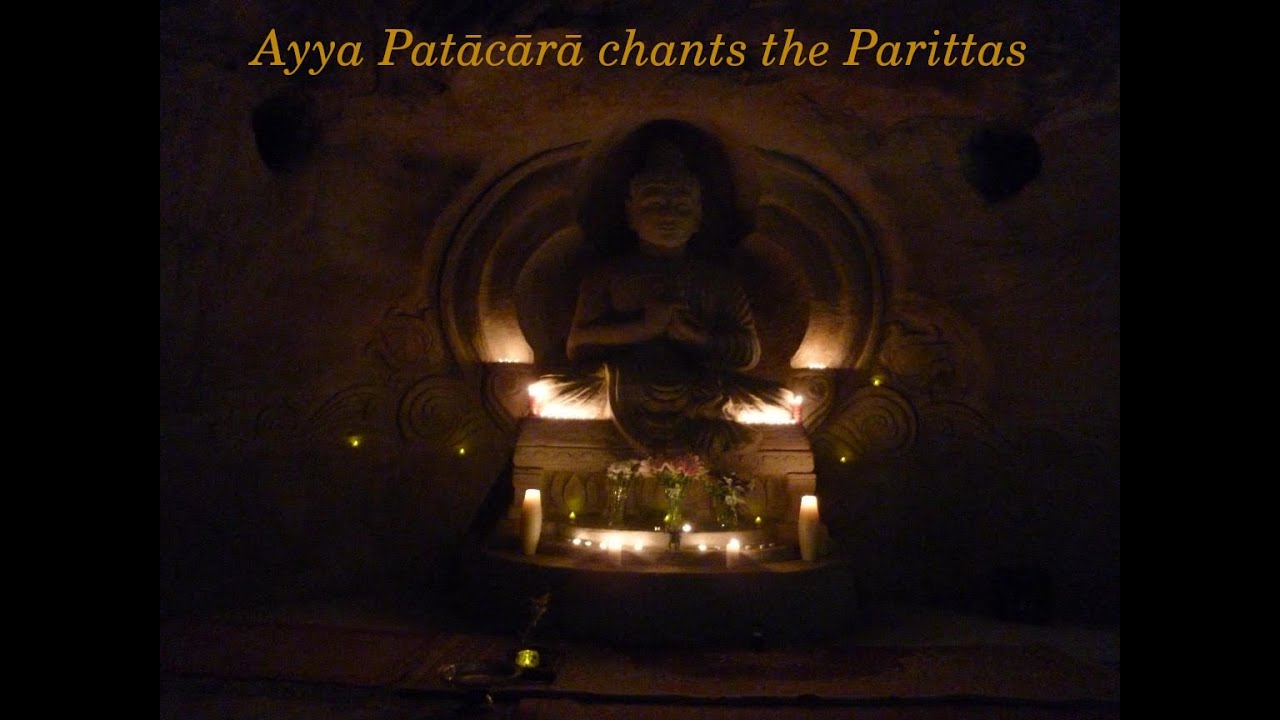 Ayya Patācārā was a Buddhist nun at Santi Forest Monastery in New South Wales, Australia for many years. She was ordained by Bhante Sujato, abbot of the monastery at that time. She disrobed in 2014.

Ayya Patācārā was exceptionally gifted and crafted beautiful sculptures and carvings around the monastery. Her masterpiece is this 3 meter high Buddha statue in Gandhari style in a sandstone cave known as “The Big Cave”. This cave was excavated under the leadership of Bhante Sujato on the monastery’s land. It took Ayya Patācārā 2 years to complete it.

She also had a beautiful voice as you can hear on this recording from 2013.

She is now boardmember of Samita ASBL.

I thought this chanting was very beautiful! Out of curiosity, and to try to improve my knowledge of such chants, I figured out for myself what these chants were (some I recognized but not others) and tracked down some Pali words and translations for them. Luckily, almost all were to be found in the online version of Bhante Gunaratana’s Bhavana Vandana. The pages in that come in pairs (Pali on the left and corresponding English translation on the right). Anyway, I’ll cut and paste my list here in case it might be of use to someone else:

Thank you so much for the resources.

You can also find it in the Tilorien Changing book: Books – Samita ASBL

Cool, I wasn’t aware of that! It was fun figuring out what all the chants were but the Tilorien Chanting Book may have made the process a bit easier!

P.S. The links to the Tilorien chanting book seem to be broken in the webpage you link to!

The links to the Tilorien chanting book seem to be broken in the webpage you link to!

That’s weird. I just clicked on them and got both the pdf and the epub …

That’s weird. I just clicked on them and got both the pdf and the epub …

Maybe someone else could try out the chanting book links? The later links on the page work fine for me, but also don’t point to stuff locally hosted in Tilorien I think.

The site is temporarily down because we are moving it.

They just informed me the Tilorien site will be down for 24 hours but I have uploaded the files in a different location and changed the links so you should be able to download these now.

Thanks! I successfully downloaded those now!