Book review: The non-existence of the real world by Jan Westerhoff

Interesting review of the book “The non-existence of the real world” by Jan Westerhoff (link: Really? - Los Angeles Review of Books).

WHAT DOES “REAL” MEAN? To be real is to objectively exist — to not be hypothetical, imaginary, or illusory. How could anyone possibly make the outlandish and incredible assertion, as Oxford philosopher Jan Westerhoff does in his 2020 book, The Non-Existence of the Real World , that the real world does not actually exist?

UC Irvine cognitive scientist Donald Hoffman recently explored this issue in his discussion of his 2019 book, The Case Against Reality: Why Evolution Hid the Truth from Our Eyes. Hoffman explains that, contrary to popular belief, perceiving the world accurately does not give organisms a survival advantage. It seems intuitively obvious that animals who see reality as it is would be better at finding food, avoiding predators, and seeking mates — but what really matters is adaptive behavior tuned to fitness payoffs. Hoffman and his mathematician colleague, Chetan Prakash, have constructed a “Fitness-Beats-Truth Theorem” that they have tested and confirmed in multiple computer simulations. Their research has been peer-reviewed and published in academic journals. Hoffman and Prakash stress that the structures of fitness payoffs differ from the structures of objective reality. As Hoffman says, “What we normally take to be reality is, in fact, a simplified virtual reality, shaped by natural selection to guide adaptive action.” According to his interface theory of perception, each perceptual system is a user interface analogous to the desktop screen of a laptop. The icons on the desktop hide reality but deliver functionality.

Hoffman claims that evolution hid the truth from us. Westerhoff goes one step further and makes the more radical assertion that the real world does not even exist. Westerhoff’s important qualification, however, is that, by “real,” he means independent of human “cognitive activities.” Since everything we believe and experience can be considered a product of cognitive activity, mind-independent reality is unknowable, and Westerhoff’s claim appears more plausible. He acknowledges that the brain creates a representation of external objects, but “nevertheless, this representation does not have any implications for existence beyond the representational framework.” This represented world is “built around a conceptual scaffold of notions like causation, time, space, logical implication, physical, mental, abstract, concrete, and so forth.” The point is that the representation and that which it represents are two different things. For example, the objects in a dream do not have an existence outside the dream. In a dream, the brain can generate our experience of an object (presumably via a storage retrieval process) without the presence of the object. We create the representation, but we do not have direct contact with the thing represented. Ordinary daytime experiences can be thought of as dreams constrained by sensory data. In both the dreaming and waking states, our brains create a virtual reality so automatically and so perfectly that we take it to be the real thing. We are totally unaware of this ongoing reality-construction process, which is invisible to us.

Just thought it was interesting

IMO “the brain creates a representation of external objects” becomes a bit circular though, since within this philosophical framework ‘the brain’ is a part of the virtual reality / dream, and can’t really explain anything being itself illusory.

Maybe this is dealt better with in the actual book, which i haven’t read

Westerhoff goes one step further and makes the more radical assertion that the real world does not even exist. Westerhoff’s important qualification, however, is that, by “real,” he means independent of human “cognitive activities.”

This made me laugh. There always has to be bold, marketable claim, and only somewhere in the third paragraph the caveat about a different and restricted meaning of the main term

Apart from that - thanks for sharing, good stuff, food for thought.

On a similar topic is a recent episode of Mindscape podcast: 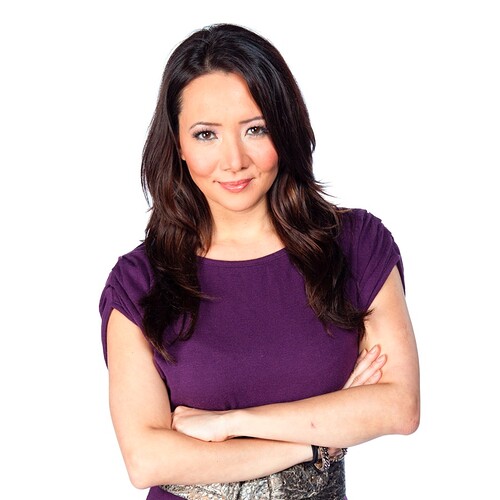 IMO “the brain creates a representation of external objects” becomes a bit circular though, since within this philosophical framework ‘the brain’ is a part of the virtual reality / dream, and can’t really explain anything being itself illusory.

I don’t know how many times I’ve tried to explain to someone that Yogacara theory is saying our experience of objective reality is a representation, not the external world itself. I think some idealists were trying to describe that while themselves conflating the two things, resulting in the apparent absurdity that external objects are created by the mind.

People who have hallucinations are a good edge case for thinking about what is really happening, too. It’s like whatever filter normally stops the creation of arbitrary sensory experiences gets inhibited, and then they have dream-like experiences while awake. Paranoid delusions are like a cognitive version of the same problem: Some reality-checking mechanism that normally distinguishes something real from something imagined goes haywire and stops working. It could be something wrong in the brain, or (as recent political trends have proven) it could be a flood of bad information tilting our sense of what’s real and what’s imagined.

But, yeah, Buddhists caught onto this problem a long time ago.

Speaking of “reality,” has anyone seen A Glitch in the Matrix on Netflix yet? I’m hoping to watch it soon. I’ve been thinking about simulation theory, and that’s kind of what the Buddha taught, right? That we live in a simulation created by the combination of our 5 aggregates and the Three Poisons?

I don’t know how many times I’ve tried to explain to someone that Yogacara theory is saying our experience of objective reality is a representation, not the external world itself.

I for one think Idealism is a perfectly reasonable interpretation of passages such as:

These vijñapti are just vijñapti (vijñapti-mātra), because there is no [corresponding] thing/object (artha)…Just as in a dream there appear, even without a thing/object (artha), just in the mind alone, forms/images of all kinds of things/objects like visibles, sounds, smells, tastes, tangibles, houses, forests, land, and mountains, and yet there are no [such] things/objects at all in that [place]. —Mahāyānasaṃgraha II.6

Not to say that its the same as say, Berkley or Plato, there are many different types of idealism of course. But it seems reasonable enough to me (as reasonable as other metaphysical theories anyways, and better than materialism!).

While not related to Yogacara, I’m reminded of something Tan Ajahn Anan (a direct disciple of Ajahn Cha’s who is believed to be an arahant) once told me. I was staying at his monastery, and in the evening he would make time to answer the questions of the Westerners. A Western monk was asking a question, I forget what it was, but the subject of reality came up. Tan Ajahn said something along the lines of “The world isn’t real.” I didn’t get any more of an explanation than that at the time, but about 15 years later I saw a quote in a book of his where he said something like “Nibbana is the only real thing. Nibbana is reality.” That’s an interesting take on what “reality” is.

I’d view a passage like that as an explanation of how dharmas can be empty and unreal, yet there’s a world we walk around in. It’s akin to early Buddhists saying there’s no person, but still humanity appears to exist. They go to great lengths to get it across to us that atman and pudgala are ideas, not real things. Mahayanists moved on to dharmas (the real things to early Buddhists) and did the same thing.

There’s the famous Vasubandhu verse that says the world is created by the mind. Now, I think it’s possible he meant it like the famous first verse of the Twins chapter of the Dhammapada. But he might also have really thought the world was made by the mind in an idealistic way. I mean, people get carried away or write stuff that’s not clear. It happens.

I’m not an expert in Yogacara texts (alas! we walk on the earth for so short a time!), but I seem to recall that Xuanzang states in his Yogacara text (I believe it was this one), so as to avoid these confusions, that the external world does exist in a non-conceptual or unintelligible way. Sort of like an undifferentiated bhūtatathatā type of thing. I mean, it’s before human senses fabricate something from it. I’m writing from memory, though. I may be combining a couple things I read.

Yea, things get complicated when you begin to factor in other minds and trees in forests falling down with nobody around! Yogacarins had their hands full with this stuff for centuries.