Update: In light of Biden/Nato’s withdrawal, and the rapid Taliban advances in the country, this return of art is looking increasingly like a bad decision. I hope there is some plan to rescue this art before it’s too late….the latest US government assessment says Kabul could fall in 90 days.

Here is a National Geographic article from May about the fate of ancient artifacts in Afghanistan. Things have only gotten worse since then.

This is a complex situation raising questions about heritage and who “owns” it—the current inhabitants of the land that produced it but rejected it or those who truly embrace the ideas that generated that heritage in the first place. No easy answers.
Although, the British Museum is tainted by its history of dubious acquisition during colonial times, currently, perhaps it’s the safest place for these artifacts.
Maybe it’s time for the Sutta Central template to be applied to Buddhist art!

those who truly embrace the ideas that generated that heritage in the first place.

Much too slippery. Just sounds like outsiders saying “you don’t really appreciate this so we’re taking it.” I know it’s a complex thing, but I can’t find any way to justify having stolen things.

I’m reminded of a quote I read back when the Bamiyan statues were bombed. Something to the effect of “people in the west seem to care more about statues being bombed than people being bombed.” Of course this is a sweeping statement, but it did make me pause and re-think my position.

Also, if we are going to talk about broader issues, we should recognize that the situation with the Taliban, while not unique, is not the same as the majority of stolen property. Also, nowhere is really safe. Think of the Brazilian national museum that burned to the ground. As well, the vast majority of artifacts in western museums are not even on display.

But if it’s all too heavy to think about, you might enjoy this video:

To be completely honest, I absolutely love museums. I love visiting them and seeing things. But if I reframe my visit as, “Hey, lets spend the afternoon looking at things stolen from other countries!” it does put a damper on my enthusiasm. It’s strange to think that durring our grandparents lives the exhibition of stolen humans was still a thing. I know that objects and humans are not the same thing. But perhaps our grandchildren (speaking collecively of course) may be just as disturbed by us looking at so many stolen objects. Or perhaps, more likely, they will think it’s odd to go in person to museums when you can just donwload it all. 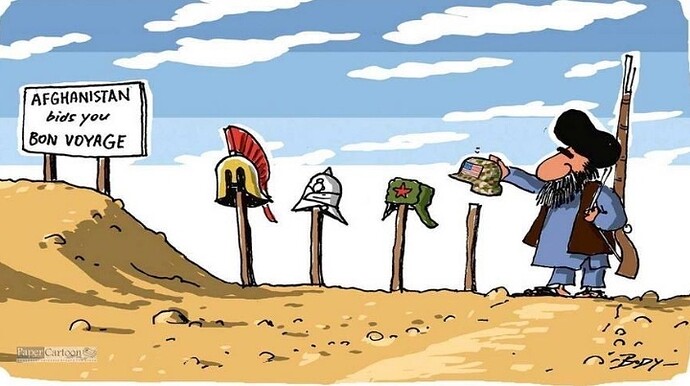 “Hey, lets spend the afternoon looking at things stolen from other countries!”

It’s a tough issue but it extends beyond stolen art. Art is just the most tangible reminder of theft. If one really dwells on it there is much more that is insidiously embedded in the affluence of ex-colonial powers that may not jar the conscience–like public buildings, palaces, infrastructure, social security, familial wealth, all funded by systematic theft from colonial times. So to be alarmed by stolen art may be a case of selective outrage.
However, in my opinion these are difficult topics that have no easy answers given the issue of what is best for the preservation of the art (if the parent country does not value it). Heritage and culture really do belong to those that truly embrace it. Buddhism is a fine example–the people in the land of its origin have abandoned it almost completely but it grows elsewhere and provides peace and succor to those that have embraced it. For that matter the same also happened to Christianity.
But these are discussions not directly relevant to the topic of Buddhist art and so I will stop.
BTW the video is spot-on!

Having the original physical pieces sitting in a museum isn’t even necessarily the most useful thing. The vast majority of people are not able to enjoy them, and otherwise people may need to resort to 1-2 photos of each piece? Seems like a poor solution. And the current state of the objects is usually broken and weathered to the point where they no longer convey what they were originally meant to.

It would be cool if museums started digitizing these pieces and releasing them into the public domain with 3D models using photogrammetry. It seems that it should be possible to make high quality 3D models observable at any angle, constructed from photos. If the models were in the public domain, they could also be used for reconstructions of any original polychromy (paint), or for incorporation into popular media.

I wonder how safe they will be now, given the current situation?

Unfortunately, dedicated Afghans who work tirelessly to safeguard their own ( and truly the world’s) heritage may meet this fate in the face of religious fanatics… 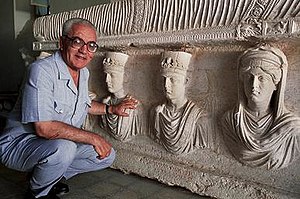 Khaled al-Asaad (Arabic: خالد الأسعد‎, Arabic pronunciation: [ɐlʔæsʕæd], January 1932 – 18 August 2015) was a Syrian archaeologist and the head of antiquities at the ancient city of Palmyra, a UNESCO World Heritage Site. He held this position for over forty years. Al-Asaad was publicly beheaded by the Islamic State of Iraq and Syria (ISIS) on 18 August 2015, at the age of eighty-three. Al-Asaad was born in 1932 in Palmyra, where he spent most of his life. He held a diploma in history and was e...

The situation is looking terrible now.
The Taliban may try to tell the world that they’ve changed, but I’ll believe it when I see it.
UPDATE: Kabul’s in Taliban control now.

It’s so heartbreaking. And so obvious that this would happen.

After 9/11, there was an interview in I think Time or Newsweek with a senior al-Qaeda officer, and to paraphrase a memory of a twenty-year old article, they asked him, “How can you win?” He said, “It’s easy for us to light fires, and hard for the US to put them out. While they’re putting out one fire, we’re lighting another. We don’t care how long it takes, this is our home. We will keep lighting fires until the Americans are destroyed. We were here before the Americans came and we will be here when they have crumbled to dust.”

They told us what they were doing and the Americans fell for it anyway. Their strategy is working exactly as planned. America is in decay, hate and delusion are ascendant. And now the people of Afghanistan will suffer, again.

There is a lesson here, but I suspect we will not learn it.

Mulling over my comments and those of others, I’ve come to realize that it’s probably unhelpful to think right now in terms of “what if we hadn’t done XYZ?” narratives — pro or anti intervention, or pro or anti artifact repatriation, everyone will spin their own narrative. Decisions were made, for better or for ill, and I’m more interested in what can be done to help the actual human beings suffering now. I doubt saving artifacts is anyone’s priority in the immediate term, given the horror that’s unfolding right now, but I do worry about the archeologists/historians working at the museum who could be potential Taliban targets. I have the same fear as @Ficus does.

As the Buddha said in “One Fine Night” (bold mine):

“Don’t run back to the past,
don’t hope for the future.
What’s past is left behind;
the future has not arrived;
and phenomena in the present
are clearly seen in every case.
Knowing this, foster it—
unfaltering, unshakable.
Today’s the day to keenly work—
who knows, tomorrow may bring death!
For there is no bargain to be struck
with Death and his mighty hordes.

UPDATE: Afghanistan’s national archives have been looted and their museum is calling for help, though it sounds like nothing has been looted so far: 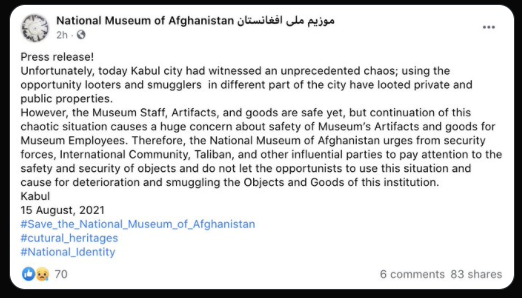 Prof. Dan Hicks (Contemporary Archaeology at Oxford) published a book last year titled ‘The Brutish Museums’ which addresses the questions of cultural restitution and repatriation of looted objects.
Details and a podcast panel discussion (including the author) about the book available here.

As the border is to the nation-state, so the museum is to empire

Those in private collections should also come under scrutiny…

Extremely sad. Afghanistan was once a great Buddhist land where the Dharma thrived. Just imagine the archeological finds that would emerge if there was peace and responsible governance. I hope the Afghan people find a way to improve their world in the future.

Regarding the artifacts we can only hope they are not destroyed.

Update on the situation here. From the article:

The Taliban said in a decree last Sunday that anyone who encroached on the National Archives, the National Museum, libraries and other government facilities “will be severely punished.” Some Taliban leaders reportedly visited Kabul’s Archaeological Institute and directed it to continue to protect historical monuments.

“Right now, the Taliban are behaving because there are American TV cameras everywhere on the streets of Kabul, so they are putting on a show, a performance of tolerance. But things will change very soon,” said Karimi. “When they establish themselves, then they start to eliminate ‘threats,’ and that’s going to reveal their true colors.” 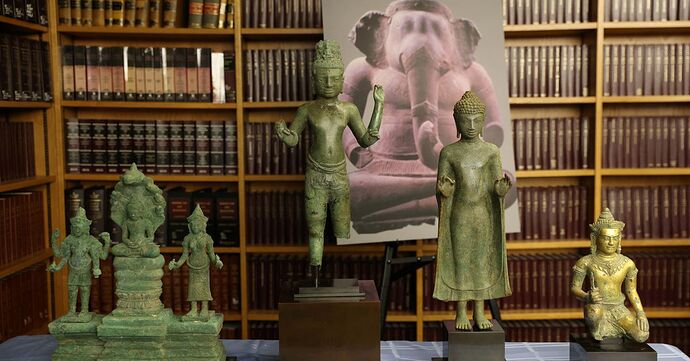 The United States will return to Cambodia 30 looted antiquities, including bronze and stone statues of Buddhist and Hindu deities carved more than 1,000 years ago, U.S. officials said on Monday.

After 9/11, there was an interview in I think Time or Newsweek with a senior al-Qaeda officer, and to paraphrase a memory of a twenty-year old article, they asked him, “How can you win?” He said,

Interesting quote however I don’t recall any significant reports of USA, British & Aussie soldiers fighting any al-Qaeda in Afghanistan after 9/11. 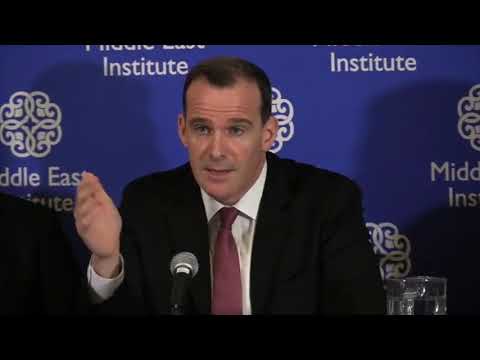 Update: In light of Biden/Nato’s withdrawal, and the rapid Taliban advances in the country, this return of art is looking increasingly like a bad decision.

Possibly the bad decision was USA/NATO creating the Taliban in the first place. 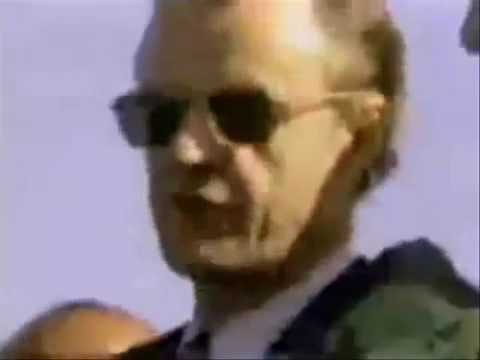 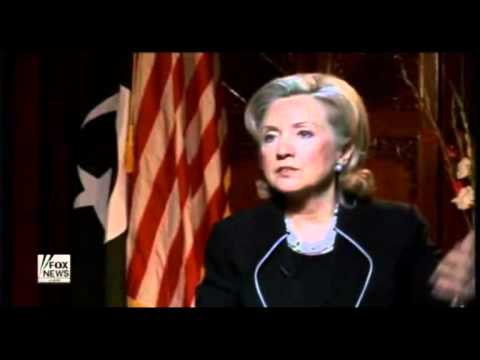