I’ve been reading Basho and Issa, the Japanese poets who wrote in Haiku, a lot lately. The Buddhist inspiration, particularly with Basho, is apparent. I haven’t read the Beat poets recently, but I know they were inspired by Zen.

However, in general, I realize I’m not aware of much Buddhist art, or art inspired by Buddhism, in any medium–written, visual, drama, or music.

Any recommendations for art inspired by Buddhism to explore? Any period or medium. Though I would be particularly interested in finding recent (the last few centuries) and contemporary art and literature.

*Edited to add a few samples:

“No place at the inn“ but
I find consolation
sleeping beneath
The hazy moon and the cherry blossoms.

Noble bamboo
puts forth node after node
year after year
Flourishing quietly, an example to us.

Across the ancient fields
bunches of moss
mingle with thick grass;
My heart, too, is brightened by the pure moonlight.

This book also contains a fascinating biography of her.

I’m not familiar, @Christopher! Thank you!

The poems of the awakened ones in the Therīgāthā and the Theragāthā are always inspiring to me too. If you haven’t read them before, one of my favorites is at Thag 19.1, the verses of Tālapuṭa.

Overall, I find the nun’s verses in the Therīgāthā more interesting and uplifting, but both collections are full of inspiring gems.

Yes! I love the poems of the Therīgāthā! I am currently in a class that Ven. @Charlotteannun teaches studying those poems.

I plan on moving onto the Theragāthā next.

Another book I’d highly recommend is Japanese Death Poems: Written by Zen Monks and Haiku Poets on the Verge of Death.

As an example from the book, this was the Zen master Hakuin’s death poem, which I take as alluding to awakening:

O young folk–
if you fear death,
die now!
Having died once,
you won’t die again.

The poems of the awakened ones in the Therīgāthā

Have you come across the rendering of the Thig poems by Matty Weingast? It’s not precisely a translation, rather an inspired—and inspiring—new, personal interpretation.

Some of them are presented in these Dhamma talks:

I wasn’t aware of that – thank you for the link!

@JimInBC
It seems that of the various Buddhist traditions, Zen (Chan) Buddhism has the closest links with the arts–poetry, caligraphy, painting, pottery & more (e.g. tea ceramony, zen gardens). Of course there’s the history of Buddhist sculpture in the form of statues/images of the Buddha in the SE Asian tradition and sand painting, thangkas and ritualized dance/music in the Tibetan tradition, as well as others, but it seems that it’s been primarily Zen/Chan which has fostered a link between the creative arts and Buddhism.

In terms of poetry, you might enjoy The Clouds Should Know Me by Now: Buddhist poet Monks of China, edited by Red Pine and Mike O’Connor 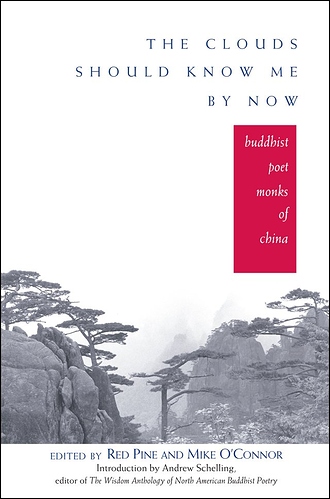 The Clouds Should Know Me by Now - The Wisdom Experience

This unique collection presents the verse, much of it translated for the first time, of fourteen eminent Chinese Buddhist poet monks. Featuring the original Chinese as well as english translations and historical introductions by Burton Watson, J.P....

In terms of visual arts, Chinese Ink & Brush painting (Japanese Sumi-e), which goes back to the earliest Chinese dynasties and continues to this day in contemporary art, was influenced by Chan Buddhism (as well as Taoism and Confucianism) and covers a wide range of styles. Some early styles then influenced Japanese Zen painting. Sister arts are calligraphy and poetry, and paintings were/are inscripted in calligraphy and often include lines of poems .

I don’t know what you would be most interested in , but there’s a small paperback entitled Zen in the Art of Painting by Helmut Brinker, no longer in print but available used, which is a nice introduction to Japanaese Zen painting, and includes some reproductions (s well as some poems). And there are numerous other books on the subject.

As well, there are hundreds of books on Chinese painting (and other East Asian arts) . Empty and Full: the Language of Chinese Painting by Francois Cheng is a good read. It focusses on the principle of emptiness in Chinese philosophy and paianting. Oh gosh, I just looked for it on-line, and although I bought it used for under $10 a few years ago, it looks like it’s now very expensive!

Of course none of this is directly related to ‘Early Buddhism’ but I find the field of Zen and the creative arts very rich and inspiring (even though I have no interest in practicing, in terms of meditation or Buddhist teachings, within the Zen tradition myself).

Thank you for the death poem link, @Christopher

I knew of the practice but know next to nothing of the actual poems!

Thank you for the links to Dhamma talks on the Matty Weingast Therīgāthā inspired poems, Ven. @sabbamitta.

I’ve read Weingast’s poems–they were what inspired me to read the Therīgāthā. I look forward to listening to the Dhamma talks.

Thank you for the great links and suggestions, @Linda

Yes, while Zen isn’t my practice, I love the art it has inspired.