And who says that monastics don’t have a sense of humor? This is one of the “Dhamma Doodles” by a nun who lived in Amaravati for some time: 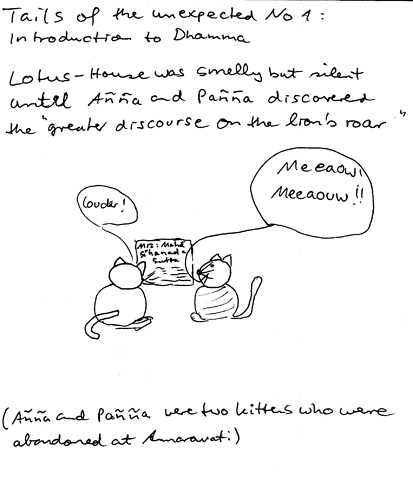 This story is told by Bhikkhu S.Dhammika in his blog comment:

In the 1970s there was an officer in the Sri Lankan immigration department who responsible for western monks and who did her best to make our lives a misery. When some monks asked for a one month or two month visa extension she would say “What for?” and they would reply “Because I am [doing] meditation.” She would then say “The Buddha said that if you practice as you have been taught you will attain enlightenment within seven days. I’ll give you a seven day extension!” 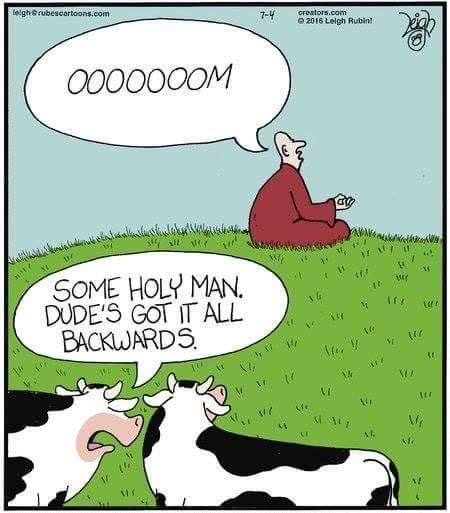 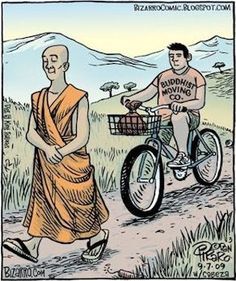 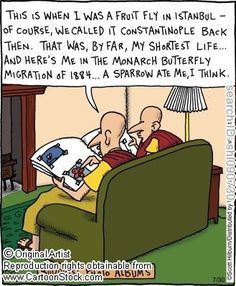 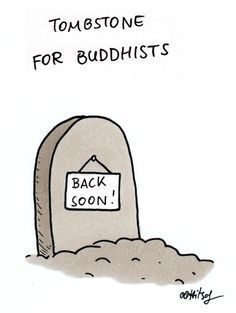 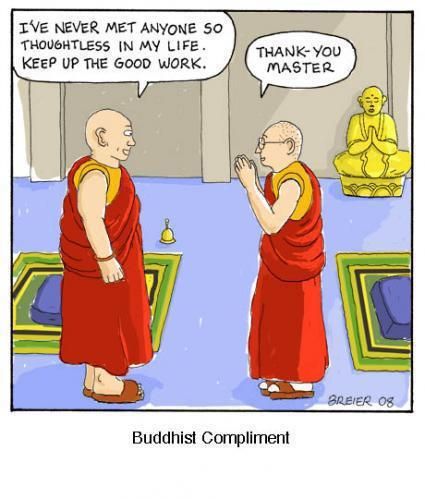 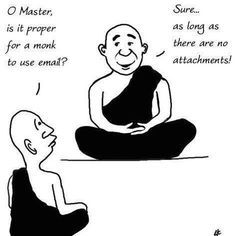