Buddhist Monks Through The Ages 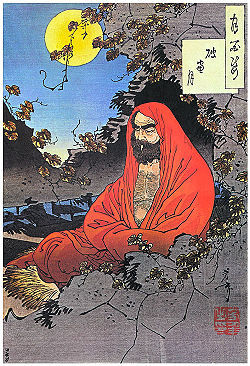 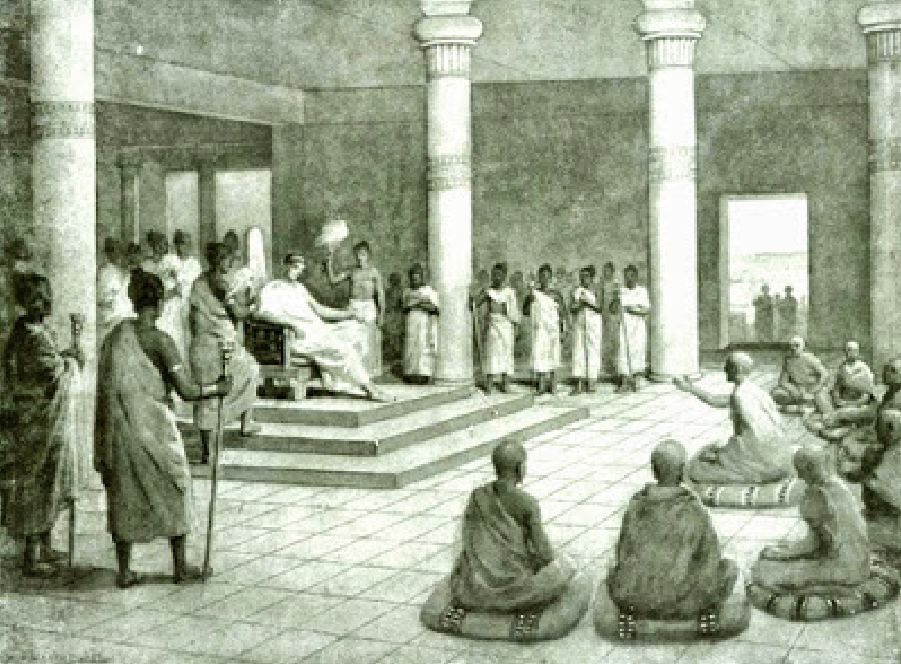 The timeless fashion of robes!
So much more practical, durable and efficient than nowadays clothing… 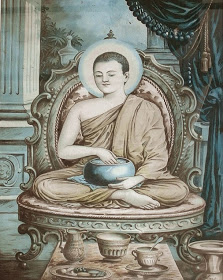 Is that a painting of the Buddha? Or just a bhikkhu who has a very highly developed 4th jhana with perception of luminosity and ability to emit light? I’ve never encountered a buddha image yet that doesn’t have those exaggerated 32 marks. And the bowl he’s eating out of looks like it might be metal. The Buddha would have used something wooden?

over my two years In robes I’ve thought of many uses for my robes if I ever needed to use them as such. A few are as follows:

every once in a while I come up with other uses, it’s the survivalist training in me. Frankly I dont’ want to wear western clothing again, I think our ancestors went wrong the moment they invented pants, the Romand and Greeks and other ancient civs knew what was up :).

Is that a painting of the Buddha?

My mother said it is Ven. Sivali.
It appears Ven. Sivali never missed a meal due to his previous good kamma.
Sri Lankan believe having a picture of Ven. Sivali assures you food every day.
Perhaps this may be true. I had lot of food when I was young.
Someone can find the Sutta link for this story.
Some info here:

Sīvali (Pali: Sīvali; Burmese: ရှင်သီဝလိ pronounced [ʃɪ̀ɴ θìwəlḭ]; Thai: พระสีวลี; Chinese: 尸婆羅) is an arhat widely venerated among Theravada Buddhists. He is the patron saint of travel and is believed to ward off misfortunes at home such as fire or theft. His veneration predates the introduction of Theravada Buddhism into Burma. Sīvali is typically depicted standing upright and carrying a walking staff, an alms bowl and Buddhist prayer beads. Born to Queen Suppavasa, Sīvali is believed to have r... 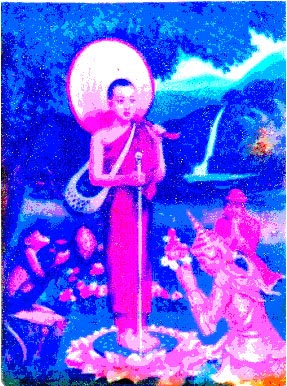 The story of Sivali Thera

Story of Sivali Thera At the time of the Buddha Gotama there reigned a righteous King and Queen named Koliya and Suppavasa. After some time ...

I am not sure who draw the picture that Ven. Sivali putting his hand inside the bawl.

The timeless fashion of robes!
So much more practical

This is so untrue!

Have you yet tried them on?
Here is one posture you can forget about once in theravada robes: 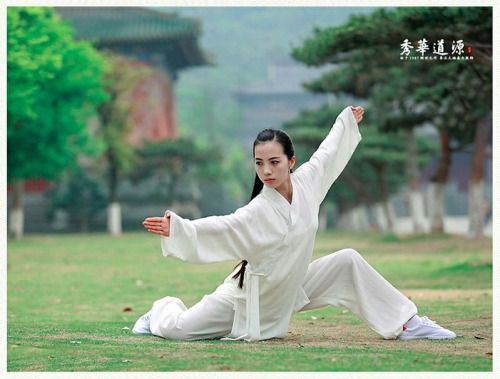 What’s the use of this posture for a contemplative?!

Here is one posture you can forget about once in theravada robes:

You tell this to an Irish man!

Well it was only an example of, … what you couldn’t possibly … well …