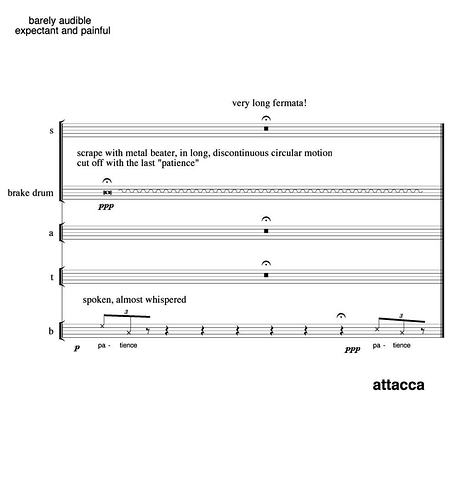 Is this some sort of breathing pattern ?

The score indicates the following sonic instructions. Someone whispers “Patience” and we near an almost inaudible rustling and brushing sound, designed to be aperiodic and somewhat “annoying”.

After a length of time, perhaps a minute, perhaps several hours, that same voice whispers “Patience” again and the sound stops.

I actually love the piece.

But it is silly.

I don’t even know who originally “wrote” it.