For an initial overview, there are entries on satipaṭṭhāna (PDF) and the Satipaṭṭhāna-sutta (PDF) in the Encyclopedia of Buddhism.

If you’d like to explore this topic in more detail, there are two books I’d recommend:

Both encyclopedia articles and both books were written by Professor Bhikkhu Anālayo, who also wrote his PhD thesis on satipaṭṭhāna in early Buddhism (published in 2003 as Satipaṭṭhāna, the Direct Path to Realization, a book available in different languages here).

Finally, you can also read or listen to some of the original texts themselves if you’d like, such as the Mahāsatipaṭṭhāna-sutta and the suttas in the Satipaṭṭhāna-saṃyutta. Hope this helps.

@cdpatton has recently translated the Chinese Ekottarika agama parallel of the Satipatthana sutta.

The Ekottarika’s version of the four abodes of mindfulness agrees with the version in MN and MA, but with less expansion, especially in regard to the mindfulness of body practices.

The Way of Mindfulness: The Satipatthana Sutta and Its Commentary by Soma Thera

Bhikkhu Bodhi explains in his introduction:

This book, The Way of Mindfulness, contains all the authorized instructions on Satipatthana meditation passed down in the Theravada tradition: the Satipatthana Sutta stemming from the Buddha himself (in the more concise version of the Majjhima Nikaya [MN10], which omits the detailed analysis of the Four Noble Truths found in the Digha Nikaya’s Maha-satipatthana Sutta); the commentary by Buddhaghosa [5th century CE]; and selections from the tika by [Acariya] Dhammapala [6th or 7th century CE]. …
The book was originally compiled in the late 1930s by Ven. Soma Thera (1898-1960), a bhikkhu of Sri Lanka, and has been maintained in print since the early 1940s.

There are also ten recorded lectures by Bhikkhu Bodhi on the Satipaṭṭhāna Sutta in section VI.2 of his Systematic Study of the Majjhima Nikāya.

A History of Mindfulness by Bhante Sujato, for free download.

Here’s one from Bhante Vimalaramsi, and he has a few more comments on his YouTube channel and also a booklet : 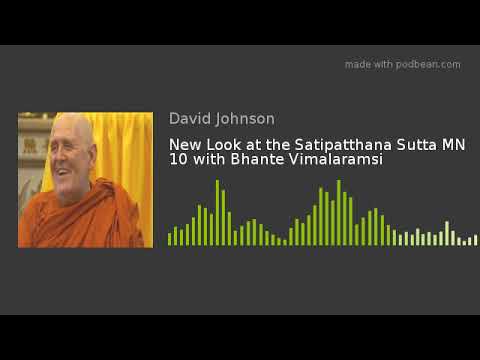 And here’s his book about the Sutta: