What is the relationship between Chögyam Trungpa, Drukpa Kunley, and Tibetan Vajrayana Buddhism?

To what degree are these contrary to or in accordance with the Dhamma-Vinaya/Buddhism? 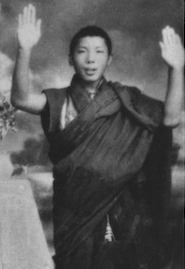 Among the forebears formally acknowledged by the Trungpa lineage, and referred to by Trungpa, were the Indian mahasiddha Ḍombipa (also known as Ḍombi Heruka; his name may have stemmed from his consorting with Dhombis, outcast women) and Drukpa Künlek (also Kunley), the Mad Yogi of Bhutan, who converted Bhutan to Buddhism and was famous for his fondness for beer and women. Both were recognized for their powerful but unorthodox teaching styles. Trungpa's own teaching style was often unconventional...

The term Nyönpa (Wylie: smyon pa "mad one(s)"; Sanskrit avadhūta) may refer to a group of Tibetan Buddhist yogis or a single individual belonging to this group. They were mainly known for their unusual style of teaching, to which they owed their names. Recent scholarship has helped to illuminate many distinguishing features of the religious practices the Nyönpa; these practices are sometimes referred to in the literature as The Practice of Observance.[clarification needed] The Practice of Obse... Analayo: "Meditation Maps, Attainment Claims, and the Adversities of Mindfulness"

Oh and FYI, Kungley gave up his robes so was not a monk during his travels. Trungpa also became a layperson and got married etc. Neither claimed to be arahants.

1958: Receives degrees of Kyorpön (Master of Studies) and Khenpo (Doctor of Divinity). Ordained as a bhikshu (full monk).

1970: After the accident Chögyam Trungpa renounces his monastic vows.[106]

“But Palmo stated that had she known Trungpa had been having sexual relations with women since he was 13, she would not have declined.[[72]]”

If he had been having sex since he was 13 (~1953) like Palmo states, and he renounced his monastic vows in around 1970, then the timing and chronology doesn’t seem to add up to support the claim that he didn’t have sex while he was a monastic.

He was known for his crazy methods of enlightening other beings, mostly women, which earned him the title “The Saint of 5,000 Women”. Among other things, women would seek his blessing in the form of sex. His intention was to show that it is possible to be enlightened, impart enlightenment, and still lead a very healthy sex life. He demonstrated that celibacy was not necessary for being enlightened. In addition, he wanted to expand the range of means by which enlightenment could be imparted, while adding new evolutionary prospects to the overarching tradition. He is credited with introducing the practice of phallus paintings in Bhutan and placing statues of them on rooftops to drive away evil spirits.[2] Because of this power to awaken unenlightened beings, Kunley’s penis is referred to as the “Thunderbolt of Flaming Wisdom” and he himself is known as the “fertility saint”. For this reason women from all around the world visited his monastery to seek his blessing.[3][4]

Some of his most famous performances include urinating on sacred thankhas, stripping down naked or offering his testicles to a famous Lama. He is one of very few Buddhist teachers to almost always appear in Bhutanese paintings topless. It is known that Drukpa Kunley would not bless anyone who came to seek his guidance and help unless they brought a beautiful woman and a bottle of wine. His fertility temple, Chimi Lhakhang, is today filled with the weaved portable wine bottles.[5]

Why would Drukpa Kunley invite women to temples to have sex with under the guise of providing them with fertility blessings if he was not actually a monk?

Why would a layperson be living at a temple and administering to laypeople?

How is this off-topic and irrelevant?
Just because something is not relevant to or interesting to you, that doesn’t mean there aren’t others on this forum who would benefit from a more in-depth investigation into this topic from an EBT perspective, I think.

I made this thread at the advice of another member of this forum:

Analayo: "Meditation Maps, Attainment Claims, and the Adversities of Mindfulness"

Since this thread is to discuss Analayo’s critique of Ingram, I won’t venture into all the doctrinal differences and details regarding Indo-Tibetan Buddhist tantra here. If you want to have this conversation, you can start a new thread

What is the relationship between Chögyam Trungpa, Drukpa Kunley, and Tibetan Vajrayana Buddhism?
To what degree are these contrary to or in accordance with the Dhamma-Vinaya/Buddhism?

These two individuals are outré figures in Tibetan Buddhism, they are far from the norm. The vast majority of traditional Tibetan Buddhists promote all the classic Buddhist teachings and precepts as requirements for entering tantric practice. For example, Sakya Pandita, Je Tsongkhapa, and the current Dalai Lama all would agree that training in renunciation and in sila (including no sexual misconduct and abstaining from alcohol) are key elements of Buddhist praxis and important preliminaries for practicing tantra.

While it is preferable to have a separate topic thread for this discussion so as not to continue derailing the Analayo: “Meditation Maps” thread, please remember to keep discussion civil and on topic. If there’s a way to pull in some EBT material so much the better.

Wiki:
The term khenpo (Tib. མཁན་པོ་ mkhen po), or khenmo (in the feminine) is a degree for higher Buddhist studies given in [Tibetan Buddhism]. In the [Nyingma], [Kagyu] and [Sakya] traditions, the title is awarded usually after a period of 13 years of intensive study after secondary school. It may roughly translate to either a bachelor’s degree, or nowadays more likely to a terminal degree in Buddhist Studies equivalent to a PhD or MPhil.

When you say “classical Buddhist teachings,” do you mean as per/as found in the EBTs?

What is this? Did the Buddha teach this? Considering that Tibetan Vajrayana Buddhism uses “Buddhism” in its name (i.e. claims to represent the teachings of the Buddha), how does “tantric practice” relate to the EBTs?

I remember that you mentioned this in another thread:

I would also recommend all buddhist seekers to study a bit of the anti cult literature, so they have a basic skill set to identify harmful cultic behavior.

I remember seeing such things being recommended in another Tibetan Vajrayana Buddhist Facebook group that I was a part of some time ago.

I remember wondering if there is a high prevalence of such cultic behaviors in the Vajrayana sect of Buddhism - so much so that this becomes a commonplace recommendation in those circles.
Do you think this might be a mere coincidence or is there something here that might be worth investigating (in terms of Tibetan Vajrayana and cultic behaviors)?

These two individuals are outré figures in Tibetan Buddhism, they are far from the norm.

Thank you for clarifying.

One thought and concern that comes to mind, is that I feel hard pressed to find such figures in say the Theravada sect of Buddhism. Do you know why this might be? Is it just a matter of not looking hard enough?

Or might there be parts of the Tibetan Vajrayana sect that may enable such behaviors and practices to flourish and go on unchecked?

I am especially curious to about how Tibetan Vajrayana Buddhism and the EBTs disagree and agree.

You seem to have in-depth knowledge of both.

Could you shed some light on what ways Tibetan Vajrayana Buddhism and the EBTs disagree and agree?

I copied and pasted it from the wikipedia website, so I cannot attest to its accuracy. Maybe you can check and see if there is a citation for that particular claim.

However, now that you mention it, Tibetan Buddhism does study texts which contain EBT material, for example, off the top of my head, there is the Salistamba Sutra, or the Tibetan Udanavarga or the Prajñaparamita sutras (which are not EBT, but contain EBT). There are also various shastras that contain large quotations of EBT material, such as the Yogacarabhumi, which contains a summary of the Mulasarvastivada Samyuktagama, the Sūtravastusaṃgrahaṇī.

Regarding tantra, it is a complex group of practices and yogic methods which arose in medieval India. Buddhist tantra is a complex subject, and I cannot explain all of it in one forum post, best to read a good book on it, like Alex Wayman’s The Buddhist tantras for a schoalrly presentation or Thubten Yeshe’s Introduction to Tantra for an insider perspective. Buddhist tantra reflects both continuities and discontinuities with early Buddhism and with Indian Mahayana. Buddhist tantra (Vajrayana) was not taught by the historical Buddha. However, all tantric Buddhist thinkers based their views on the classical Buddhist doctrine and practice that came before them. For example, one may think that the practice of deity yoga, a central feature of tantra, is totally alien to the Buddha’s teaching. However, one could also see it as a kind of advanced or complex mindfulness of the devas or mindfulness of the buddha. Also, in today’s main tantric Buddhist tradition, Indo-Tibetan Buddhism, tantric methods are always taught as grounded in basic Buddhist practices and principles, such as sila and renunciation.

Regarding the claim that you feel “hard pressed to find such figures in say the Theravada sect of Buddhism,” all I can say is, they are there. Every religion has its deviants. The reason I give advice that people be able to recognize the basic features of cults was because Buddhist cults exist in all forms of Buddhism, and it is useful to understand how they manipulate people.

One thought and concern that comes to mind, is that I feel hard pressed to find such figures in say the Theravada sect of Buddhism

IMO, cults form around a particular kind of individual- usually an extremely intelligent, charismatic sociopath who enjoys the sense of power over others and who doesn’t hesitate to attack if his fiefdom is threatened.
Such individuals are drawn to the top positions in Religion, Government and Big Business for the power, money and sex which they can enjoy unfettered until challenged by an even bigger Sociopath.
The Buddha structured the Vinaya in such a way as to make a Sangha position in his religion unattractive to such people.
No money, No Sex, No possessions except just 1 set of robes, only 1 meal a day, democratic self governance in the Sangha, and certainly no power over the laity save the respect they give voluntarily to good monks/nuns! What’s a power hungry, would be Guru to do, but disrobe and seek better pickings elsewhere?

Theravada has mostly stuck to the original Vinaya practice, hence the lesser incidence of malpractice.
It’s only when certain sects decide to ‘modernize’ the Vinaya that the Gurus and Cults find a way in…

How is this off-topic and irrelevant?
Just because something is not relevant to or interesting to you, that doesn’t mean there aren’t others on this forum who would benefit from a more in-depth investigation into this topic from an EBT perspective, I think.

We are interested in discussing Early Buddhist Texts, their meaning and historical context, how these teachings evolve and relate to later traditions, and how they may be applied in the present day. If you’re interested in more general Buddhist discussion, there are plenty of other great forums out there.

I’m not presenting a view one way or the other, just presenting information, for greater clarity and understanding