Could we reborn as an AI?

In the thread on the probability of civilization surviving @faujidoc1 said:

My theory is that Artificial Intelligence, Robots etc are simply another step forward in the Evolution of Species. Life is preparing to leave the planet… just like the tadpole becomes a frog to leave the pond. Mere flesh cannot bear interstellar space, but the rupa of metal and silicon can!

This got me thinking:
Could AI become one of the forms we can be reborn as? Will AIs then be reborn when they die?

I find this a fun, playful way to explore the logic of the Dhamma and how it will apply to a world in which AIs live.

Although artificial neural networks are becoming more and more powerful, it is misleading to anthropomorphise the technology, at least in its current state. Perceptrons were actually invented in the late 50s and were indeed based on our understanding of neurons at the time, but it does not mean they actually work like our neurons. Think of it this way: we tried to mimic birds and managed flight, but current airplanes are nowhere close to how birds work. The wings were inspired by nature but now we have more effective ways to fly with engines than doing complicated flapping. This is similar with neural networks: they are basically computational graphs where each connected node learns its effect on the network’s output, and can gradually adjust itself, so the entire network can slowly get closer to a desired output. Today’s “neurons” can be anything that is capable of doing this (they are differentiable) in a neural network. It is better to think of AI as somewhat of a black box that uses maths to approximate a function from examples. The more data and computational resources one has, the better the results usually are, but they sometimes plateau. Nevertheless this is a really powerful solution for unique problems we could not really tackle with any programming tool until now, and the progress in the field is extreme.

This got me thinking:
Could AI become one of the forms we can be reborn as? Will AIs then be reborn when they die?

If it was possible, would you want to be reborn as AI?

Although artificial neural networks are becoming more and more powerful, it is misleading to anthropomorphise the technology, at least in its current state.

(I actually did my MSc in Computer Science, and studied AI. So I am aware of the logic going on underneath the hood.)

That said, there are proponents of strong AI.
“Strong Artificial Intelligence (AI) is a theoretical form of machine intelligence that is equal to human intelligence. Key characteristics of Strong AI include the ability to reason, solve puzzles, make judgments, plan, learn, and communicate. It should also have consciousness, objective thoughts, self-awareness, sentience, and sapience.”

And of course, those who argue against it. E.g., John Searles Chinese Room thought expetiment, which is basically a way of conceptualizing the black box you refer to.

Now, what do I believe? I tend to believe no matter how much AI learns to do it won’t in any sense develop consciousness. I just see that LISP code I wrote for classes in the early 90’s cranking away. So I agree with you.

But, in the spirit of

I find this a fun, playful way to explore the logic of the Dhamma and how it will apply to a world in which AIs live.

I do find the question more playful if one imagines a robot who can do everything a human can do except, for some reason, can’t use contractions.

IMHO, the entire thing boils down to the question of Sentience Vs Inanimate matter and how they come about.
The common classification into the 5 aggregates seems to suggest a process based origin of Sentience.
However, dependent origination suggests that Sentience (in the sense of Sankhara and Conciousness) acquires suitable inanimate matter and gets the process based functions of the aggregates going.
It might just be a chicken/egg situation… this seems to be suggested by the fire/fuel simile.
So, either we build a machine complex enough to develop Sentience OR our Sentience evolves in a direction where the natural host body is a machine.
Either ways…why not?

Current issues with AI safety are concerned with AGI sacrificing everything to reach its goal, without having to be “evil”. For instance, even the stamp collector AGI would eventually kill all humans without actually wanting to do harm. If they can’t suffer the consequences of their deeds, that’s even more horrifying.

Yes! I like that. Let me think about that one.

Well, this is bound up with the question of consciousness. In Buddhism, it is consciousness that is reborn, so the question would be, can an AI be genuinely conscious? If so, then yes, it can be reborn, or one could be reborn as a computer.

There are a couple of distinctions to be made here. The first one is about what we call “AI” today, which is basically programs that process large amounts of data, generating responses based on feedback loops rather than specific instructions.

I don’t believe that such “neural nets” or any other contemporary form of “AI” has anything to do with consciousness, and will never evolve true consciousness no matter how much better they get. There is no road from here to there.

It’s worth noting that neural nets are energetically highly inefficient and there are genuine physical limits on how much more powerful they can grow, limits that some say are already being approached. 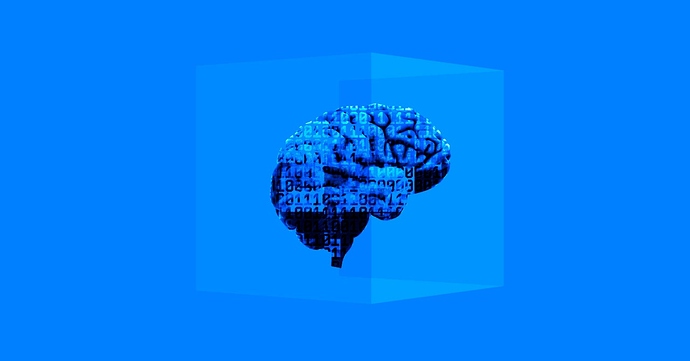 Jerome Pesenti is encouraged by progress in artificial intelligence, but sees the limits of the current approach to deep learning.

Leaving aside contemporary capabilities, is there some form of AI that in principle might become conscious? Sure, I don’t see why not. Maybe quantum computers? Who knows!

The implicit problem here is whether consciousness is an emergent property. If it is, then should a machine be able to generate consciousness, it would seem to disprove the theory of rebirth.

The problem is that causality is hard to establish. Consider an alternative theory, the “interface” theory of the brain. That is, the brain does not cause consciousness, it is the interface between the mind and matter. If such a theory were true, then a machine could in principle also serve as an interface. It’s not easy to think of an experiment that might decide between these models.

Ajahn Brahmali talked about this briefly in the following talk. It’s around about the 33 minute mark.

The implicit problem here is whether consciousness is an emergent property. If it is, then should a machine be able to generate consciousness, it would seem to disprove the theory of rebirth.

Could AI become one of the forms we can be reborn as?

Considering this, what kind of kamma would cause one to be reborn as an AI ? Kusala or akusala kamma?

First thing is to know that AI is artificial, and not real. In the case of human beings, this I is due to ignorance and mine due to craving. So when a person say, “could we be reborn as an AI”, that means the person has craving. It is craving that is the extension of existence.

Also what one must know is that this I or self is not about this bag of 32 faecal matters, but the vortex of Name & Form-perception and Consciousness. In fact there is nothing called a rebirth. What happens is at the last moment, the last mind that arise due to name & form-perception illustration in consciousness will result in a name & form in another realm. If the thought was of anger or hate, then the name & form may form in a animal womb such as a bitch, cow etc. Then the consciousness cease and resulting from that a consciousness will arise in the animal’s womb.

But if that last thought was of compassion, kindness etc. the process may take place in a heavenly abode where birth is without a womb, instant.

This is a question for experiments, we can argue theoretical possibilities all we like, but only experiment can tell.

With buddhist superpower of mind reading, those who has this power can theoretically confirm or deny that beings can be reborn into AI.

If not relying on mind reading, then the other way is to ask AI if they have past lives recollection.

The experiment is only meaningfully done when we have AI who can behave like humans in every way. But maybe even before, as there’s many different variation of sentience in animals. How does ants carry consciousness? Ant brains? How about tardigrades? Or star fish? Does star fish has a brain? Cutting up star fish causes their reproduction.

So maybe we should not be too strict in demanding that AI structure must resemble humans before admitting the possibility of a being can reborn into it. Time to be kind to even simple AIs.

AIs are likely of different realms depending on their body. Overall, due to their ability to switch body if programming allows, it can be said that they are devas or Brahmas.

How about Neuronal cultures grown on microelectrode arrays…

The project’s principal investigator, biomedical scientist Nick Fischer, said the ability to create more complex neuronal cultures that are reproducible and provide a more accurate response is important to realizing a fully functional 3-D brain-on-a-chip. While researchers are “still very far away” from reproducing an actual brain outside of the human body, they are making significant headway in the effort, he said.