Cutting too much out of suttas

“Bhikkhus, these seven factors of enlightenment, when developed and cultivated, lead to utter revulsion, to dispassion, to cessation, to peace, to direct knowledge, to enlightenment, to Nibbāna. What seven? The enlightenment factor of mindfulness …...

I think it is unfortunate. It makes some sense for Ven. Bodhi’s hard copy translations but for an online translation, the whole sutta should be preferred. If these are stock passages that can be referred to in other suttas it should be pretty easy to have the stock passages auto-filled in. Venerable @sujato , are your new translations going to be complete by chance or are they also abbreviated? And if they are abbreviated are they heavily so or only lightly? Heavily abbreviated would mean referring back to other suttas in an abbreviation, lightly would mean only abbreviating bits that have already been mentioned within the sutta, such as abbreviating the anicca, dukkha, anatta part for feelings, perceptions, and formations but having them written out for form and consciousness with discourses dealing with how to regard the aggregates .

It would be nice to have the option to toggle between an abridged versus a non-abridged version of the forthcoming suttas from Ven. Sujato. And maybe heavy and light settings in between.

That is the most annoying thing to do! So so user-unfriendly, to the max! I have spent far too long having to decode such cryptic sutta translations, flipping so many pages, struggling to find the paragraphs for the start and end of passages being referred to as repeated material. And trying not to loose my original place in the process! And of course can’t take notes on those parts for the sutta concerned either… etc.

I think even on paper that is totally unnecessary. If we were still using expensive parchment, or costly hand-made paper, yes, maybe worth it. But not with paper. And most certainly not with digital text!

I think if a passage is repeated, either write it out in full, or if you want to be kinder, write it out in full and put a coloured box around it, to show what is repeated. That way, the reader can choose whether to skip it or not. Publications are made for the readers after all. So forcing the readers to have the repetition hid from them seems very presumptive of the writer, and evidently the presumption is wrong, because many people strongly dislike it. That’s my take on it!

This is not a simple question at all, and not one that admits of a single solution.

As you can see, in this instance, I have elected to spell out all the factors, while Ven Bodhi has abbreviated them in line with the source text.

This is a good illustration of the general policy I have followed:

So the idea should be to minimize the amount of times a reader has to refer elsewhere to complete a passage. At the same time, we must acknowledge the fact that the texts were originally meant for oral recitation, and repetitions feel very different when reading as opposed to reciting. In my guidelines for translators I wrote:

Unlike most translators, I have been as much a part of the oral tradition as I have the written. I’ve been a patimokkha reciter for over twenty years, and in my youth I memorized dozens of suttas. I could recite Pali non-stop, from memory, all night if I wanted. Alas! It’s mostly forgotten now, though I still keep up the patimokkha.

After many hundreds of hours reciting Pali, it becomes obvious that the very same features that are most annoying in a written text often have exactly the opposite effect in recitation. The repetitions, the vocatives, all these things create a soothing rhythm. They give space and ease to the text, making it more enjoyable to recite. They also help to create “non-thinking” space, where you can contemplate the meaning as you recite.

But when reading, these same features become annoying. They’re a cognitive grit, constantly requiring filtering out. They encourage shallow skim reading, as you assume a text is not worth lingering over. While the linguistic content can be mirrored by imitating these conventions, the emotional response is exactly the opposite. And, as AN 5.26 teaches us, it is through a positive emotional response that a text becomes liberating.

However, general policies and practices aside, in such a large corpus there will be many exceptions and subjective choices to be made. Practically speaking, things get complex when you drift too far from the source text. Fortunately, the source Pali is usually quite reasonable in how it handles abbreviations.

The guiding consideration behind this policy is the fact that our text will be on the web. In this environment, it is no longer read from one sutta to the next, but is essentially “random access”. If reading a book, we can assume that someone reads one sutta, then reads the next, so they can remember what that passage said. Of course, even in books this is a big assumption and doesn’t always work, but still, it is true to some extent. Online it is still true to some extent, but less so. This is why I try to minimize having to leap from one sutta to the next. However, the practical reality is that in a general edition this cannot be totally eliminated. There are simply too many repetitions.

As to the ideas for offering brief and expanded versions, this is a tantalizing possibility, but it’s not as easy as it sounds. It’s not so hard if you’re just doing a few selected texts, but to do it consistently across many thousands of texts, most of which are abbreviated in one way of another, is a daunting task. That’s not to say that it can’t be done: we specialize in daunting tasks! But we haven’t done it so far, nor have we seriously discussed it.

As you can see, in this instance, I have elected to spell out all the factors, while Ven Bodhi has abbreviated them in line with the source text.

How about instead writing:

That way, we can see the original and what was abbreviated! And don’t have to check the Pāli to see what was added or not by the translator. I think that is a good way to be open about what abbreviations are being filled in by the translator, and it still allows relatively smooth reading.

So the idea should be to minimize the amount of times a reader has to refer elsewhere to complete a passage.

But when reading, these same features become annoying. They’re a cognitive grit, constantly requiring filtering out. They encourage shallow skim reading, as you assume a text is not worth lingering over.

Right, and for sure the suttas can at times be terribly boring to read!
But I honestly feel that colour is a wonderful solution for this. It sounds as if there are two options being considered:

Abbreviate as much as reasonable within the present sutta

it seems as if you are going with 2).

I suggest a 3rd choice:
Make the repeated material identifiable by using a different colour. There are different ways of doing that. For example:

The last option, in black and white is taken up for example by Brian Goodwin in his wonderful book ‘Signs of Life: How Complexity Pervades Biology’. You can see an example if you go to this page and click to ‘look inside’, and scroll down to page 6: 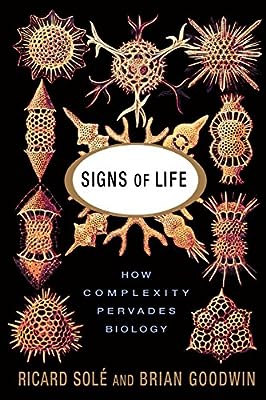 Signs of Life applies the mathematics of order and disorder, of entropy, chance, and randomness, of chaos and nonlinear dynamics to the various mysteries of the living world at all levels. This book i ...

The book also explains on the book jacket,

Dear reader, be warned: though the book in your hands is about the glorious complexities of biology, it contains mathematics - even some displayed equations! - and not all of the high-school variety. Some of it is downright difficult, though the hard parts are sequestered in text boxes so you can read right past them if you wish.

I love this attitude, and that is what I am advocating. The equations are too heavy for many readers, yes. But rather than taking them away from everybody, they have found a solution to include them in such a way that they are also totally easy to skip over if you wish! And this is made possible because of the visual distinction - the reader knows that anything in those boxes can be skipped.

And that is why I think that is such a wonderful idea, and a most inclusive idea, for the suttas. Easy to skip, but available to read. And this remedies the skimming tendency you raised, since you know exactly which part to skip!

And, as AN 5.26 teaches us, it is through a positive emotional response that a text becomes liberating.

we specialize in daunting tasks!

Bhante, is there a project to provide a full text of the Pali versions, without all the abbreviations they currently have? It could then be used for example to count how many times a particular expression pops up in the suttas, and maybe make a list of the most often repeated phrases and expressions in the suttas, which could help assess which were the most important teachings.

How about instead writing:

That way, we can see the original and what was abbreviated

False precision and the use of square brackets in translation Essays

This point came up in another discussion, and I thought it might be worthwhile to say something about it in its own topic. The following is the recommendation and guidelines I follow for SC. In academic practice it is common to indicate supplied terms in translations with [square brackets]. I recommend always avoiding these, as they are unscientific, misleading, and ugly. They detract from the text and convey a misleading sense of false precision. If square brackets are to be used at all, th…

Make the repeated material identifiable by using a different colour.

We use this approach extensively in the Sanskritic texts for identifying the various kinds of textual reconstruction, such as unclear manuscript reading, hypothetical text, and so on. The same approach could certainly be used to handle the repetitions.

is there a project to provide a full text of the Pali versions, without all the abbreviations they currently have?

Not so far as I know.

Again, all of these ideas are possible and would be worthwhile. But before you get too enthusiastic, think of spending a year full time work to make a reasonable dent in it.

The only person I know who has done this kind of work in detail is Ven Anandajoti, who has developed fully expanded versions of some texts, including the Satipatthanavibhanga. His study is well worth a read:

He told me that reconstructing the abbreviated text was one of the most difficult tasks he had ever done. And this is just one chapter of one book.

Meanwhile, there are many other areas we need to be focussing on, which I think are more important. For the coming years, off the top of my head:

Suffice to say, unless someone takes it up as a personal odyssey, it won’t be happening any time soon.

Thank you for explaining all this. The care and love are inspiring and delightful to see in the team and the readers. Feeling happiness and peace and great respect.