Don’t Feed the Haters: The Confessions of a Former Troll

To defeat the troll we must understand the troll. Lesson one: never feed a troll.

Yeah, the stories about the Buddha converting fierce Yakkhas into the ascetic and contemplative life acquire new significance with the modern increase in online communication

In internet slang, a troll is a person who starts Flame wars or upsets people on the Internet by posting inflammatory and digressive, extraneous, or off-topic messages in an online community (such as a newsgroup, forum, chat room, or blog) with the intent of provoking readers into displaying emotional responses and normalizing tangential discussion, either for the troll's amusement or a specific gain. Both the noun and the verb forms of "troll" are associated with Internet discourse. How... 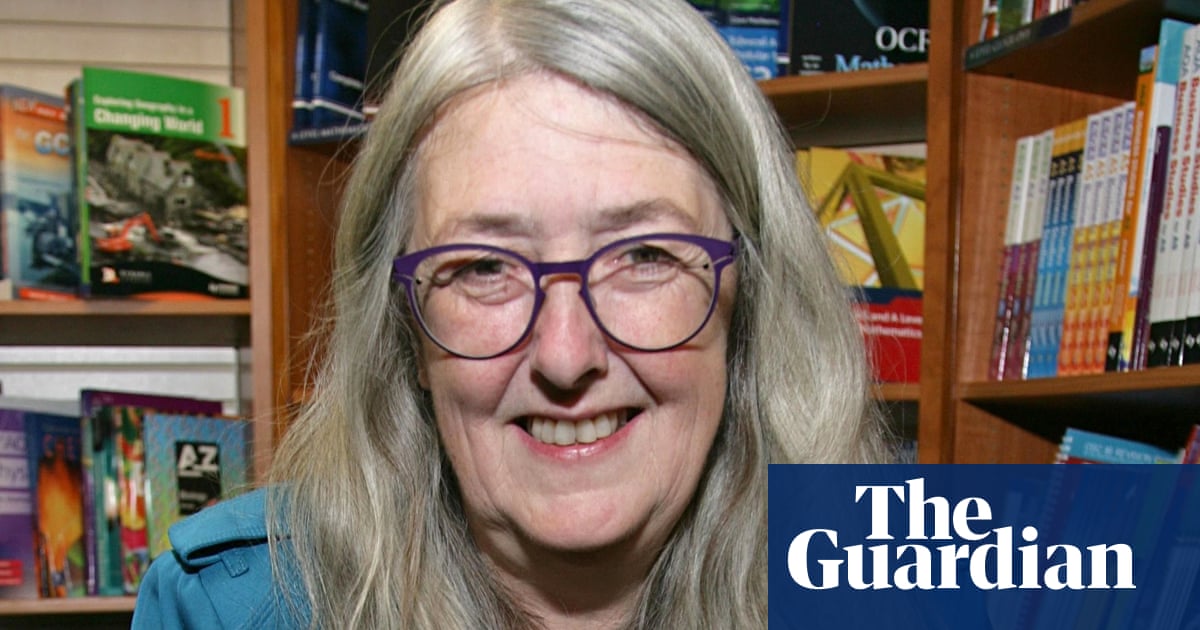 Behind the online comments: the psychology of internet trolls

Following revelations by YouTube star PewDiePie and TV historian Mary Beard, the issue of how to manage trolls is back in the spotlight, writes Tomas Chamorro-Premuzic

It is a pity we don’t have a Buddha around anymore to deal with them.

Thank you for posting these resources, @Gabriel_L. It’s very timely. I hope the rancor, argumentation, and disrespect that have characterized some recent threads over the last month or so is short-lived, and that the spirit of friendship, exploration, and open-mindedness to others’ ideas that drew me to SuttaCentral in the first place will predominate again.

Thanks everyone for your support. I’m sure you understand this is not a simple issue, and there are few clear-cut guidelines to be used. But we have an excellent team of moderators who are aware of issues and taking action. If you’re interested to know more about our moderators and their process, please ask.

In the meantime, please help us out by flagging any and all problematic posts. This helps alert the moderators to ongoing issues, and provides a measure of indication as to community feeling.

And of course, the standard advice applies: don’t feed the trolls. Ignore the silliness, move on. Better still, create positive content yourself.

People who know something about Aristotle, and the style of Aristotle’s writing as it has come down to us, might enjoy this little parody piece by Rachel Barney:

@sujato I agree. As a user, the best way to deal with trolls in a forum environment is to just ignore them. Any other approach just gets you entangled in drama IMHO.

Thanks everyone for your support. I’m sure you understand this is not a simple issue, and there are few clear-cut guidelines to be used. But we have an excellent team of moderators who are aware of issues and taking action. If you’re interested to know more about our moderators and their process, please ask.

Hi Bhante. For the sake of curiosity, I’m interested to know more. Any information you’d be willing to share is welcome, e.g. extent of a mod’s power, guidelines and process by which punitive decisions are made, etc. Thank you.

It’s amazing how quickly just a few troublemakers can cast a pall over a large group that is quickly felt by its individual members. Goes to show how important social harmony is.

@DKervick this is really great. The clarity is indeed worthy of Aristotle. Thanks for the link!

And this is how the troll generates strife. For what he indicates is known to be false or harmful or ignorant; but he does not say that thing, but rather something close. In this way he retains the possibility of denial, and the skilled troll is always surprised and hurt, or seems to be, when the others take his comments up. And so he sets the community apart from each other, and introduces strife where before there was scarcely disagreement.
…
For some indeed see that the troll trolls, and are harsh; but others think that they ought to be more gentle, and others again do not even see the falsity, but grasp the truth which is nearby and insist that the troll ‘has a decent point’. And this is excess of charity and the death of the board.
…
The end of the troll is not in his own speech, then, but in that of the others, when they take up his comments in as many ways as bring regret. For there is excess or deficiency in each response, and then more again in each response to that; and every responder chooses his own words lightly but demands exactitude from the rest, and while correcting the others he introduces something new and questionable. And so resentment is built up, and the slighting begins; and the strife is the work of the troll but the origin is not clear.

I think my favorite line was:

Hence the troll is thought to be weak, and one who sits in pyjamas…

Here’s an worthwhile and perhaps relevant book: “Saints and Psychopaths”, by one Bill Hamilton, who was something of a lineage starter for the school(s) of “pragmatic dharma”:

His depiction (from personal experience in the dharma world) of “psychopaths” is perhaps at the extreme end of the troll spectrum, but has provided me with some insight into behavior that has, over the last half-year or so, infected all the forums I currently follow (DhammaWheel and DharmaOverground, in addition to SuttaCentral).

Together with a couple of other observers, I’ve tracked such behavior and the people behind it (across shifting “avatars” and forums), from initial contacts (conflicts at first naively reacted to), through recognizing patterns and tracing individual perpetrators (by favorite topics, attitudes, use of language, etc.).

A major area of topics seems to be politics – not as much here (SC) as elsewhere, but distinctly so. Has to do, perhaps, with the instability and confusion (lobha, dosa and moha in spades) rife around the world today, what with ISIS, Brexit, American politics, etc.

I’m actually looking to SuttaCentral for clues as to how to more skillfully deal with it all.

I personally think the word “troll” is overused. Its original meaning seems to have been something like “a person who intentionally provokes discord, hostility and bad feelings, out of a perverse desire to be hurtful and disruptive.” But it is sometimes used now to mean little more than “an argumentative person who says things I don’t agree with, and in a way I don’t like.” I think we should generally be very wary about calling people “trolls”, when all we really mean is that we wish they would conduct themselves a little differently. I have seen many cases in which a person is singled out as a troll, and ganged up on, simply as a way of enforcing narrow epistemic closure, and strengthening the co-dependent conformity of a group.

Good points. I have felt such pressure on buddhist forums because of not been english and not having an english style of talking. English consider even germans (nr 2 most polite after them in europe) to be very rude. Just google “germans are rude”. So I do not expect too much understanding for a person from latin europe, much less polite than germans.

Another reason one might be labeled a troll is when somewone contradicts a person views. Rule nr 1 of been a good buddhist is that whatever clinging one removes in terms of sensual pleasures should be compensated by increased clinging to views. When views are contadicted, the first defense mechanism is to focus on the person not on what the person is saying. By devaluating the person, the arguments that the person makes are devaluated too and views are safe.

And good point about group thinking:

Type I: Overestimations of the group — its power and morality

Illusions of invulnerability creating excessive optimism and encouraging risk taking.
Unquestioned belief in the morality of the group, causing members to ignore the consequences of their actions.
Type II: Closed-mindedness

Rationalizing warnings that might challenge the group’s assumptions.
Stereotyping those who are opposed to the group as weak, evil, biased, spiteful, impotent, or stupid.
Type III: Pressures toward uniformity

Self-censorship of ideas that deviate from the apparent group consensus.
Illusions of unanimity among group members, silence is viewed as agreement.
Direct pressure to conform placed on any member who questions the group, couched in terms of "disloyalty"
Mindguards— self-appointed members who shield the group from dissenting information.
https://en.wikipedia.org/wiki/Groupthink#Symptoms

It’s very hard to mistake a troll, if you can gang up and defeat a “troll” then he is not a troll, a troll basically want to talk trash, the more the better! It looks like this, they enjoy deceiving others, no meaningful conversation is possible.

I had a real life experience with trolls in office. For months my troll colleague started to talk thrash, then slowly telling believable things with serious face but lies. For some reasons, this behavior spread very fast, soon two other colleagues started to talk trash. Few other colleagues started get infected, even I felt like trolling a bit. It got so bad that the newly joined colleague simply cannot believe a word from them. I lost my temper at some point and f***ed the two most seriously infected trolls, threatening to report to manager if they continue. So they all stopped, even 2 weeks after that the new colleague still cannot fully trust the ex-trolls.

There’s no other way, in forum we just need to moderate and block them, otherwise it spread like a disease. The troll problem is so serious that Google is trying to use AI to crack them down.

If this topic about trolls was also directed at me, I would prefer a direct PM talk instead of passive aggresiveness. For example the strongest conversations I had were probably with Deeele and Leon74. Yet I am good friend with them because we speaked PM many times. That is how grown up people behave. Or for example I had a talk with mod because of something I said in my topic critical of englishman. And because she speaked with me and showed what particular part was problematic, I understood the idea about it. Or for example she let me knew about this forum avoidance of engaging into politics. A thing I perfectly agree with.

When not liking something at a person, it’s always good to talk with him personally. It works wanders. Especially since the person might genuinely not know what you do not like about him.

I’ve also noticed the problem of people misunderstanding aggresiveness to mean grudgefulness. (through PM of course, I just spoke with somebody PM who believed I might be holding a grudge against him cause not all are afraid of face-to-face talk) And I explained to the person problem of romanians is agressiveness, moral relativity when it comes to money, laziness etc. - not grudgefulness. I honestly never had a grudge in my life and I am speaking here about big problem not some words on a forum. So if there is anybody else misunderstanding my style of speaking for grudgefulness, don’t do it.

Grudge-free. I have friends and family in the UK whom I have not spoken to for ten years over a small argument some drunken evening, the reason for which I cannot remember. But here in Romania, you can have a shout at your friends, girlfriend, boyfriend and colleagues, with a preposterous level of personal abuse and the next day, no one cares. The past is a joke. No one holds a grudge. 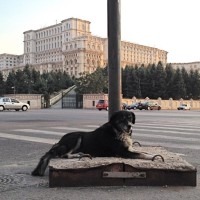 A comment piece in reaction to the hate and love against Romania in the British press, published in Romanian on contributors.ro If you believe The Daily Mail, all Romanians are benefit frauds, pick…

PS: “Sticks and stones might break my bones but words ? Never” - it is not by chance that such a saying developed in the english language. It really is necessary to remember it from time to time.

Sure. Let’s start a separate thread and invite the mods to explain.