Uploading some resources for Bengali-speaking Buddhists of India and Bangladesh under this thread. Please move elsewhere

A recent Dharma Documentary on the life and mission of late Ven Karmayogi Kripasaran (1865-1926 Mahasthavir, founder of the Bengal Buddhist Association in Calcutta (and six other centers in India) and Jagojjyoti (Light of the World) magazine, may be of interest to many.

Mogalmari (West Bengal) Buddhist Monastery (5th Century AD): Documentary “PRATNA RATNA” on new archaeological find.
About the documentary : What was written off as just a mound, which residents of the area believed to hide an ancient lore, has turned out to be a 5th century Buddhist site! Recent excavations at Moghalmari, a Buddhist monastery complex in West Bengal’s Paschim Medinipur district, reveal a historically strong presence of Buddhism in the State which dates as far back as the sixth century AD. This has so far remained largely unnoticed by historians.The monastery complex measures 60 metres by 60 metres, the largest so far discovered in West Bengal.
“The documentary ‘Pratna Ratna’ is about the Buddhist heritage/legacy which Bengal had/and should be preserved/explored /excavated/researched upon. Our objective is to showcase it to the world at large. Facebook & Youtube is our platform to reach out to the viewers. The awareness about Moghalmari is minimal or nearly non-existent. So, the film could be an ideal tool to communicate about its splendour and significance globally.” 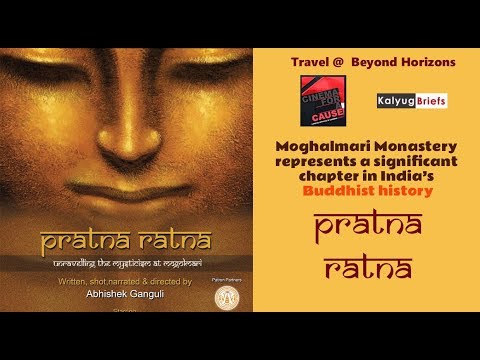 It’s remarkable that the Ven. Karmayogi Kripasaran established education centers regardless of religion or caste and Pali language study was mandatory.

@Adutiya yes it is remarkable, what he accomplished as a monk coming from a very poor village background in Chittagong with no formal schooling, except monastic education in Pali suttas. He was a great visionary and selflessly worked for the benefit of many.
More on his legacy.

Thanks for this - much needed sketch of Kripasaran’s life.

Not too much documentation regarding him or the history of Dharmankur/BBA etc I gather?

One of the monks in the documentary, Ven Bodhipala of the Bengal Buddhist Association passed away last year:
[https://www.buddhistdoor.net/news/revered-indian-buddhist-monk-bhikkhu-bodhipala-dies-after-contracting-covid-19]

Thank you @sananda for that citation of the thesis/article by Ober, Douglas Fairchild. I love learning little annecdotes from the life of my Great Grandfather (my father’s Great uncle) Ven. Kripasaran (1860-1926), whom I never met physically. I did meet late Ven. Bodhipala few times in Dharmankur. He was also my cousin.