Does anybody get Pariyatti Pali Word a Day?

Some years ago I subscribed to a daily email “Pariyatti Pali Word a Day” where they send out a Pali word and English definition each day. I’m curious if anyone else here has any experience with this and how accurate the definitions are.

Yes, I also receive the Pariyatti Pali word of the day.
The definitions seem accurate.

I do not, but I’d bet they’re using the Concise Pāli Dictionary - http://www.ahandfulofleaves.org/documents/concise%20pali%20english%20dictionary_buddhadatta.pdf

Which, iirc, is an English translation of a Burmese Pāli Dictionary. It’s not exactly inaccurate, but some of the word choices are a bit odd because of this. If possible, I’d always double check against Cone.

I get it too. Concise dictionaries are useful for beginners as they (generally) present the most common meanings. But the simple definitions it gives are obviously partial, and I regret that they don’t offer examples of the word in a sentence.

That said, I can’t claim that I take myself the extra mile and look it up in the PTSD and in SC.

Which, iirc, is an English translation of a Burmese Pāli Dictionary.

As a quick reference, I think the dictionary is fine. I have a version of it as an app (along with the English-Pali dictionary) on my iphone. 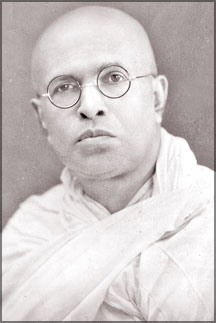 The Venerable Ambalangoda Polwatte Buddhadatta Mahanayake Thera (A. P. Buddhadatta) (1887–1962) was a Theravada Buddhist monk and a professor of Buddhist philosophy at Vidyalankara University. During 1928 he travelled to Switzerland to teach Pāli but found no suitable students. In 1954, he was the first Sri Lankan monk to be awarded as the Agga Maha Pandita by Burma (Myanmar). He wrote several books on Pali language, and was a member of the inaugural staff of Nalanda College, Colombo and a membe... 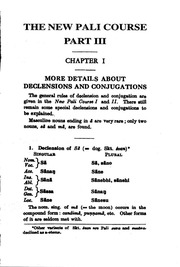 The New Pali Course by A. P. Buddhadatta : Free Download, Borrow, and...

As a quick reference, I think the dictionary is fine. I have a version of it as an app (along with the English-Pali dictionary) on my iphone.

I like it especially when I want to go from English to Pāli.