I just tried downloading my posts for the sake of searching through them for a reference I made (edit: under user control panel > activity > download my posts). I got a file called “user-archive-Mkoll-170110-232835-19 (1).csv.gz.” I tried opening it with Notepad and got a bunch of Chinese(?) characters. I tried deleting the .gz extension and opening it as a .csv in Excel and got a bunch of jibberish, e.g.

What am I doing wrong here? 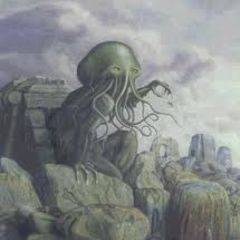 The hand of Cthulhu? May be.

Could you or someone else try replicating this?

Cool. Just did, gave me a gz archive with a csv inside. Rendered perfectly clear in “Apple Numbers”.

I just downloaded my posts: I didn’t realize you could do this!

But anyway, it worked fine, I now have a local copy of all my words of wisdom and foolishness! If only we had a wisdom filter, hmm …

The file is compressed using gz compression. You have to unzip it first.

That’s it Bhante. I didn’t unzip it first. I had no idea .gz was an archive format.

No worries, I have notified the Discourse team, hopefully they will offer more explanation in the future. The users of Discourse tend to be pretty geeky, so they kind of assume everyone is familiar with common, everyday things like GNU compression naming conventions. I mean, it’s not like anyone has anything better to do, right?

On the other hand, the feature itself is pretty nifty!

The team at Discourse have accepted my suggestion. A small win for open-source and open development!

One of our users just got frustrated trying to download their posts. The feature works well, but they didn’t know what a .gz file extension meant and tried to open it in Notepad. Perhaps a little explanation in the notification message about the...