I just got the latest list of Buddhist topics for this year’s American Academy of Religions conference. This is the largest religious conference in the US, and each year most of the prominent figures in Buddhist studies there attend and give papers.

And, as usual, there is not a single topic that deals with anything that happened in the first 500 years of Buddhism. Nothing on the suttas, on the Vinaya, on Ashoka, on the emergence of the schools, or on anything else that might actually have anything to do with the founder of Buddhism, his historical context, his teachings, or his students.

A lesser, more cynical mind than mine might suspect that the real reason for this deplorable state of affairs is that Tibetan and Zen Buddhism dominate in the US, and the professors daren’t alienate potential students by implying that what their teachers teach is different from what the Buddha taught. But like I said, lesser minds than mine!

Theres’s a really interesting essay by Frank E. Reynolds that deals with how Buddhism is taught in academia, specifically within a modern context. He asks,

Is it really possible to develop a fully up-to-date approach to liberal education that takes adequate account of the new realities of globalization and pluralism on the one hand, and the consequences of the postmodern dethronement of the Enlightenment notion of Reason on the other? [p.474]

Reynolds doesn’t necessarily attempt to answer this question but rather explores the difficulties of teaching Buddhism in a way that it commensurate with the experiences/issues of modernity. Thus, he argues for teaching the suttas on one hand as they appear textually, and on the other how the texts have been ‘appropriated’ within the modern day. I can send you the full article if you’d like, Bhante.

And also, because I’m a slave to the academic copyright machine:

The problem here is that he’s still wrestling with postmodernism. Postmodern ideas were innovative when applied to Buddhism by Schopen in the 80s. We get it, there are different perspectives on the truth, we can’t control the truth with an authoritative narrative, and all that.

We live in a world where the (actually non-existent) monolithic rationalist narrative has been displaced by Twitter. Rejoice! For we have asked and we have received. Postmodernism has been overtaken by the world it created. And guess what: science and reason are still here, and still just as important to the rest of the world.

For all their deconstruction and anti-rational attitudes, most academics are still bound to publication in monopolistic journals and prestige publishing houses. Few are the Buddhist academics who actually engage in a diverse, flat, public dialogue with people outside their specialities.

Few, not none. For example, Paul Fuller, who I know from his days at Syndey Uni, has an excellent blog which deals with issues arising from the political activities of the Sangha in contemporary Thailand.

I’m not saying that all academics should do this, although it would be great if more did. Some are plenty happy sitting in their offices working with obscure texts; and it must be said, many more are spending their time doing administration, fundraising, and trying to get enough students to keep their courses alive.

I’m not blind to the difficulties they face. I just think they’ve shot themselves in the foot by making such a huge problem out of something as simple as, you know, teaching about the Buddha in a course on Buddhism. It really isn’t rocket science.

Of course there are problems in the questions of authenticity and so on. But you don’t solve these problems by theorizing about them. You learn from them by teaching the material and discussing it.

Perhaps in their quest to “Cultivate Authenticity” they might just happen upon something or other from Early Buddhism. Or perhaps not, should “Efficacy, and Identity” prove to be more interesting (whatever those mean).

This conference looks like a big buffet of tripe to me. Needless to say I’m not going.

There may be some things that touch on something in the suttas, but it’s unlikely, and if it does, it’ll be very cursory. I’ve been at a conference where there was only one paper that referred at all to anything in the first 500 years of Buddhism. And that was mine.

Reading the topics, I didn’t see anything at all that relates anything to what I consider “Buddhism”. Please forgive my simple mindedness but I just don’t understand the concept of learning Buddhism through academia (whooh academia, them fighting words where I grew up LOL

). Reminds me of the “college professor and the menu” story. More importantly, a lot of people still have this misconception that the teachings of the Lord Buddha can’t be so simple and down to earth. They prefer to learn it in colleges or universities so they can have degrees on it so they can display their achievements, go on debates, and write articles on something they’ve never even begun to taste for themselves. It is a sad state of affairs.

with respect and reverence,
russ

I think this is unfair. In every Buddhist country there is some form of formal Buddhist education. And every religion has some form of academic study. There is no reason why anyone should not study Buddhism in academia for the sake of simply learning about Buddhism.

One of SuttaCentral’s founders, Rod Bucknell, taught Buddhism at Universities his whole professional life, while another, John Kelly, got a Masters in Buddhism after his retirement.

Not to speak of SuttaCentral, but the whole movement of Early Buddhism is based on the work of people such as TW Rhys Davids, who learned Pali, gathered manuscripts, edited texts, compiled dictionaries, did translations, and wrote essays that are still valuable today.

The problem is not that there shouldn’t be an academic side to Buddhism: there should. It’s that due to a specific set of ideological and cultural concerns, the last generation of Buddhist study in the US and related cultures has lost sight of what is important. While Buddhism has flourished and grown to unprecedented levels in the US, there has been no corresponding growth in the quality and meaning of the academic work produced, rather the opposite.

Thank you for pointing my error

Ooops! My bad. Re-read my post and I completely messed it up LOL. I did not mean to neglect the many contributions of people have made through their diligent studies. I originally meant that I didn’t understand the concept of people studying Buddhism through academia to only have achievements, debate others, and write articles that really doesn’t have any bearing to the teachings but more catered to their school/tradition. I’ve seen that here in the US. You have put it well on your post below:

The problem is not that there shouldn’t be an academic side to Buddhism: there should. It’s that due to a specific set of ideological and cultural concerns, the last generation of Buddhist study in the US and related cultures has lost sight of what is important. While Buddhism has flourished and grown to unprecedented levels in the US, there has been no corresponding growth in the quality and meaning of the academic work produced, rather the opposite.

Scholars who study the early Buddhist practitioners are or perhaps because the study was the purpose of their own liberation
I think their research is also not known to the world.

I was supposed to predict else

It’s probably for economic reasons, because I think that if scientists to study the Pali Buddhist scriptures have quit in the middle of the study.

The second reason is that scholars who translated the scriptures will probably become a Buddhist monk.

I’m less disappointed with my lack of a graduate degree, given that the lay of the land is this way; it’d likely have been a massively frustrating environment, full of unpaid bills and unpublished papers. What a mess; custodial work is much more suitable.

But it’s disappointing, as well, to see the lack of Early Buddhism in modern Buddhist practice. I’ve struggled a long time with bewilderment in the face of people who resist this information, as well as - when I’m being honest - anger & frustration at Mahayana having gotten in my way for as long as it did.

So, while I’m grateful for the access to the Dhamma which obtains in my case, I wonder about all this sham foolishness still wafting about; is there nothing more to be done to help clear the air? It’s very musty among the humans, these days…

A22-305 Buddhism SectionTheme: Books and Bodies, Caves and Technologies

This could be interesting. Any chance it might include updates on the work being done at U of Washington on the Gandharan texts?

via https://papers.aarweb.org/2015_preliminary_program_book.pdf , that section seems to have four papers:

Alexander Hsu, University of Chicago
How Do You Use A Grove of Pearls? Notes toward a History of Medieval Chinese Buddhist Anthological Use with Evidence from Dunhuang

Daniel Tuzzeo, Stanford University
On Cognitive and Narrative Maps: Navigating Memory and the Afterlife through Imagined Space in Buddhist Texts and Material Culture

…but that’s about it.

There is a fair amount of talk about the extraction of mindfulness from the Buddhist context & into e.g. healthcare and business settings, so that’s nice to see in place.

Even the toilet is made into a ritual? It will, I presume, be considered ideologically unsound to point out that the (extensive) section on toilets in the Vinaya is entirely concerned with cleanliness and hygiene, not with ritual. We can’t have anything that suggests we might actually know anything about Early Buddhism or that—horror of horrors—it was actually rational.

Any chance it might include updates on the work being done at U of Washington on the Gandharan texts?

This is perhaps the only project in American Buddhism that is doing actual long term serious academic work that advances the field and contributes to our understanding of early Buddhism, so no, there’s nothing on this. 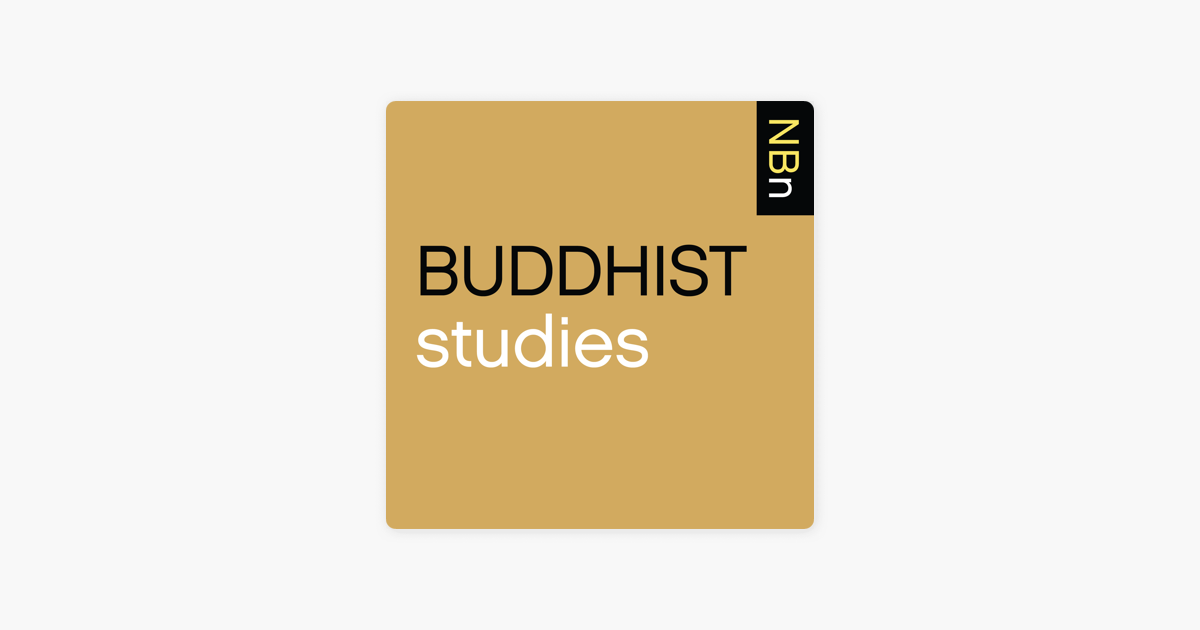 Maria Heim-- “The Forerunner of All Thing: Buddhaghosa on Mind, Intention and Agency”

Maria Heim-- excellent. The interviewer not. Worth listening overall.

Here is a search URL for this year’s topics ( may be partial).

Thanks for that. As usual, nothing whatsoever on the first 500 years of Buddhism.

What could be done to remedy this? Plan for 2017? I’ll buy the plane ticket if you’ll write the paper…

…unless the next conference is in Cleveland, and we’ll aim for 2018.

Lol. Last time I gave a paper for the AAR, they put me in the same time slot as Gregory Schopen. He was in a big hall, which I presume was full. I was with a few others in a small room. No-one came. Literally no-one, except for one or two randoms who wandered through. Well, at least I got to visit Atlanta!

Well, if this conference would be a good platform for a program that you’d like to create and perhaps a good way to promote Sutta Central, I’m guessing more than a few of us here would be supportive to get you to the next conference, if you’d like to do that.

He’s got nothing on you. Maybe he has a good PR guy.

I’m betting with time, you can develop a paper that might just get 'em rolling in the door. People need to know what the Buddha actually taught, and what his teaching means. I think you’re one of, if not the, most articulate ambassadors for the Buddha’s Dhamma out there today. It’s the most compelling remedy for this ailing planet these days, really.