Eating in the wrong time: Is there a margin of error for midday?

The Second Buddhist Council debated on whether bhikkus should continue to refrain from eating in the wrong time (vikālabhojanā). However, the translations I’ve read for this point phrase this in terms of whether it is permissible to eat when the sundial has passed 2 fingerbreadths wide beyond noon (dvaṅgula-kappa). This would imply a margin of error of 2 fingerbreadths beyond solar noon for eating in the right time; that is, there is a period of time around midday that is considered “at noon,” and the wrong time (after noon) does not start until an appreciable unit of time after. This would seem to make sense given the imprecision of solar timekeeping (although today’s astronomical calculations can compute the sun’s zenith precisely, at the time of the Buddha, solar noon would not really be known as a precise, infinitesimal moment). Is there anything in the would suggest that there is this two-fingerbreadth margin of error for the start of the wrong time? If it has only passed half a fingerbreadth past solar noon, would this still be eating in the right time?

Hi there @AnUpasaka, and welcome to the forum!

I was an eight-precept wandering upasaka for a few years before I ordained and I think I know where you’re coming from. I would make a lunch date with a friend for 11:30am on Sunday and then they’d be late. It’s 12:00 and they still aren’t there… what to do?

Personally, I gave myself the following wiggle room: I installed Sundial on my phone to alert me to when solar noon really was going to be that day (usually well after 12:00) and then I just tried to start eating before that, not worrying too much if I went over time finishing up. So in the above scenario, I’d start eating just a bit before solar noon (12:25 perhaps) and eat slowly and mindfully. If I finish before my friend shows up that’s on them. I’ll just say I got hungry while waiting.

Sometimes even that isn’t an option. Once, a lay friend wanted to offer me a lunch but the restaurant they ordered from was late delivering our meal. They were so upset that their offering would go to waste, so I just said “it’s okay” and ate it anyway, knowing I’d have to confess it later.

Remember that the rules are there to simplify life and to make ourselves less of a burden. For training rules like this one (as opposed to moral rules like killing), sometimes the more graceful thing to do is to just break it this one time and confess it later. Better than trying to play games guessing about how many finger breadths an hour is

That’s my two cents at least.

If by “time” you mean the official time of day, keep in mind that the world today is divided into 24 time zones, but within those time zones the sun passes overhead as the earth rotates creating a situation in which the sun is in a different location within the width of any one time zone despite it being the same “time” throughout the entire time zone. Or, to put it another way, even though it might be noon in, say both Berlin and Paris, the sun is not directly over both cities at the same time inasmuch as the former is further to the east than the latter. So designating a time for the midday meal would seemingly entail disregarding the clock and observing the location of the sun every day depending on a bhikku’s location, something that might be difficult in the northern and southern latitudes during their respective winters when the sun often is obscured.

If a bhikku should be so unfortunate to live within the arctic circle (north or south) during winter, there is no such thing as midday since the sun does not pass over the horizon for several months out of the year (something that has also presented challenges for Muslims observing the daily Ramadan fast).

Yes. Thankfully the Sundial app I mentioned above does all the calculations for you, taking your location and everything into account to determine solar noon.

If a bhikku should be so unfortunate to live within the arctic circle (north or south) during winter, there is no such thing as midday

As long as you’re not precisely at the pole, the sun will still have a zenith (a highest point) even if that point is below the horizon. Again, modern astronomical calculators can do the math for you. No need to pretend It’s unknowable.

As long as you’re not precisely at the pole, the sun will still have a zenith (a highest point) even if that point is below the horizon. Again, modern astronomical calculators can do the math for you. No need to pretend It’s unknowable.

Wouldn’t there be a problem in the Arctic or Antarctic winters with not being allowed to eat until after sunrise?

You can always just pick a nominal time too, like 6am–12pm local. If I’m not mistaken, this is what most monasteries do for their schedules. But this is perhaps straying a bit from the OP’s question?

Wouldn’t there be a problem in the Arctic or Antarctic winters with not being allowed to eat until after sunrise?

For a bhikkhu intent on following the Vinaya to the letter it would probably be impossible to survive on one of the Arctic or Antarctic research stations, located in regions where the polar nights continue for many months. But it would be quite doable in normal places of human habitation. For example, in the city of Kiruna in Swedish Lapland you’d only need to fast for 28 days a year.

Thank you for your recommendations, Bhikkhu! Yes, to be honest, this is precisely for those occasions when social engagements and long wait times at restaurants make eating precisely before solar noon a little inconvenient. I remembered reading this description from the Second Buddhist Council and wondered whether there is a canonical justification for it. This is easier during daylight savings time (when solar noon is closer to 1 pm nominal time) but is more difficult during winter months.

Thankfully, I don’t plan on being in the Arctic or Antarctic any time soon

. I think it would indeed make sense to use a conventional time in that case, perhaps corresponding with another set location.

This might seem like splitting hairs, but given the attention to the definition of dawnrise in “When Is Dawn (aruṇa)? When Is Dawnrise (aruṇuggamana)?” by Bhikkhu Ñāṇadassana, I was surprised to have not found similar attention to this two-fingerbreadths point regarding solar noon. Given that the debated point on eating in the wrong time is named by the term “two fingerbreadths” (dvaṅgula), I was hoping that perhaps there is some textual basis for this, but all of the relevant sources I’ve read appear to point to the Second Buddhist Council and not a part of the Tipitaka. Perhaps it was just a commonly understood convention of the timekeeping at the time?

Given that the debated point on eating in the wrong time is named by the term “two fingerbreadths” (dvaṅgula), I was hoping that perhaps there is some textual basis for this, but all of the relevant sources I’ve read appear to point to the Second Buddhist Council and not a part of the Tipitaka.

Well, the Pali account of the Second Council is actually included in the Vinaya Pitaka, as the final part of the Cullavagga…

Your post reminds me of my experience trying to keep precepts.

I go by solar noon when I keep precepts or on a retreat.

I once asked Ajahn Brahm about this rule and said that sometimes when I was at work, it was difficult to eat before solar noon. (There was a period that I kept eight precepts for 49 days consecutively.) I had expected him to say that it was ok as I was not a real monk, etc…

He said, to my surprise, that I would not die from missing a meal

I thought, I confess, that he was sooooo strict!

But years later, thinking back on the issue, I understood that I was just trying to justify my desire to eat by trying to find loopholes or flexibility in the precepts.

Now when I am on retreat or am keeping eight precepts but fail to defy Food Mara, I just accept my defeat and admit that I’m breaking this precept. 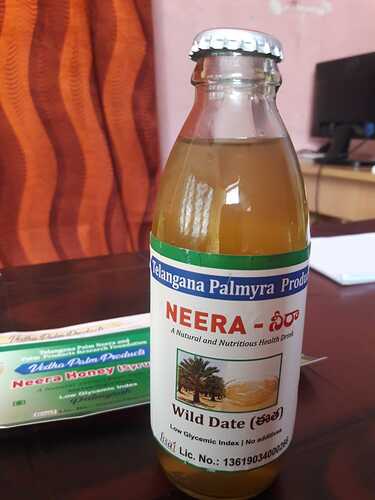