Epstein and the Brain

Okay, so I thought I’d pull this out of another thread and pop it here:

Your brain does not process information and it is not a computer – Robert...

Your brain does not process information, retrieve knowledge or store memories. In short: your brain is not a computer

I thought I’d also include the following links which Bhante Sujato provided: 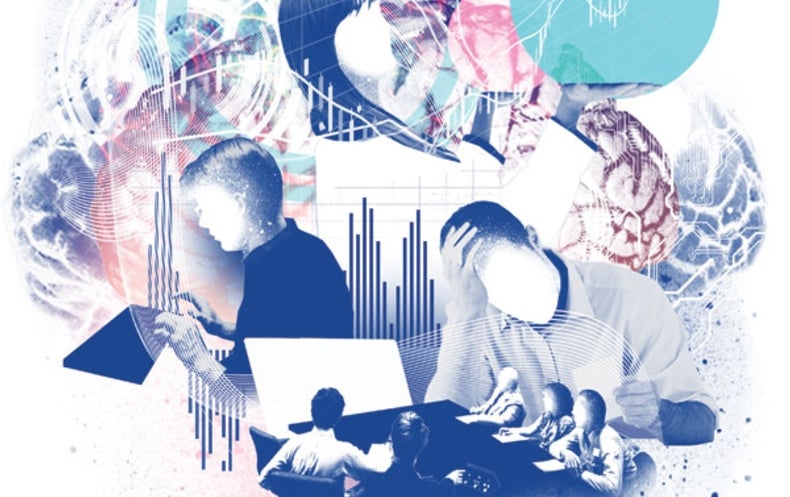 Two years in, a $1-billion-plus effort to simulate the human brain is in disarray. Was it poor management, or is something fundamentally wrong with Big Science?

Aeon | a world of ideas

Aeon is a magazine of ideas and culture. We publish in-depth essays, incisive articles, and a mix of original and curated videos — free to all.

It ocurred to me that they were languishing at the bottom of a thread and I really think they deserve a better airing.

That is all well and good if we functioned as computers do, but McBeath and his colleagues gave a simpler account: to catch the ball, the player simply needs to keep moving in a way that keeps the ball in a constant visual relationship with respect to home plate and the surrounding scenery (technically, in a ‘linear optical trajectory’).

Me and my fellow students colleagues at the Technical University of Berlin have very nice courses in Spacial Cogniton every semester. The basic premise of this research field is that ‘virtual models’ exist at least for spacial cognition. To confirm their existence, just imagine how you can come from wherever your are to the Shwedagon Pagoda in Yangon, step by step: coming out ouf your apartment, taking a train to the airport, taking the plane to Myanmar, while focusing not on what your doing but rather on your route. Imagine you have to explain to someone the way to Yangon from your current position. I think you will most definitely see that there are some kind of mental models involved. Whether they are ‘stored in brain’ and have some kind of phisiological correlation is a completely different question altogether. Besides, it is painfully obvious for every researcher in the field that these mental models (or mental maps as they are sometimes called) are very different from computer-stored information and are not really processed in a computer-like way. Still, they do exist and they do influence our behaviour. Kudos to the article for explaining it to the general public, a disgruntled ‘meh’ for not pointing out the existence of mental models in a clear way. It even feels a little bit like the author does not support the existence of mental models at all - I think that he actually possibly does but the article is still a bit vague about how we should think about our brains if they are not computers.

While the model that seems to be proposed by McBeath and his colleagues can certainly be of much use, I have worries about it leaning too much to behaviourism. Maybe, after taking a closer look at their arguments, I will be convinced, I don’t know. As of now, it looks like a two-edged sword.

P.S.: cool links, thanks for having a separate thread for them

the article is still a bit vague about how we should think about our brains if they are not computers.

Traditional cognitive science has certainly conceptualized central cognitive processing, what we will call cognition in the narrow sense, in abstraction from bodily mechanisms of sensory processing and motor control. Research programs within artificial intelligence exemplify this view of cognition in the narrow sense, and they have been one of the clearest targets of embodied cognitive science.

Embodiment Thesis: Many features of cognition are embodied in that they are deeply dependent upon characteristics of the physical body of an agent, such that the agent’s beyond-the-brain body plays a significant causal role, or a physically constitutive role, in that agent’s cognitive processing.

Now, another comment by me, this time in a media science perspective.

The introduction of print revolutionized not only our ways of disseminating information but also our ways of thinking. Quite many media scientists would argue it was the Gutenberg Galaxy that made the Reformation possible and shaped the European mind for centuries to come. The discussion of the IP metaphor in the links article lends this argument more support. Let’s be honest, the age of books is kind of over, the Github or Wiki age or something very similar to this is possibly what is coming next. The informations processors are dominating the cultural landscape and are starting to sink into the metaphorical structures of our cognitive process. We think about brains as computers, there is a constant talk of us possibly living in a computer simulation, ‘network’ is probably destined to be the buzzword of the century… It is all so vastly interesting

P.S.: cool links, thanks for having a separate thread for them

no worries, you are welcome