For our friends in California, Oregon, and Washington: I can only send metta, I wish I could send sensible policies on climate change!

California is consumed by fire, again, worse than ever. 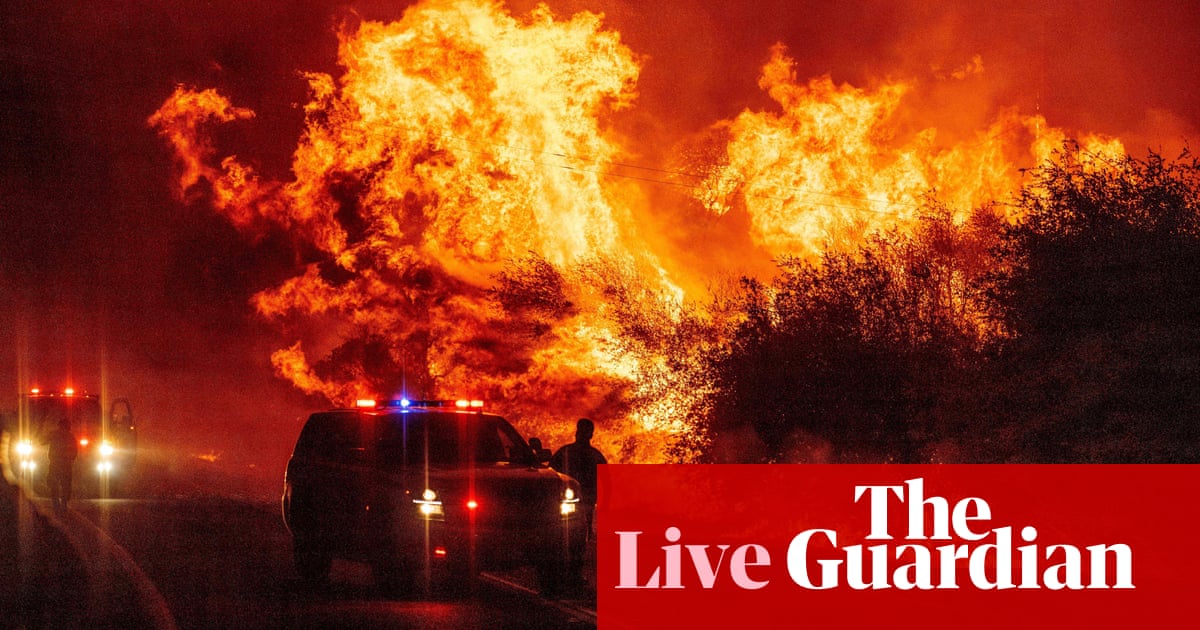 Hundreds of homes destroyed in Pacific north-west as 'unprecedented' fires...

About 2.3m acres burnt in California while most of town of Malden, Washington, destroyed by fast-moving fire

We have lots of friends there, in the monasteries and towns, I hope you are all safe!

In Oz, we are coming into our fire season. Everyone is nervous.

It’s climate change, this is what it is like. If this year is one of the worst of the last century, just think: it will be one of the best of the next century.

I was out there for last year’s fires. It was pretty wild, the sky was choked with smoke. It was a hell realm for a little bit. I got to see Abhayagiri monastery in Redwood valley and Shasta Abbey (Soto Zen) near Mt Shasta. It’s such a beautiful place and the Dharma is thriving (I think California is the only state where Buddhists are over 1 percent of the population!). It’s so sad to see this happening now. Hopefully all the sanghas are staying safe.

Until recently, the smoke has been largely blowing east away from most cities, but we had a change of winds over the weekend. Here in LA, I could smell burned wood in the air in the morning. San Francisco looks like this today. The Bay Area has been ringed with the biggest fires this year.

Some of the commentary that I’ve read criticizing the way we manage wild fires has basically been that we could be burning small patches to break up the huge stretches of mountain forests that are full of dead trees from the droughts. That would make it so fires would naturally burn out instead of turning into these enormous infernos.

Thanks. I am up on the north coast of california. Usually one of the most fire free areas around. Apocalyptic today. No visible fires but smoke so thick had to have the lights on in the middle of the day. Three confused hummingbirds flew in attracted to the light. They got out ok.

The fires are also very bad to the north of California here in the state of Oregon. The town I live in is under a Level 2 alert which means be prepared to leave at a moment’s notice. Here is a photo I took Wednesday while getting gasoline at a grocery store in my town. I want a full tank of petrol in the event I have to evacuate. While we can’t do much about it we can see the scale of the tragedy from space!

The NASA Worldview app provides a satellite's perspective of the planet as it looks today and as it has in the past through daily satellite images. Worldview is part of NASA’s Earth Observing System Data and Information System. EOSDIS makes the...

Just doing a quick check, it seems that the California fires so far have burned about 2,300,000 acres. The 2020 black summer Australian fires destroyed 46,000,000 acres, about 20 times as much. But of course the population in California is much denser.

It pales in comparison to Australian fires last year, but this year has broken the record set in 2018. CalFire released this graphic this morning:

I also found this video that gives a quick overview of the history of fires in California. It’s only in recent years that we had over a millions acres burned a year. 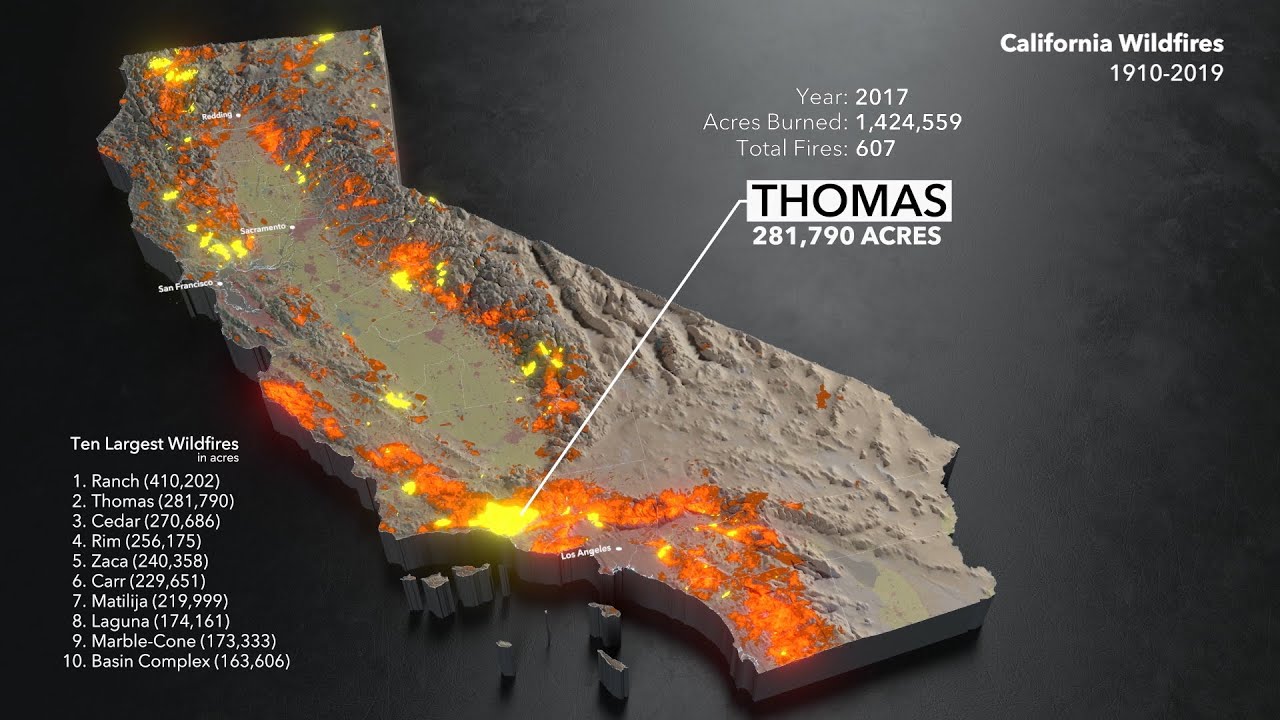 Incredibly depressing and exasperating to witness the inaction and even regression(!) on climate change policies. This is going to be the norm…

Stay safe everyone in CA, sending metta to you and the countless voiceless beings in the face of harm

May all beings be free from harm.

@sujato I wonder if the subject heading for this thread could be changed to “For our friends in California, Oregon, and Washington:” All three western states in the U.S. are experiencing historic fires with loss of life and property all along the west coast of the United States. Speaking personally, but not wanting to draw undue attention to my own circumstances, the town where I live in Oregon remains under an evacuation alert with instructions to be ready to leave at a moment’s notice. I got a flu shot today at the local pharmacy and the pharmacist who administered the shot told me she had to leave her home nearby because of the fires. As of this morning her house was still standing, but if the winds don’t shift there is a good chance her home could be destroyed by the advancing fires.

Here are some photos I took this morning in my town. I feel very bad for the wild animals in the vicinity who are having to endure the extreme smoke: 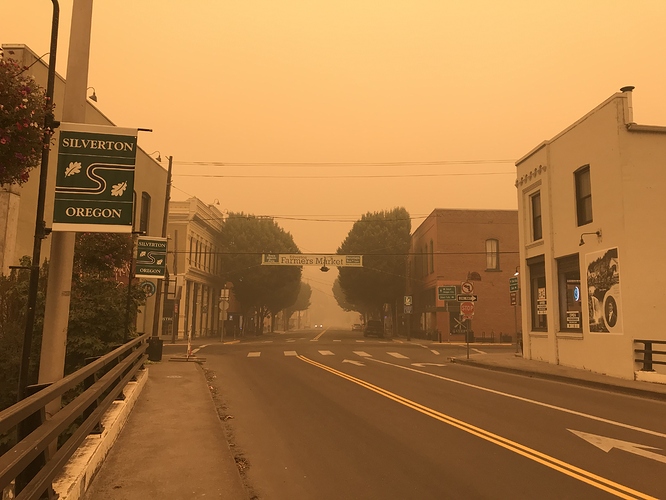 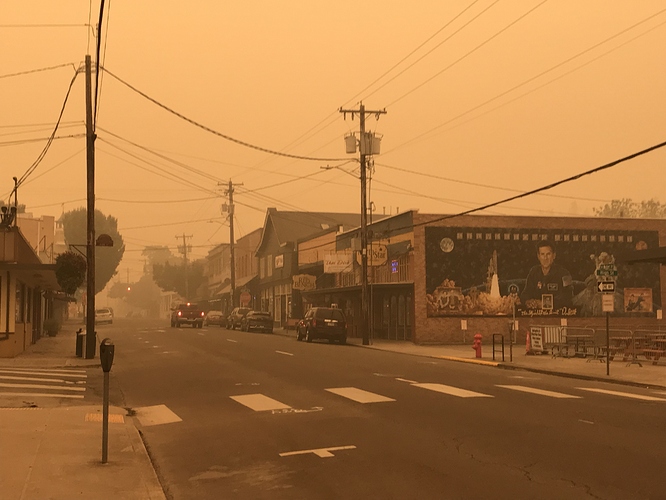 12 posts were merged into an existing topic: Here’s a new topic

Is there any evidence that this is due to climate change?

If you would like to discuss the science of climate change there are other threads already addressing the issue. If they are not sufficient please feel free to continue this line of conversation elsewhere. I’m happy to split the appropriate posts off into their own space. This thread was created to show support for thousands upon thousands of suffering sentient beings.

Having experienced the Australian bush fires at the beginning of the year, the smoke, the orange skies and the anxiety over loved ones, I extend deep sympathy to all friends and communities on the east coast of America.

May we all find appropriate ways of dealing with loss and change.

It is sad how many of us spread out across the globe can write a similar sentence. Here’s mine.

Having experienced the BC fires over the past several years, the burning throat and watering eyes from the smoke, the summer days when you couldn’t let your child play outdoors due to the air quality, the frightened checking in on friends and loved ones, seeing the destroyed homes, I want to express my deep sympathy and metta for all the people and sentient beings of California, Oregon, and Washington that are impacted by these fires.