Just was observing that the Genesis in Upanishads is similar to Buddhist Scriptures. Of course not fully.

My observation is that Upanishads said before there was Death( Darkness) And that death means hunger. Meaning the need to eat. But I see at as connected to the Buddhist story because

The Buddhist version has Darkness and the story how they started with eating earth etc and the problems started coming with each new thing they ate. So Hunger was the beginning . Desire to eat.

Many like the idea of this self luminous in the beginning of each cycle but I think that this must have been made by Brahmins converts to attract Brahmanas. Or Buddha was using is as a way to teach Brahmins. But many people now and in history misunderstand the point. It’s more understood like this, the self luminous beings was taught like depend origination as to remove the idea from Brahmins that everything is caused by something that cause more attachment. And also he says that beings are reborn to free themselves from samsara. So let them now already that those self luminous beings is not your true nature. You have to go further. And in the story it’s obvious that everything start because of a made up Thought.

That’s why self luminous = Mind Made

Stop looking. There is no true nature. That is creating attachments…
In Mahavastu Arahants in heaven waiting for their last birth is also said to be self luminous. But that’s not Nirvana then. Just a way to say there are free.so it was just story to teach everything started because thoughts. And Arahants being free from the taints is considered self luminous. But remember heaven is not the highest goal. So if these Arahants are in the heaven which is the highest they are just living there until finally reaching Nirvana. Not coming back. No rebirth. That is only told in Mahavastu refering to Anagamis.

But the Buddhist version also has Darkness and the story how they started with eating earth etc and the problems started coming with each new thing they ate.

That is very interesting. I’ve not read this. Would you mind providing the reference please?

And welcome to the Forum. I hope you’ll find lots to interest you here. If anything puzzles you, feel free to ask a question.

Would you mind providing the reference please?

Let me introduce myself sorry. I’m from Aruba. Became Upasaka in Washington. In Sri Lanka I retook precepts from a forest monk. My real name is Ruben. I have created Buddhists Society of Aruba , gave free meditation lessons but 5 years already, not that it become popular. It’s a Catholic island. You can imagine. No serious students. Maybe 1. He was my students not where like friends. There is no fixed place all classes are outdoors. There is no people interested right now when putting sponsor on facebook people just like but no person contact. I decided keep doing as I started, with private one person sessions. People that has contacted by themselves.

As the Upanishad reference I give is from the supposed oldest. BRHADARANYAKA UPANISAD 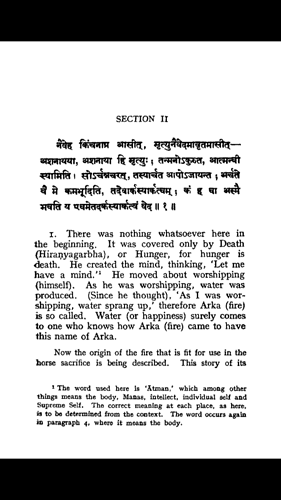 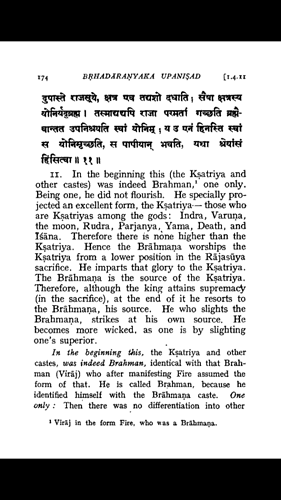 Noticed it’s also in the beginning. And interesting thing here Buddha caste is regarded with alot respect here. But that because that the kings or warriors caste so Brahmanas have to pay their respect. 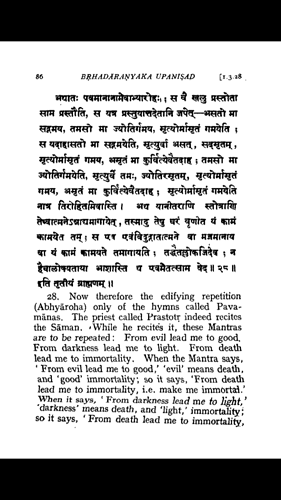 This Buddha commented on in Pali Canon saying it was my former Buddhas if I remember correctly.

I found it strange because I first read this translation which made more sense. This is the one I was referring to. I mean translation

Reference also to the Mahavastu account which is somewhat different but the same point.

As it says, in order to achieve the extinction of existence and Karma

Full Mahavastu. Which Scholars always forget that Is was from a branch from later Mahasanghika. Many do as if it’s from the first. But it’s clear from searching about Mahavastu in other sources

Notice the important part. They being in a heavenly realm die From that heaven and are reborn to Earth as humans.

“There comes also a time, Vāseṭṭha, when sooner or later this world begins to re-evolve. When this happens, beings who had deceased from the World of Radiance, usually come to life as humans.”

So like Mahavastu only says they are most reborn on earth to get free from existence.

Which Pali Canon don’t have. That small detail Mahavastu had to add because the misunderstanding in the time it was made.

Great that you are bringing the Dhamma to Aruba!

It may interest you that Bhante Sujato refers quite often to the relationship between the Upanishadic texts and the Buddha in his Dhamma talks, many of which can be found on YouTube. He also likes to explore the mythological aspects found in the Buddhist canon and gave an introduction to this topic in this course.

Thank you. I will check it out. More complete study for sure

Let me introduce myself sorry. I’m from Aruba.

Pleased to meet you Ruben. I’m so ignorant that I had to look up Aruba. And what I found is below. I had no idea that the Netherlands still had a presence in the Caribbean!!!

Aruba (/əˈruːbə/ ə-ROO-bə, Dutch: [aːˈrubaː, -ryb-] (listen), Papiamento: [aˈruba]) is an island and a constituent country of the Kingdom of the Netherlands in the southern Caribbean Sea, located about 1,000 kilometres (620 mi) west of the main part of the Lesser Antilles and 29 kilometres (18 mi) north of the coast of Venezuela. It measures 32 kilometres (20 mi) long from its northwestern to its southeastern end and 10 kilometres (6 mi) across at its widest point. Together with Bonaire and Aru...

It’s complicated. We have been partly free for many years. Before I was born. Which is more 32 years. But There still some involvement. Like financial help. Military if needed. I’m not so politics. I can’t really explain it. It’s so called “status Apartus”

Just curious (and very off topic!

—mods forgive me!): What language are you speaking in Aruba?

Its a mixed language

Mixed between which languages?

All the ones that conquest Aruba before. So first Spanish, English, ancient Portugal language and some Native Indians words and algo we probably have African words and others that was slaves on the island. Sometimes we ourselves don’t have known origin of some words. Like Kiko ta Kiko? What is what? What up? And another funny one close to Chinese Chan Buddhism. Is the word for budd. Chan Chan. Which Chan is sitting for the right? So there you find maybe came about Native Indian listening to all visitors on the island.

Finally the mods break free from their chains of artificial restraint

It’s not easy living a life of restraint

Finally the mods break free from their chains of artificial restraint

Oh dear … look what I started.

(We need a footnote function; obviously I wasn’t the only one who was curious.