I am asking for your understanding. I approach it with humility. I consider this only a map that may have a lot of mistakes. That’s why I want it to be criticized. Your opinion is important to me. With Metta. 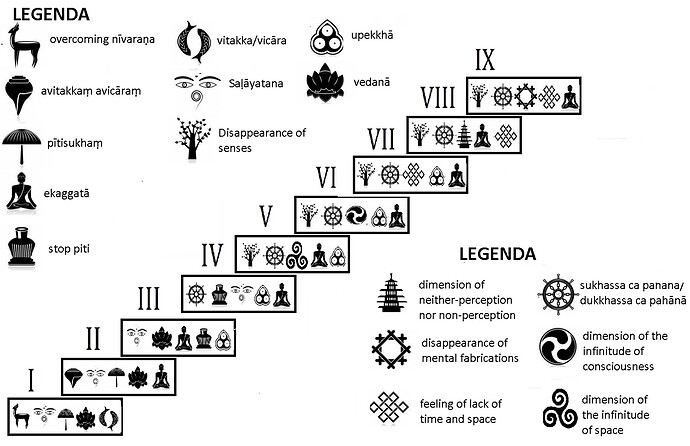 Search: the disappearance of the senses (suttacentral.net)

Another intepretation (4-8 stages are still Saiayatana?) in Buddhadhamma:
Here is a summary of the various stages and kinds of happiness:

I was a bit startled to read this recently:

It might be helpful to add such a reference to any tabulation of absorption states, since tabulation is a form of names and absorption goes beyond.