Guidance in Buddhism on how to protect oneself against danger and harm?

What are some advice provided in Buddhism/the Dhamma-Vinaya regarding how one can protect oneself against dangers and harm?

Some ideas that come to mind are:

Discourse on the eleven benefits of developing friendliness/kindness (mettanisamsa sutta):

Discourse on what it means to be self-protected (atta-rakkhita sutta):

Near Sāvatthī. As he was sitting to one side, King Pasenadi Kosala said to the Blessed One: “Just now, lord, while I was alone in seclusion, this train of thought arose in my awareness: ‘Who have themselves protected, and who leave themselves unprotected?’ Then it occurred to me: …

With the practice of mindfulness, one protects both oneself and others 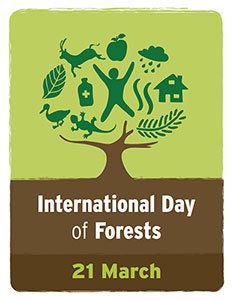 Yes, For the benefit of all beings.

How is this relevant to the post? I am not sure I see the connection to how one can protect oneself against danger and harm.

Thank you for the response though : )

Lovely image invoking harmlessness and good will in all directions! Thank you @Dana

Forests cover one third of the Earth's land mass, performing vital functions around the world.

I hope this link

Thank you. for sharing your response! I found that image on the Internet a few days ago but thought it is timely today and relevant to practice of mindfulness more fully.