Have the Vedas and the Pāli Canon ever been taken into space?

A microfilm Thora, Bible and Koran have been taken into space.
But have the Vedas and the Pāli Canon ever been?
Ellison Onizuka was the first Buddhist astronaut, he was an American from Hawaii.
He unfortunately died in the destruction of the Space Shuttle Challenger in 1986.
Most certainly he did not carry along the Suttas but did any other astronaut so far?
And what about the Vedas? And has there ever been a Hindu astronaut in space?

has there ever been a Hindu astronaut in space

Nominally, he was a Hindu, though we of the Indian Armed Forces prefer to think of ourselves as Indian first. The religious bellicosity one sees in the media is the domain of the Far Right (who are ideologues of the same kind of people in the US)! By and large, India is a multicultural democratic potpourri of a large number of racial and religious groups, having seen in-bound migration and a vibrant exchange of ideas since before the time of the Buddha.

But have the Vedas and the Pāli Canon ever been?

There’s a list here of all the books in the library of the International Space Station. 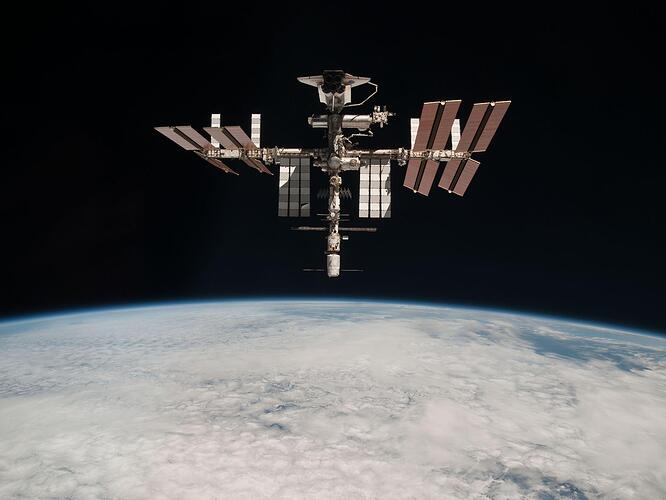 What do astronauts read on the International Space Station?

Every Wednesday, Alex Johnson delves into a unique collection of titles

There are no Vedic or Buddhist texts mentioned, but Will Durant’s Heroes of History does include Dhammapada verse 5, a few lines from the Ariyapariyesanasutta and the Buddha’s instructions to Ānanda on how bhikkhus are to conduct themselves with regard to women.

There are also several allusions to the Buddha’s teaching in Irvin D. Yalom’s The Schopenhauer Cure.

This is not quite the same, but you can send the Pali canon to space for free, 2000 characters at a time: https://spacespeak.com/

Well, it seems that that is indeed challenging, and still the subject of much experimentation!.

Since there is evidence that it has already been tried by those associated with the Vedas and the Pali Canon, and the Buddha himself said space travel was of no use, Roscosmos or NASA didn’t bother asking…

“Reverend, I say it’s not possible to know or see or reach the end of the world by traveling to a place where there’s no being born, growing old, dying, passing away, or being reborn. But I also say there’s no making an end of suffering without reaching the end of the world. For it is in this fathom-long carcass with its perception and mind that I describe the world, its origin, its cessation, and the practice that leads to its cessation. "

thanks for sharing this poetic and stirring sutta

They’ve been in space the whole time…it’s just that the space is only about shelf high above local floor level. The space where my shelves are currently located used to be considered ‘outer’ space before the planet moved

Yeah, I’m really just doing some mental gymnastics to console myself on the fact that I’ll never spend time in orbit. Although… yes I might given enough rounds of Samsara!