How can someone be sure they are a stream entrant?!

Moving here from another thread- how can someone be certain that they are a stream entrant? It might seem that when someone has reached that state there is no doubt about it, but is it based on teachings from the EBTs?

I think we discussed it already at several places. In spite of all the floating claims, no, there is no experiential criterion for stream-entry. We have the lion’s roar as exclamation of arahantship, but declarations of stream-entry are rare and usually provided by the sutta narrative or the Buddha.

A rare exception is Sakka who in DN 21 declares stream-entry on his own. With time I have adopted Joy Manne’s understanding that stream-entry was part of the conversion-complex - with faith in the Buddha one would have become automatically a stream-enterer. The abhidhammic ‘nibbana-experience’ at stream-entry would have come later on.

There is a marked change in behavior as one switches from Identity View to non-Identity View. It’s not quite the same as the Judeo-Christian “unselfish”, which allows for the salvation of self by considering others.

In particular, engagement or non-engagement with identity view is actually apparent when we are alone. Aware that “this is not mine…,” our actions in seclusion will differ according to our view of identity. Instead of collecting things or experiences, we reduce needs and relinquish gladly. We converge towards:

They live without wishes in the present life,

So would you say

Yes, I would say that ‘this’ becomes devoid of self because one’s relationship with “this possession” changes from ownership to custodianship. Self-assumed rights give way to responsibilities. This has to be part of the stream-enterer’s wisdom.

I would say that the “conversion experience” is described in AN3.94:

In the same way, when the stainless, immaculate vision of the teaching arises in a noble disciple, three fetters are given up:

identity view, doubt, and misapprehension of precepts and observances.

Identity view is clarified in MN44:

“Ma’am, they speak of this thing called ‘identity’.

What is this identity that the Buddha spoke of?”

“Visākha, the Buddha said that these five grasping aggregates are identity.

Informally, LOTR Gollum became an empty shell of Identity View in his pursuit of his Precious.

There is a marked change in behavior as one switches from Identity View to non-Identity View. It’s not quite the same as the Judeo-Christian “unselfish”, which allows for the salvation of self by considering others.

I believe the most important aspect of becoming a stream-enterer is that there is no more any doubt that the dhamma is true and is taking centre stage for the stream-enterer. His/her whole life is now aiming to progress further on the path.

Why I am sure that I am not a stream entrant is because I am still breaking the five precepts. (not all)
Things like, I still flush down ants in the sink.
I think it is easier to know that you are not a Sotapanna than that you are a Sotapanna.

With time I have adopted Joy Manne’s understanding that stream-entry was part of the conversion-complex - with faith in the Buddha one would have become automatically a stream-enterer. The abhidhammic ‘nibbana-experience’ at stream-entry would have come later on.

The “opening of the Dhamma eye” at Stream Entry is not mere “conversion” in the faith-based religious sense (EDIT: the Buddhist equivalent to “conversion” is “going for refuge”).

Stream Entry is a definitive insight into impermanence: SN56.11

The best anthology I’ve seen relating to SE is this handbook on how “to proclaim Stream Entering by oneself.”

anthology I’ve seen relating to SE is this handbook on how “to proclaim Stream Entering by oneself.”

So how would it say someone can identify themselves as (or as not) a stream entrant, as some indicators like ‘faith in the Buddha, dhamma and sangha’ is pretty vague.

Well, there’s a lot more than that! 200 pages more! I suggest you just read it for yourself, but one of my favorites is:

It also describes the stream enterer as “completely understanding” the five aggregates, which, of course, includes consciousness.

When there is no consciousness, name-and-form does not come to be.

Maybe ‘cessation of consciousness while seeing the rise and fall of aggregates’ might be better?

And there are lesser “mimicks” to all the other markers as well: faith in the triple gem can be based on deduction rather than direct experience; virtue can be based on shame rather than insight… I have even met people (who am I kidding? I’ve been someone!) who just had a strong manic episode and thought they were a stream enterer!

It’s a very tricky business, wading into unfamiliar territory and trying to parse the map at the same time!

It’s a very tricky business, wading into unfamiliar territory and trying to parse the map at the same time!

You bet! Yet there’s no choice in the matter…

We have to be carefull here not to “Arhantification” of Sotapanna.
Perhaps the Depndent cessation formula you gave may be applicable for Arahants.
However, Sotapanna has eliminated only Sakkhaya Dithi. (personality view) among other three.

Arahantification = This is a term used by exclusively by Dhamma Wheel members to indicate some make Sotapanna as an impossible (such as an Arahant) state to achieve.

What’s the usual way, this happens?

Perhaps the Depndent cessation formula you gave may be applicable for Arahants.

Cessation or nirodha is the same as nibbana. Sotapatti involves a ‘glimpse of nibbana’, right?

some make Sotapanna as an impossible (such as an Arahant) state to achieve.

Yet we must find the correct balance, correlate all the EBTs, and see if someone can identify the state of Soatapatti in themselves.

Although Judeo-Christian religions and Buddhism both promote ethical behavior, one relies on the notion of a soul and the other does not. In MN44, we see that identity is defined by the grasping aggregates. Literally, we are what we crave.
In contrast, in Judeo-Christian religions, the soul is the essence, the immortal essence that is uplifted to heaven or downcast to hell. If one casts away the sins that would weigh us down, the soul ascends. Indeed, those weighty sins are basically unwholesome cravings, grasping aggregates.

Therefore, for a stream enterer to relinquish identity view is quite significant, since it pivots on one’s notion of a soul, the essential identity. Notice that arahants disappear.

“Oh! The perfected ones are happy.

Craving is not found in them,

the conceit ‘I am’ is cut off,

I recall hearing an analogy for stream entry, it’s like a rocket overcoming earth’s gravity and achieving orbit - does that sound right?

I don’t think it is a state or an identity. It is more like passing the nibbanic event horizon on the path. A convergence of developed mental factors such that eventual liberation has become inevitable. Which factors can vary between individuals. I also don’t think it is worth worrying about, since if you are faith follower or dhamma follower, the suttas teach you will attain stream entry before you die, and in my opinon most serious dhamma practitioners are at least faith followers or dhamma followers.

I personally also believe that there are plenty of stream entrants in most sanghas, and most of them have no idea they are, simply because they cannot imagine enlightenment actually having happened to them, and also because Buddhists in general seem to have a huge problem with attainments without the Buddha around to say who has or has not attained something. EDIT: Meaning, if you know you are a stream entrant you will most likely keep very quiet about it

It might be helpful to recall that “stream entering” is a metaphor that is designed to convey an abstract concept, much like the many metaphors in Buddhist teachings. In order to conceptualize ideas, the human brain makes reference to that which is experienced through sensory inputs. For example, time as a concept is experienced through human locomotion, specifically, walking forward. This leads to metaphorical expressions such as “moving forward in life.” A near universal conceptual metaphor is “light is learning,” as in when people say “I see the light,” i.e., they have come to understand something and express that understanding metaphorically based on the notion that visual senses are enhanced by the presence of light. If dogs could speak, when they want to express the idea of learning, they might say “Oh, I smell what you are saying” instead of what humans say which is “I see what you are saying.”

Anyway, to enter a stream literally is to immerse oneself in an element that surrounds one’s body. It is a metaphor meant to express immersion, which as a concept can only be expressed metaphorically. To use a metaphor to measure or quantify an immeasurable and non-quantifiable idea is to try and make a literal set of facts out of an abstract idea. In other words, it’s no easy task.

For more on metaphors in Buddhist thought, see for example: 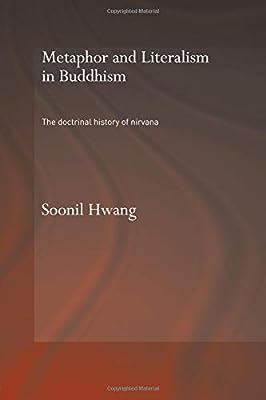 Metaphor and Literalism in Buddhism (Oxford Centre for Buddist Studies) 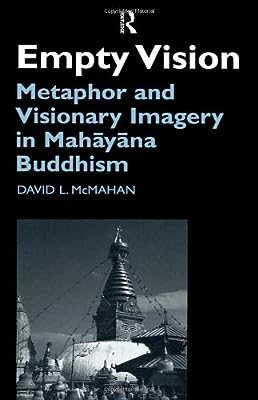