How to add an english translation of anapanasatikatha part of patisambhidamagga?

This is the root that I want to add 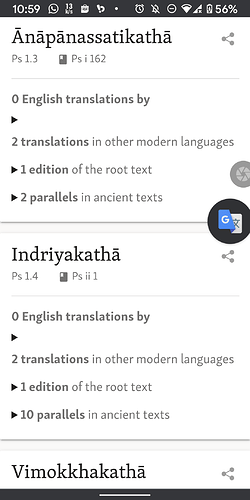 This is the file it’s free to share it’s copyrighted to incrediblebuddha.com and translated from pali by geoff shatz 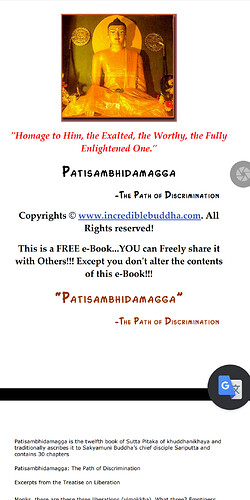 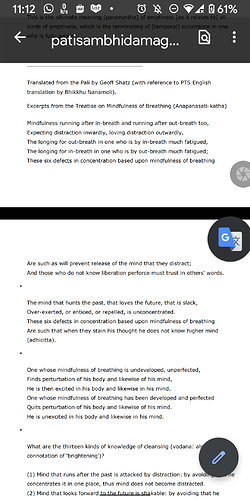 it’s free to share it’s copyrighted to incrediblebuddha.com and translated from pali by geoff shatz

AFAIK, Geoff Shatz didn’t delegate his rights on this work to this website

If he does then how to add it ? I also plan to translate burmese part of anapanakatha to english using professional translator I hope I can add it too

Hi! If you would like to submit ORIGINAL CC0 licenced translations, you can do using the SuttaCentral Bilara app. This is used by all translators working on SuttaCentral, as explained in this thread …

Getting started on Bilara dev

This post is for technical discussion among SuttaCentral developers. If you have a general question or comment, please create another thread for it. Thanks! Bilara is SuttaCentral’s in-house translation app, and it lives here: https://bilara.suttacentral.net History With the deprecation of Pootle, the translation engine on which I made my nikaya translations, we were in need of a new Computer Assisted Translation (CAT) tool. determining that available options did not suffice, Blake proposed…

We can’t accept what you have posted above… it would need to be submitted directly by the original author.

Thank you for this offer, and in accord with what others have said, it appears that the copyright is unfortunately too restrictive for SuttaCentral. It only gives rights to share the ebook without making changes. For SuttaCentral, we need to be able to reformat the content (for example, putting it in HTML, and removing footnotes and other extra matter.)

Bhante if I translate the burmese part of anapanakatha to english using professional translator, could it be accepted here ?

Are you aware that there is an earlier translation of the Ānāpānakathā by Ñānamoli in his BPS booklet, Mindfulness of Breathing? It’s much more readable than his later translation in The Path of Discrimination (on which Geoff Shatz’s work is based).

I believe the BPS would be likely to consent to the use that you propose, for they not only host the full text on their own site but have also allowed it to be uploaded to several others.

Alright I will email bps