How to interpret the jhana similes

Taking the 1st jhana simile in DN2: “It’s like when an expert bathroom attendant or their apprentice pours bath powder into a bronze dish, sprinkling it little by little with water. They knead it until the ball of bath powder is soaked and saturated with moisture, spread through inside and out; yet no moisture oozes out. In the same way, a mendicant drenches, steeps, fills, and spreads their body with rapture and bliss born of seclusion. There’s no part of the body that’s not spread with rapture and bliss born of seclusion.”
Banthe Sujato above translation seems to indicate that the Buddha wanted us to fill up the body with piti and sukha. I take it as being the physical body as the “drenches, steeps, fills, and spreads their body” and “no part of the body” have a clear meaning if we take body as meaning physical body but does not make sense if we take it to mean the mind.

Same analysis for the other three jhanas.
If the Buddha wanted to indicate the mind instead of the physical body wouldn’t he has designed a different set of similes for the four jhanas?

“Feelings are mental experiences of body states, which arise as the brain interprets emotions, themselves physical states arising from the body’s responses to external stimuli. (The order of such events is: I am threatened, experience fear, and feel horror.)” Antonio D’Amasio neuroscientist

When you look at the body heat produced by emotions it is amazing to notice that happiness (sukha) is the one that produces the most heat and covers the whole body.

Body sensations can have mental pleasure projected on to it.

Changed my mind about posting this.

Arguably people who experience bliss after having the experience of their body fall away are experiencing a bodily state but their proprioceptive perception and certain other interoceptive perceptions are radically altered such that they no longer apperceive the fact that the bliss is tied up with the body. It is fairly common for the experience of the body to change well before entering any significant altered state of mind. If the sense of the boundaries of the body completely dissolve then any feelings arising within the bodily space will not be perceived as arising within a body but simply as arising ‘here.’

Rupa jhana have to have stimuli arising from rupa ie the body but in an attenuated way: they will have predominantly mental stimuli. The latter doesn’t negate the former, as there are both rupa and mental (nama) stimuli arising in the sensual levels as well, but with the baggage of craving attached.

In other words, during profound concentrative attainments body and mind appear to have become so much unified in sub- jective experience that they become complementary facets of a single mode of experience. Such a unified condition can still have a physical dimension, a refined sense of the presence of the body, even though this would be so different from ordinary sensory bodily experience that one in absorption would no longer feel itches and minor bodily pains.
On this assumption, it would depend on the individual meditator to what degree this sense of bodily presence is consciously experienced during absorption. Depending on the subjective stance that informs experience, opposing views regarding the actual condition of absorption attainment and its relation to bodily experience could be based on the same mental condition, viewed differently. (p. 56) Early Buddhist Meditation Studies

On rebirth in these three realms being related to involvement with kāma, rūpa, and arūpa respectively see AN 3.76 at AN I 223,26, which has a parallel in EĀ2 42 at T II 881c12. Now rūpa could in principle just be a visual object. Given that absorption attainment is not invariably based on a visual object (e.g. in the case of the brahmavihāras), however, the responsible factor for absorption in general to correspond to the rūpa-loka would appear to be that the bodily dimension of experience has not yet been left behind with absorption, which only seems to happen definitely with the attain- ment of the immaterial spheres. (p. 55)

When you look at the body heat produced by emotions

Wow. Such a cool chart! Thank you.

I notice that anxiety has less brain blood flow, which may be a contributing factor to the drop in verbal cognitive function, i.e., speechlessness, commonly experienced with public speaking anxiety.

However, the cessation of verbal processes due to immersive exertion or metta meditation does not quite fit the pictures, since the latter is highly radiant with (presumably) oxygenated blood. Perhaps the overall balance of extended blood flow is maintained but at levels low enough to have verbal processes cease. 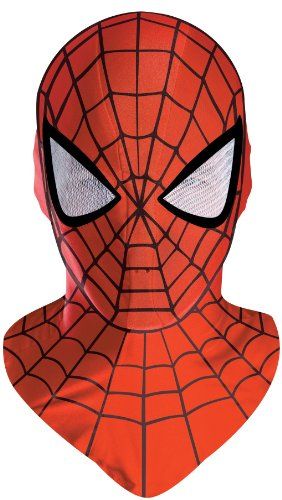 When you look at the body heat produced by emotions

Though they look like heat images I don’t think they are. I found this study which seems to be the source:

Participants reported their subjective experiences of sensations with regard to different emotions and this data was then used to generate the images.

Many thanks Charlie for this file.

You’re welcome. I found it a very interesting study. Basically, of the emotions they studied, participants reported that the feeling of happiness could be found throughout the body. Gets me wondering if this is why metta practice was taught - as a means of developing a whole body awareness.

why metta practice was taught - as a means of developing a whole body awareness.

a pleasure not born from contact but still a physical pleasure (sukha) felt in the whole body.

A purified mind has inherent pleasure in it.