Both DN 11 and AN 6.54 contain the term tathāgatakova.

Requesting scholarly or linguistic insights into this term.

Long ago, monk, when sea-faring traders were setting sail on an ocean voyage, they took with them a land-sighting bird. And when the ship got out of sight of the shore they would let the land-sighting bird free. Such a bird would fly to the East, and to the South and to the West, and to the North, to the zenith, and to the intermediate points of the compass. And if anywhere on the horizon it caught sight of land, it would it fly there (tathāgatakova). But if all around, no land were visible, it would return to that ship. Just so, monk, having sought an answer to this question, and sought it in vain, even up to the Brahmā-world, you have come back to me.

In English, such suffixes are for example “er” as in “goer”. Here, however, it is added to gata, the past participle of gacchati, hence would literally be “goner”. But that has a rather different meaning in English!

The “o” indicates it is declined as nominative singular, and it thus agrees with the so as the subject of the sentence, i.e. the bird. Here the verb hoti indicates that the term is a predicate of the subject, i.e. “it (the bird) is a thus-goer”.

By the way, there are a couple of variant readings here, given in the DN passage: tathā pakkantova and tathāpakkanto va. But these don’t change the meaning; kanta is just the past participle of kamati, which is a synonym of gacchati.

This leaves the particle eva, which usually has the sense “only, just”. Here the meaning is clarified by the context. In the previous sentence, the bird flies (gacchati) to each direction. In the next sentence, it flies back (paccāgacchati) if it can’t see land. So in the middle sentence it must have the sense, “only goes there (and doesn’t come back)”.

This sense is not really captured in the translation you give, although the overall meaning is clear enough. Ven Bodhi has:

If it saw land anywhere, it went straight for it.

Here he seems to be echoing eva through the use of “straight”. While idiomatic enough, it is not very precise. To go straight there is to go without deviating. But what is meant here is that one only goes there. I would suggest:

If it saw land on any side, it went there and stayed.

Incidentally, in the sentence samantā is used, which is the ablative of samanta, “all around”. While the usage here is typically idiomatic for this term and thus the different translations express this in different ways, I think “on any side” is a more exact rendering.

Oh, and to forestall the obvious, no this doesn’t have anything to do with tathāgata as an epithet of the Buddha

What do you mean here bhante? The epitet tathagata has nothing to do with the idea of the bird gone for good for it found firm land?

We gotta fix the wiki then!

ᠲᠡᠭᠦᠨᠴᠢᠯᠡᠨ ᠢᠷᠡᠭᠰᠡᠨ Tathāgata (Sanskrit: [t̪əˈt̪ʰɑːɡət̪ə]) is a Pali and Sanskrit word; Gotama Buddha uses it when referring to himself in the Pāli Canon. The term is often thought to mean either "one who has thus gone" (tathā-gata) or "one who has thus come" (tathā-āgata). This is interpreted as signifying that the Tathāgata is beyond all coming and going – beyond all transitory phenomena. There are, however, other interpretations and the precise original meaning of the word is not certain. The B...

So what is the right etymological breakdown of the epithet?

The etymology is the same, the meaning is different.

I’m curious why the compound meaning would be so different from “one who has realized the truth”. Is this explicit somewhere in the suttas?

Also, my understanding is that the Buddha exclusively used tathagata in reference to himself and not to others who realized the truth.

Hi,
You may be interested in the first part of this article, 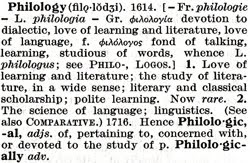 Philological odds and ends I

which runs through the standard explanations of Tathāgata and then mentions Richard Gombrich’s idea that the sense of it is,
“something like “one like that”. The fact the Buddha referred to himself as “one like that” is indicative of the impossibility of fully explaining his enlightened experience. Gombrich also notes that the term can apply to any enlightened person, for example at MN 1.140”

In fact, we see the ‘being’, or ‘being endowed with’ quality for -gata as a suffix in words like avijjāgata, ‘ignorant’. (c.f. Gair & Karunatillake p. 25)