How to treat a damp pot

MN 122, the Longer Discourse on Emptiness, ends with a memorable simile. The Buddha has just given a long teaching to Ānanda, a long term student, who he found to be overly socializing together with other monks in a layperson’s home. After giving a monumental dressing-down, the Buddha caps it off with a simile. However, the simile and its explanation don’t make much sense in Pali, and appear to be corrupt. In Ven Bodhi’s translation:

His note on this says:

The contrast in this simile is between the way the potter treats the raw damp clay and the way he treats the baked pots produced from the clay. MA paraphrases: “After advising once I shall not be silent; I shall advise and instruct by repeatedly admonishing you. Just as the potter tests the baked pots, puts aside those that are cracked, split, or faulty, and keeps only those that pass the test, so I shall advise and instruct by repeatedly testing you. Those among you who are sound, having reached the paths and fruits, will stand the test.” MA adds that the mundane virtuous qualities are also intended as a criterion of soundness.

Analayo, in his Comparative Studies, p. 701 note 80, remarks, I think rightly, that “The commentarial explanation does not fit the discourse too well, since the simile does not allude to a difference between raw and baked products and also does not relate the Buddha’s way of handling disciples to the way a potter handles his finished products.”

He supplies some other references, but does not offer a solution. However, one of the references he offers seems to shed some light on the subject. In the Sanghabhedavastu, which is the chapter of the Mūlsarvāstivādin Vinaya that deals with Devadatta, we have the following, which I give beside the relevant portion of the Pali:

Despite a few differences in the syntax, it is recognizably the same passage. But there are two substantive differences. Where the Pali has the verb parakkamati, the Sanskrit has dhanayiṣye. Now, parakkamati usually has quite a forceful meaning: “treat roughly, force, exert”. I can’t locate dhanayiṣye in the Sanskrit dictionaries, but I presume it is a verbal form of dhana in the sense “to treasure, pamper, mollycoddle”. This makes good sense in the context: “I shall not mollycoddle you!” But this seems to be the exact opposite of the Pali verb.

I propose that the Pali should have an additional negative, which has been elided due to sandhi, i.e. tathā [a]parakkamissāmi. The sense then becomes, “I shall not refrain from tough treatment”, yielding the same meaning as the Sanskrit.

The second substantive difference is that where the Pali has āmaka, which means “raw material”, the Sanskrit has bhājanānā “pots”. I propose that āmaka in this context is an idiom meaning “unfired pots”. (Āmakamatta means “a bit damp”).

Thus the translation should read:

Piya Tan suggests that unlike how the potter treats damp clay (doing everything for it), the Buddha admonishes and gives the responsibility to the monk. Then the monk is able to stand on his or her own feet. Otherwise his disciples will be permanently weak and dependent on him.

A problem with this reading is what might be meant by the “core” of the pot.

I agree that the contrast that is being drawn here is not between the wet clay and the baked pot, but I would suggest that it is better to leave the pots out of it altogether. I think the Buddha is talking about the difference between the wet, raw, imperfection-ridden clay the potter begins with and the smooth, drier and cleaner clay the potter ends up with after wedging and kneading - but before throwing the clay and forming it into pots. That preparation process involves a lot of pushing and pressing, just like kneading bread dough, and the result is the smooth, plastic mass of good clay that was inside the blob of water clay, pebbles, leaves and twigs with which one started when the clay was harvested from the river bank.

Perhaps the misreading has just come from parsing the sentence. If we put a period in a different place, we come up with

A problem with this reading is what might be meant by the “core” of the pot.

Being a discourse on emptiness, could it be the core (essence) remains empty?

That doesn’t seem plausible to me, not in this context where the Buddha is focused on the défilements in Ananda’s character and behavior.

Unfortunately the syntax is pretty clear. The echoed tathā … yathā … shows that those clauses belong together, and this is emphasized by the inclusion of the vocative in the second sentence (omitted in translation.)

For those like me who never heard of the term mollycoddle before: 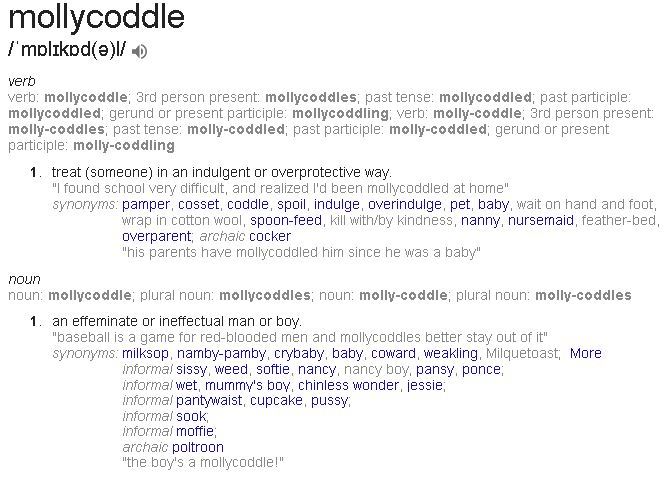 I mean, you may have never heard of it, but your life is richer now, right?