I’m trying to come up with what I guess are infographics that could help people, especially kids, understand the concepts and details of different types of individuals in regards to enlightenment. Here is what I have created. 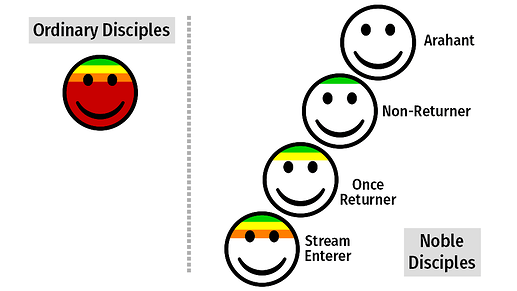 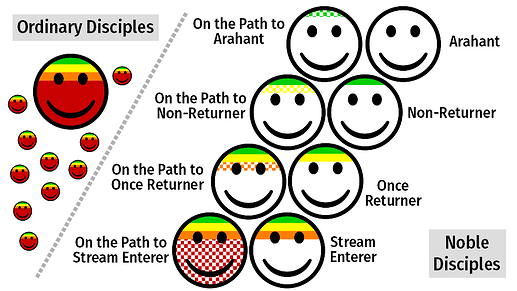 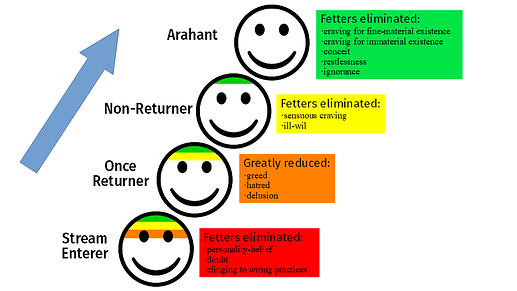 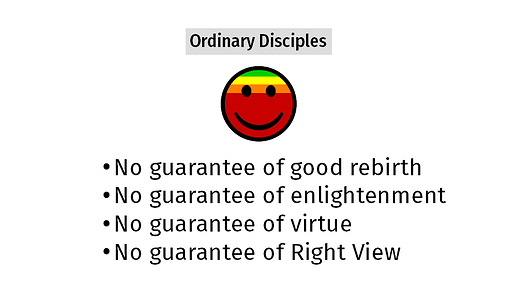 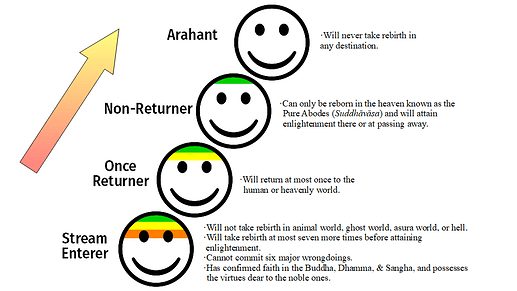 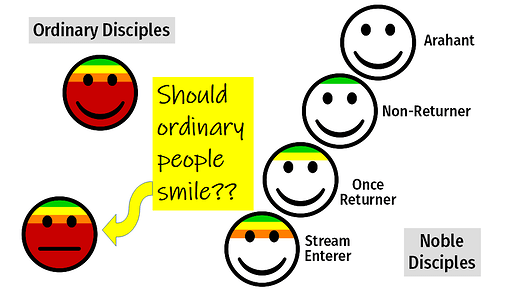 And what do you think about this happy guy, more hand drawn:

I’d really love to hear from ven. @yodha since you have such a brilliant talent for visual representation of ideas.

I think it’s a great idea to make visuals for these concepts because they are quite abstract, especially for kids. Big sadhu for your efforts!

I’m not sure that I’m in any way qualified to comment on your work. But since you asked, here are some thoughts:

I think your designs are still a little too “rational”. If you want to make this work for kids, you need to touch them emotionally, and it’ll be much easier for them to remember the different stages… And you need to make the stages look more clearly distinct.
You could draw something that’s cute, shows feelings, has some interesting accessories, etc. For example, all the smileys have the same facial expression now which makes it hard to differentiate them, or to see a progression.

If it was a doodle, the ordinary person, still fettered, would look something like this: 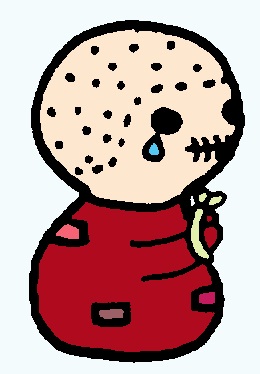 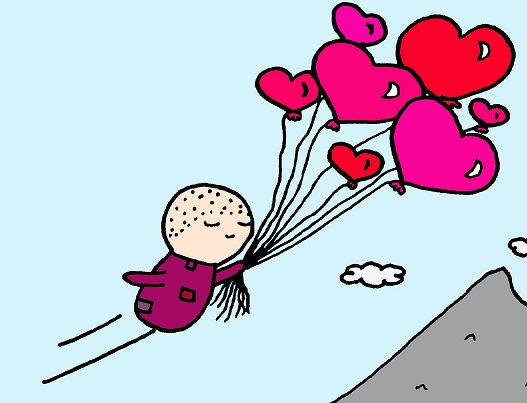 So, if you want to go for smileys, you could use different ones. For example, have a smiley that’s handcuffed, or gagged, or blindfolded for the ordinary person, as they are still trapped in samsara. Or at the very least, add a tear drop. If you don’t want to change the smiley itself, put flames, snakes, brambles, handcuffs, chains, or any other symbols in the background. Use a starry-eyed, heart-eyed, or dhamma-wheel-eyed smiley for the stream-enterer, because they have just newly fallen in love with dhamma / opened the dhamma eye. Or add stars, clouds, wings, butterflies, lights, or similar things in the background. And maybe use a smiley with a halo for the saintly arahant. Or a smiley with a crown (dhamma queen / king) …

If for example you used smileys such as the ones below for the four noble stages, people could see a progression towards more peaceful states at one glance:

One or two distinct features, facial expressions, or accessories per stage are enough. It’s best not to overload the graphics. There’s quite a lot of information already.

Also, you could experiment with slightly different colors. A progression from red to green is great and gets the message across, but the colors you have now seem a little too “functional” and serious. Slightly more pastel colors could look more fun and less intimidating.

I think your designs are still a little too “rational”. If you want to make this work for kids, you need to touch them emotionally, and it’ll be much easier for them to remember the different stages… And you need to make the stages look more clearly distinct.
You could draw something that’s cute, shows feelings, has some interesting accessories, etc. For example, all the smileys have the same facial expression now which makes it hard to differentiate them, or to see a progression.

Thank you so much. Your whole response gave me lots to think about. I think you are absolutely correct.

This is such a wonderful project!

I’m always wary where the ‘progression’ along the path and the attainments can work to disadvantage. It is by stirring up an unhelpful craving, or a slightly wrong effort. As such I am always very mindful how this progression is portrayed. It is a hugely complicated thing, so to try and capture it in ‘short-hand’ images is very challenging.

What I like about Ven Yodhas images is that they focus on the positive attributes (what a delightful image of an Arahat).

An image that I heard from Ajahn Brahm was that of ‘spikiness’. A normal person is covered with spikes that hurt others (harsh speech etc) and themselves, whereas the Arahat is soft and smooth and welcoming… Somehow that shifts the focus from ‘loosing the spikes/defilements’ to becoming harmless, smooth and pleasant to be around. It may just be me, but this very subtle difference seems important to ground the motivation - the shedding of fetters is not so that one can have a higher attainment, but so that one embodies harmlessness, peace and tranquility. So in the case of introducing children to the Dhamma, this aspect of initial motivation and subsequent right effort, is even more important as it sets the tone for future practice.

Another image I use is the one of being burdened in the beginning, and then shedding the burdens as ones’ understanding and behaviour changes. Becoming lighter and freer - until one hits Ven Yodhas beautiful image ‘floating on balloons of love’ stage

I’m not sure even how much detailed attention needs to be provided on the stages of higher attainments, beyond a general awareness. I suppose it depends on their age, and the motivation behind the teaching > eg focus on information and knowledge of Dhamma, or focus on developing good habits of speech, thought and action.

I don’t know how, But I think I would want to put in there somwhere the Buddhas instruction of how to assess ones actions etc. The whole lesson of looking at ones thoughts, speech and behaviour from the perspective of how it harms or hinders progress on the path, is such a valuable teaching. No matter what happens in life, this principle can be of constant use and guide to skillful and beneficial choices…

Sadhu for undertaking this project! and may it bring happiness and relief to many

Somehow that shifts the focus from ‘loosing the spikes/defilements’ to becoming harmless, smooth and pleasant to be around.

@Snowbird, removing spikes and becoming smooth and gentle is a beautiful image, both for kids and adults.