I guess it depends on what life means to you. If seeking comfort and pleasure is your highest goal, that is certainly going to amount to a whole bunch of suffering.

I would rather NOT say such statement “Life is suffering.”

Because it will immediately lead to an equivalent statement “Not-suffering is not-life.”

Such statement is contradictory with a fact: the mind at arahant level who is not-suffering but is very much alive.

I read suffering is more the decerning feeling we have when we see and experience the process and influence of one’s birth, life, aging, and death-and the conditions in which we experience such events.

So, it’s not that suffering is the innate quality to life; it is what it is. It’s our relationship with it or how we see life, our decerning feeling makes it suffering. Life itself isn’t suffering. Our response and experience to it is as well as how much we are attached to these responses are.

The Buddha said that the components that make up our existence: form, feeling, perceptions, will and consciousness, are suffering (e.g. SN 22.16).

One way this is verified experientially, is to experience the deep states of absorption all the way to the ‘cessation of perception and feeling’ (AN 9.34). The idea is that the less of the five khandas you have, the better you feel. Since their absence feels so much better, you can infer from that that their presence is suffering.

To my mind, “life is suffering” doesn’t really do a great job of capturing this idea. The Buddha summarized the first noble truth with the the five khandas (aggregates) being suffering. Maybe it would be worthwhile to translate this into something like “the mind and body are suffering” since most audiences will be familiar with the mind-body model rather than the five khandas model?

Thanisarro Bhikkhu has a nice, short article about things the Buddha never said and “Life Is Suffering” is one of them. 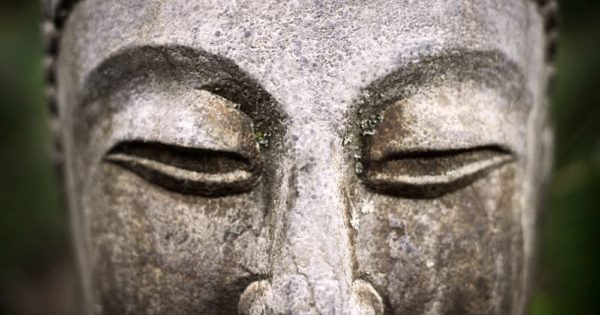 You can’t be alive without birth, sickness, old age, loss, not getting what you want, and death being involved. On a given Wednesday sitting in the park you may be free of all of those things temporarily. So “life isn’t suffering”.

Additionally, my understanding is that dukha can mean anything from mild dissatisfaction to flat out agony. Dukha is the word translators use “suffering” for.

In SN 56.11, the Buddha said: “in brief, the five aggregates subject to clinging are suffering”. Therefore it seems life or existence innately includes many things the mind can cling to. It seems when there is clinging, there will be suffering.

This is a really lovely thread about life

So I’m reading a study guide (Into the Stream by Ven Thanissaro) and realized that I don’t actually understand what is meant by the word bhava, Ven Thanissaro translates this as becoming but I’ve also seen through searching the forum that it can also be translated as existence. In the classical depiction of dependent co-arising bhava leads to birth. When reading another thread I was linked to this sutta: SuttaCentral Which translates becoming as Continuation and describes it in terms of places …

so right like saying that somebody is not living in a rainy land, just it happens that everyday rains over his head.

Yes.
And it is other things as well.
Some of these turn out to lead to suffering.

Looking at the conditionality in DO, you could say: “Life is suffering while ignorance and craving persist”.

“Life is suffering while ignorance and craving persist”

What (pali) word are you using for ‘life’ here? In DO it looks like life (bhava/ continued existence) ceases when craving ceases.

Presumably bhava in DO refers to “ignorant” becoming, given that it arises in dependence on clinging, and that it leads to this “whole mass of suffering”.
Presumably DO bhava has ceased for the Arahant?

Hearing more and more that the Buddha did not actually say that life itself is suffering but that existence has the innate quality of suffering. Is this righ

I think the perspective of rebirth is important. It is said deva’s have a pleasant life, almost all of their lifespan. Netto in those realms there is much more happiness than suffering.
But, when mind is not purified to a certain level, they also will fall back again in lower states where suffering dominates the experience.

There are also Asanna beings, without mind. They have no feelings, sense-experiences, no vinnana, they do not suffer in samsara at that time. They are like unconscious it is said. They are not death and also not in parinibbana. They are in samsara and subject to rebirth. At a certain moment experience will come back for them, and take rebirth. Dependend on rebirth state they will have in general nice or painful contacts.

It is said the Buddha saw that beings trapped in samsara mostly spend their time in lower realms. That is often used as a motive to escape samsara. In some realms netto there is much more happiness than suffering but seen over endless lifes, there is netto much more suffering in the rebirth process.

To break with births inthe painful lower realms is the first goal of the Dhamma.

I think the risk is always sinking in depression or feeding depressive tones in oneself. Buddha instructed his monks to meditatie on the repulsiveness of the body. And while it was meant to remedy attachment it turned out that many monks felt so disgusted that they killed themselves.

Seeing life or existence as suffering, i think, can work out in the same way. It might feed depression, and all kind of bitter, dark states. I think one must be honest to see that if this happens. I do not believe that Nibbida is a state of depression.

I think one can better focus on the positive, for example, the first fruit, sotapanna, which means that one will at least not be born in the lower suffering-filled realms anymore. And who does not see that as a positive goal?

Presumably bhava in DO refers to “ignorant” becoming

In sn12.2 the definition seems to be just defined as existence in the three realms?:

I’m not sure. It probably depends on one’s interpretation of DO, particularly DO in cessation mode.

If ‘existence’ means literal existence, how does this differ from ‘birth’? Thanks

Does Nibbana correspond to cessation of the nidanas?

Yes, Nibbana correspond to cessation of the nidanas.

And are the nidanas still “active” for the Arahant?

No “active”. This is because: “This not existing, that does not come to exist; from the ceasing of this, that ceases.” (imasmim asati ida.m na hoti; imassa nirodhaa ida.m nirujjhati).

Does Nibbana correspond to cessation of the nidanas? And are the nidanas still “active” for the Arahant?

when avijja ends abhisankhara’s end. These are volition formations like urges, impetus, and can be meritorious and demeritorious. They are in our make-up, part of what you have accumulated in this and former lives.
But sankhara’s, mano, vaci and kaya sankhara’s keep being produced by the mind while avijja is gone. They regulate the thinking, speaking and acting which goes via the brain. For example, without kaya sankhara there would be no breathing, without vaci sankhara there would be no speaking for us and inner speech.

When there are from within no urges anymore, no floodings, no anusaya become active, there does not arise any vinnana with urge, a kamma-vinnana, the third factor. But there still arise sense vinnana’s.

Vedana’s still arise but only dukkha, sukha and neutral vedana’s which always accompony sense-contacts. There seems to be no sense contact without vedana.
There are no mind-made vedana’s, no dark vedana’s, domanassa, nor somanassa vedana’s.
These are feelings that accompony mental reactions on sense-contact, such as like and dislike.
If the mind chooses for a reaction of dislike on sense-contact, a dark feeling arises. Those feeling accomponing such reactions do not arise anymore.

No tanha does arise, no upadana if avijja is totally gone. But like greed and hate, avijja also weakens gradually. It is not on/of. Even an anagami is not totally free of avijja. It is not that like a sotapanna is already without avijja. Buddha said that only one without any defilement is really without avijja.

There is not extra kamma accumulated.

There will be no next birth. Only future suffering is totally ended. During this life one still has to face the discomforts which are inherent to being born a human, and having a human make-up.

The Nibbana embodied by an arhant is not without nidana’s.
It is said, any PS cycle starts with sense-contact. So, although aviija is listed above, it does not mean that avijja is the first chain. There is no first nidana in PS.