Is Meditation a form of Hallucination?

I’ve been browsing the internet for criticism against Buddhism and came across some interesting opinions. One of these is a video by Eisel Mazard who claims to have read the Pali Canon and is coming from the perspective of a modernist philosophical background.

And his claim that meditation is a form of hallucination is something that I have never considered before, what are your thoughts on this. I believe its healthy to hear and discuss the opinion of people’s criticism against Buddhism, which we do so rarely.

Here is the full Video:

Hallucination / hypnosis / euphoria / trance / etc are the loss of sati. Buddhist meditation is (ideally!) the enhancing of sati. They are opposite processes:

Metacognition of intentions in mindfulness and hypnosis

The purpose of meditation in EBT is to stop suffering, not to hallucinate or gain psychic powers.

Meditation in EBT is just two things: calming sankharas down and investigating phenomena (5 aggregates, 5 hindrances, 7 factors of awakening, dependent origination, etc…). When done correctly this allows one to learn and confirm how to stop suffering from arising.

That’s all. Anything more than that is not the core dhamma but something else that got mixed in. So I disagree with the video title, there is no “madness” at the “core” of dhamma.

Hallucination is seeing / imagining something nonexistent as if they really exist.

But meditation. It is just calming the mind. And when the mind is calm, there is no disturbance such as desire, hate, anger, doubt, fear, etc.
It is also focused, being aware of happening in present moment, knowing the mind and whatever thoughts arising.

In that situation, how can hallucination came? And if meditators experiencing / seeing something in that state, can that be labeled as hallucination?

I feel really sorry that these are the types of experiences that Mazard has had with Buddhism.

None of the experiences he is describing really match my experiences with Buddhism. Going to a retreat where we tense our minds, are sleep deprived and full of caffeine sounds horrible.

I don’t think these negative experiences are actually a core part of Buddhism, just particular to certain groups. There are a number of teachers now who teach meditation directly from the suttas.

Also, I didn’t know you could get hallucinogenic tea at temple? There is something which is called “happy tea” in Chinese, while it sounds suspect, AFAIK it is so called due to being a traditional remedy for low mood, not for being hallucinogenic. Does someone have more info? I have drunk the happy tea at Tzu Chi and possibly also FGS. I think it contains dates or something.

@jayarava has recently written an article which touches on it. I am not sure I fully agree with his points but it may be interesting for the discussion.

As noted in the previous essay, it is very common for meditators to meet hallucinations when they practice, almost ubiquitous.
Even complete beginners can meet with hallucinations the first time they try it (I’ve known people for whom this was true).
For the most part, these gross hallucinations are a barrier to deeper concentration.
We experience them as a kind of turbulence or disturbance that distracts us from the focus of the meditation.
At least in traditional Buddhist ideas about mind, hallucinations are a form for sensory experience in which the object is mental rather than physical.
Buddhism treats the mind as a “sense” in this worldview.
So internally generated experiences, with no objective counterpart, are not seen as special, they are just experiences, just the kind of thing that stops with cessation.
And the goal of Buddhist meditation is to make experience cease (I’m going to get into this in a subsequent essay).
(…)
we can see hallucinations due to sensory deprivation in the context of what the brain expects to see. If one lives a hedonistic lifestyle, one’s brain comes to expect high levels of sensory stimulation. One outcome of this is insensitivity to more subtle stimulus.
It seems to me that we can now state a hypothesis: dropping from high levels of stimulation to very low levels of stimulation is likely to produce a much stronger response that moving from low levels of stimulation to very low levels.
Trying to meditate after a busy day at work, is likely to throw up a lot of internal stimulation (I’m going to avoid calling this self-stimulation).
At least some Buddhists have been concerned to attain what neuroscientists are various calling “contentless experience”, “contentless awareness” or “minimal phenomenal consciousness”.
If our aim is to bring sensory experience to a halt, then reducing the gap between the starting level of stimulation and the aimed-at level would make sense.
That is to say, if we aim to achieve contentless awareness, then starting from a much reduced level of stimulation would be advantageous." 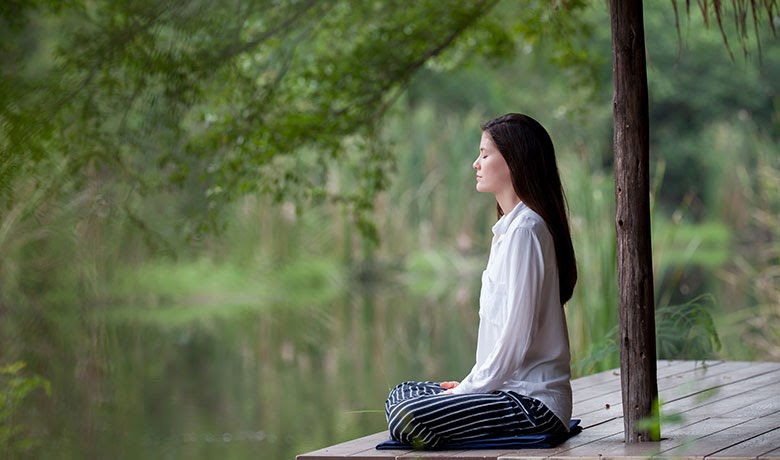 Obviously false to anyone interested enough to be reading Discuss and Discover.

I have a friend who is into him. I have seen a few of his videos.

I respect his intelligence.

He is clever about reframing ideas, definitions, and statements in provocative ( not necessarily true ), but technically correct ways.

That seems to be his avocation.

He is a modern day gadfly.

Having watched a number of his videos, I feel like his criticisms are largely rooted in resentment and negative personal experiences with Buddhism and Buddhist communities rather than well-grounded philosophical critiques. That’s not to say there isn’t a strong basis to build a philosophical critique of Buddhism, just that I haven’t found them in his videos. “Why I am not a Buddhist” by Evan Thompson is a great example, although it applies much more to modernist Buddhism than traditional Buddhism.

Having watched a number of his videos, I feel like his criticisms are largely rooted in resentment and negative personal experiences with Buddhism and Buddhist communities rather than well-grounded philosophical critiques.

The videos of his that I have watched are largely rooted in resentment and negative personal experiences with the vegan and animal rights communities.

To be fair, I have a lot of experiences with those communities and you can meet unhappy and unpleasant people in them.

Yeah I can certainly sympathize if he’s had some really bad experiences and understand that it’s perhaps reasonable for him to have resentment towards Buddhism. On the other hand, that’s distinct from accepting the arguments he puts forward in response to those experiences.

Eisel, the author of this channel, identifies as a historical Nihilist.

I noticed that the critique he tries to make in most of his videos about Theravada Buddhism , and religion in general when it comes to experiences, is actually not much about Dhyana/Jhana/Meditation but rather the psychic powers that involve seeing devas, hell-realms, heavenly realms, even nibbana which, according to him, are all hallucinations since he regards these things as non-existent.

From a materialist/nihilist standpoint that would be correct but personally speaking? I haven’t had these experiences therefore I simply cannot say “because I cannot feel/see/taste/hear/smell certain things it means they don’t exist” it simply means I’m unable to perceive them. There is a difference there.

Also, when I look at monks who meditate a lot (wheter I judge they have attained Jhana or not is irrelevant) they are the most peaceful/blissful/mindful people I have ever seen.
If Jhana really was simply a complete hallucination these individuals would be very distraught just like the people who suffer from hallucinations and similar psychological problems tend to behave.

I’ve watched many of his videos also and had a similar reaction. His criticisms are sometimes more emotionally driven than useful or helpful. I think that he does make a few legitimate points about institutional corruption and poorly led organizations. But these are common human problems and not unique to Buddhism. Some Western philosophical and religious critiques are often against straw men. They want the Dhamma to be or do something that the Buddha never intended. It’s like complaining that an antibiotic you took for two weeks didn’t help you to make a career decision.

Is it worth watching his videos? I remember him from the farting meditation fiasco and cannot take him seriously after that since the article that he wrote is so ludicrous that it would make any claims that he makes kind of doubtful.

And his claim that meditation is a form of hallucination is something that I have never considered before, what are your thoughts on this.

Oliver Sacks wrote a great book of stories of a diversity of forms of hallucination in human experience. 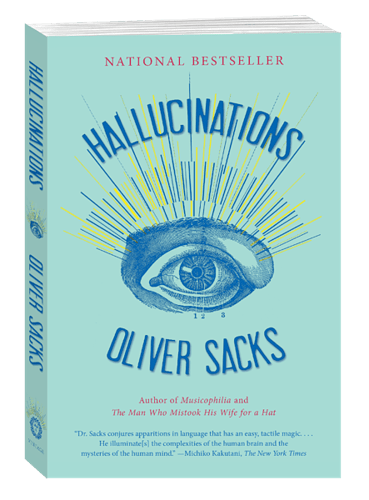 Dr Sacks’s weaves together stories of his patients and of his own mind-altering experiences with hallucinogenics.

In that context I would say that hallucination is definitely something that happens in meditation though most of what one experiences (at least in Ajahn Brahm’s teachings) is not hallucinatory.

We could call nimittas a form of hallucination, whether they’re lights, gem-like or more complicated ones including whole scenes. The recollection of past lives might be included if it is sensory rather than just knowledge of facts.

This is not to say that they don’t hold meaning, or are false, just that they fit the definition “hallucination”.

If you ask me, when the final conclusion is that meditation is some form of Hallucination, that’s just another thought, a concept constructed by the mind. Continue meditation and go beyond all concepts.

Enjoy the multiple resources here available: may they be of assistance along the path!

I believe the speaker is referring to so called divine sights and sounds though I would include many other things such as a sense of movement.

The Buddha downplayed these things. Perhaps, he was skeptical of claims of such things being more than than just side effect random noise. He certainly did not seem to regard them as essential.