Is the Dead Elders in some museum collecting dust?

I know doesn’t matter. But should we not respect the remains of the Elders that passed us the teaching. I mean you can see even on YouTube what is believed to be one part of Buddha remains with inscription. I guess by now it’s already late. But the remains of some Elders body need to be put back where they found it. I mean do they take sometimes everything. Like treasure hunt. In the part of Buddha remain there was gems. Sariputta also. I think most of them. But I feel sad although these is our leader and monks that went beyond. They don’t care with their body. But still it’s sad. To read how they disrespect like it is some Egypt mummy. I think it’s still going on in India. And India have to be reached to accept it. I have seen they found recently another stupa with dead monks. It’s exited but we have to stand up. Get the stupa out but not the Elders. 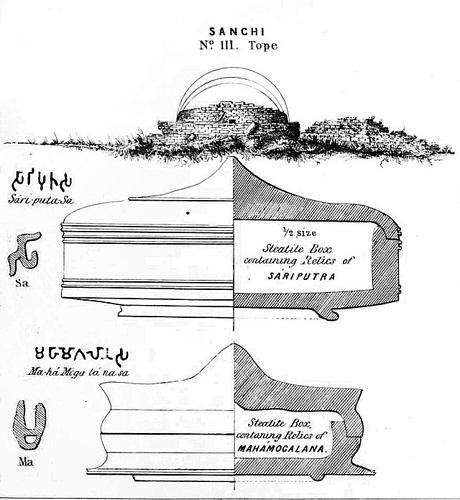 I moved this topic to the Watercooler section, as it doesn’t seem to be a question about the EB Texts.

Thanks I think I didn’t choose right.

If in a museum or in a charnel ground or in a stupa, the discarded bits inspire exploration or thoughts towards the Dhamma, isn’t that a goodness?

What is worthy of respect and attention; is anything more worthy than the Buddha-Dhamma-Sangha? The real gems are all mind wrought, I think.

I understand. I just felt bad seeing so many Elders out of their resting place.

The Buddhists in England, Sri Lanka and India, led by the Mahabodhi Society demanded that they be returned. Some of the relics of Sariputta and Moggallana were sent back to Sri Lanka, where they were publicly displayed in 1947.[146] It was such a grand event where the entire population of Sri Lanka came to visit them. However, they were later returned to India. But a new temple Chetiyagiri Vihara was constructed to house the relics, in 1952.[