Is there such mention in the Sutta about Microbes being predicted by the Buddha?

And when they scratch their head, tiny organisms are disturbed!

That reminds me of a Mahayana parable of a bodhisattva who’s body is so large, he has whole cities of people living in his skin pores. He has such skillful means that they are never disturbed when he moves. I think it’s in the Mahayana Nirvana Sutra, if memory serves. Bodhisattva Mahakaya. I guess even without microscopes, people could still imagine things that matched reality.

Thought that this light speculation from a consciousness scientist might be quite interesting to some. I think that I’ve noticed a shift towards considering mind and matter as an indivisible whole over the last few years in science. That seems like a quite positive development. 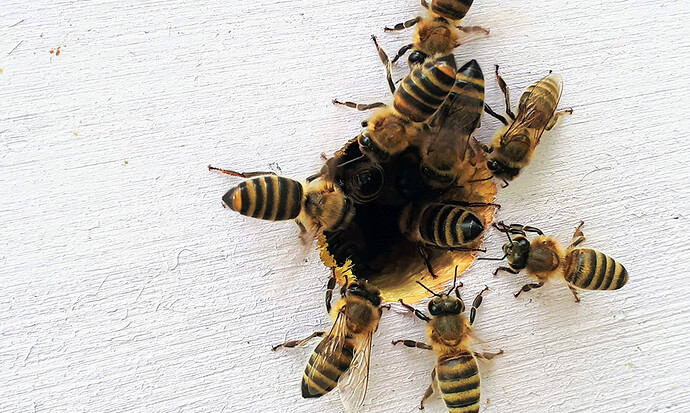 Experience is in unexpected places, including in all animals, large and small, and perhaps even in brute matter itself.

and not that plants are sentient.

I think plant is sentient atleast according to this below sutta

An4.193
If these great sal trees were to be converted by this, for giving up unskillful qualities and embracing skillful qualities, it would be for their lasting welfare and happiness—if they were sentient. How much more then a human being!”

I discovered recently a YouTube channel called “Journey to the Microcosmos ” that offers some fascinating footage and background info about micro-organisms. There’s definitely senses at work. They are aware of their environment, whether another cell is the same species or not, etc. There’s even a cell that spends it’s time “fishing” with an arm that has a sting that paralyzes any hapless prey that it encounters. There are amoebas that build shells around themselves like hermit crabs , sometimes from bits of stuff they find. It really does reach the point that a person scratches their head and wonders.

So I’ve been reading Bhante’s essay here: On dependent origination, grasping, and developmental psychology and I was reminded of this thread. Bhante’s essay opens up a lot of possibilities around when it is correct to say that in front of us we have a ‘being’ and when that ‘being’ can be considered ‘sentient’ from a Buddhist perspective. I guess that we all go through periods when we are microscopic, the difference in that case I guess is ‘potential’?

MN 38 describes the process of conception in terms borrowed from the brahmins . Conception here is gabbhassāvakkanti, where avakkanti indicates the “conception” of the baby. Avakkanti, alternatively spelled okkanti, is one of the stock synonyms for jāti i.e. “rebirth” in SN 12.2.

Conception is held to take place with three factors, two of which are physical—sexual intercourse and the woman being in her fertile cycle—as well as the presence of the somewhat mysterious gandhabba. This is an interesting usage here, but I’ll pass over it for now. In the Buddhist traditions it is always explained as equivalent to “consciousness”, i.e. viññāṇa.

The text then speaks of the pain endured by the mother as she bears her child for nine or ten months, followed by the pain of giving birth, all of which is very risky. The word for “giving birth” is vijāti.

DN 15 describes the same process in a slightly different way. There it speaks of consciousness being conceived (again okkanti) in the mother’s womb, and the “coagulation” of name and form. I think the unusual word samuccissatha arises from the ancient view that the embryo is formed from the “coagulation” of the semen and the menstrual blood. Lacking knowledge of sperm and ovum, this isn’t too inaccurate a description.

did you find the origin??

as I googled in Vietnamese myself, the text is from 毘尼日用切要 (Tỳ ni nhật dụng thiết yếu, 1644 -1661) - author 读体律师 (Luật sư Độc Thể, 1601-1679), and the book was originated from Avatamsaka Sutra (kinh Hoa Nghiêm); but i couldn’t find this specific text in Avatamsaka Sutra

furthermore, the microscope was likely invented in 16xx in Europe (wikipedia) so i’m not sure if people knew about microorganism at that time or not

anyway, if you found any more details about this topic, please let me know, much appreciated

(i don’t think the text is from the Tipitaka, it’s more likely from Mahayana Sutras; but i haven’t searched in the whole Tipitaka so not sure)

SN56.36 seems to be very suggestive of microbes, or at least tardigrades.

That’s why you should practice meditation …”

Why monks filter water? What about microorganisms?
← previous page