Is vitakka sometimes a synonym for name?

Snp 4.11 says that “name and form cause contact”. This got me to wonder whether or not vitakka and name are sometimes synonyms. If so, the second jhana could be the end of contact(the world).

Does anyone know anything about whether or not the two are closely related or even synonyms?

If something stands out enough to draw our attention, I would think it is because we recognize it(or think we do), that is, we have a name for it. Otherwise, it just remains in the background. Maybe they are logically equivalent, they both happen or both don’t happen. One always accompanies the other.

Added later: another possibility might be vitakka and vicara together is synonymous with name.

the second jhana could be the end of contact(the world).

The end of the All is a matter of insight, not tranquillity.

Insight penetration of name and form is attained by contemplating that name is arbitrary and bears little or no relationship to the direct sense experience of the object. The barrier to making that leap to nameless reality is fear of loss of security.

“Saturday doesn’t know its name,” Ajahn Sumedho provides examples of the unreality of mundane perception, and the simultaneous existence of two realities: 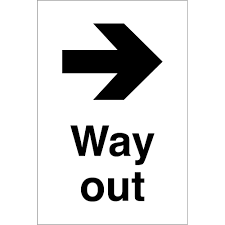 Vitakka is synonymous with saṅkappa.

Bhante Sujato defines vitakka vicara as “the placing of the mind and keeping it connected”. I think these would be two functions required by name, that is, the act of recognition.

My mind detects movement, my attention/focus rests on it while I examine it to figure out what it is. If these functions are stilled, name/recognition is stilled.

In any case, that is what I think for what it is worth.

I appreciate your response. I just know if it really clarifies anything, at least based upon what I see in the Pali English Online Dictionary. It doesn’t provide the answer to what if anything is the relationship between vitakka vicara and name.

I don’t think that stilling name is the end of the All. You would still have forms and consciousness.

I also don’t think that serenity and insight are mutually exclusive. Serenity can lead to what we might call today an altered state of consciousness. Seeing things in a different way can lead to insight. I am not saying your technique would not work. There may be more than one way to skin a cat.

The more I learn about koan (what is this?) meditation and great doubt, the more I think it resembles mindfulness directed to the body as the six senses. They both turn consciousness back on itself. Many report that they experience a state where self vanishes and a world of bare forms exist. This sounds like the state described by the Buddha in Ud 1.10.

Does anyone know anything about whether or not the two are closely related or even synonyms?

I haven’t seen the two concepts treated directly as synonymous (that I can recall). However, nama was interpreted very broadly in Abhidharma as including most mental processing. In Sarvastivada Buddhism, in particular I think, vitakka is part of the perceptual mechanism of the mind. That is, it’s a required step on the way to sensory consciousness. So, for them at least, it would be fair to say that vitakka is included in nama.

In Theravada and Dharmaguptaka texts, vitakka seems to not pick up this usage. It’s instead something akin to thinking or intending, perhaps directed attention could be included in it. It’s left somewhat general in their definitions.