Segueing from the discussion of Jack Kornfield’s teachings and influence. Does Joseph Goldstein espouse similar views? Can his teachings also be described as American Tantra?

Thank you for creating this thread. I am curious about those same things.

I haven’t read much of his work, but he seems to be a bit more anchored in the Buddhist sources. His book and talks on Satipatthana seem to be based on the source material pretty well and also on Analayo’s work.

He has also received Dzogchen teachings, so he actually has some experience with actual Buddhist tantra.

Very impressionistic response based on reading a few of Goldstein’s and Kornfield’s books over the years - I haven’t done any research - so please take with a grain of salt.

Goldstein and Kornfield both became Buddhist and returned to the US at a time when Buddhism was little established or known here. They both tried to adapt to a US audience. For both of them it meant giving up the 4-fold audience of traditional Buddhism (lay women and men, monastic women and men) and speaking solely to a lay audience. They also charged money for retreats and books, moving towards a business model of teaching Buddhism that has largely become the norm in the West. Both embraced the modern Vipassana movement in terms of meditation techniques.

Now, since Bhante G and Bikkhu Bodhi and others have proven that monastic Buddhism can both flourish in the US and reach the full audience of lay and monastic practitioners, I feel that maybe Kornfield and Goldstein overestimated the importance of emphasizing lay Buddhist teachers and audience in reaching people in the US. But I think they both grappled with a real need to convey Buddhism in the US, and judging in hindsight is easy. They confronted a challenge and responded in thoughtful, good-faith ways.

Can his teachings also be described as American Tantra?

From my brief impressions, my answer is “no”. Joseph is a more ‘dry’ intellectual teacher of modern Burmese ‘vipassana’. Jack is Tantra due to emotional American ‘metta’,

Jack is Tantra due to emotional American ‘metta’,

What is “emotional American ‘metta’?
Do you mean the greater emphasis on developing personal well being?

Thank you for the replies. I sometimes feel a bit ignorant because I’m unfamiliar with Kornfield’s and Goldstein’s teachings, even though they have had a strong influence on Buddhism in the US.

Do you mean the greater emphasis on developing personal well being?

No. I am not referring to emphasis upon developing self-reliance.

What is “emotional American ‘metta’?

Speaking in a sugary syrupy manner that is always consoling the audience.

1. serving to comfort someone at a time of grief or disappointment.

“his sister gave him a consoling pat on the back”

What is “emotional American ‘metta’?

Speaking in a sugary syrupy manner that is always consoling the audience.

Thank you for explaining that.

I had never heard of the term before and I wasn’t clear to me what you meant either.

I had never heard of the term before and I wasn’t clear to me what you meant either.

The key term being highlighted in the relevant discussions is ‘Tantra’, which is referring to some type of ‘unifying relationship’.

Oy. I can’t fault someone for wanting to speak to an audience in a consoling manner or for people wanting to hear it. Life can be hard! I just think it would be better for the IMS crowd to be clear when they aren’t writing/speaking about Buddhism.

I lived in a Dhamma centre once that had a fairly large Western contingent. Most (but not all) people loved Jack Kornfield and the soothing voice offering some respite from their daily meditation struggles. More preferable to Ajahn Sumedho’s recorded talks scolding his young monks. Many would demand to listen to Jack’s recorded talks so those in charge had to capitulate to these demands. Once upon a time, I heard lots of Jack’s talks.

There is a bit of overlap in terms of Kornfield and Goldstein both suggesting that Buddhist teachers with seemingly contradictory views may yet all be enlightened in some sense, but whereas Kornfield may view enlightenment more poetically or loosely, Goldstein would more likely say it exists in degrees, up to and including perfect enlightenment.

I think Goldstein would shy away from “American Tantra” without saying that one cannot progress while being in relationships and enjoying good food.

If you have the time, in this talk Goldstein discusses his understanding of Nibbana- Dharma Seed - Exploring Nibbana: A Conversation with Joseph Goldstein

And in the podcast below you can hear him in conversation with one of the “four horseman of the new atheism,” Sam Harris, who you might also call spiritual but not religious, with Buddhist leanings. Sam Harris received some dzogchen teachings from Tulku Urgyen Rinpoche and considers the direct introduction to pure consciousness he learned there superior to the striving goal orientation of vipassana. The second half of the podcast I believe will be more relevant to understanding Goldstein’s perspective. 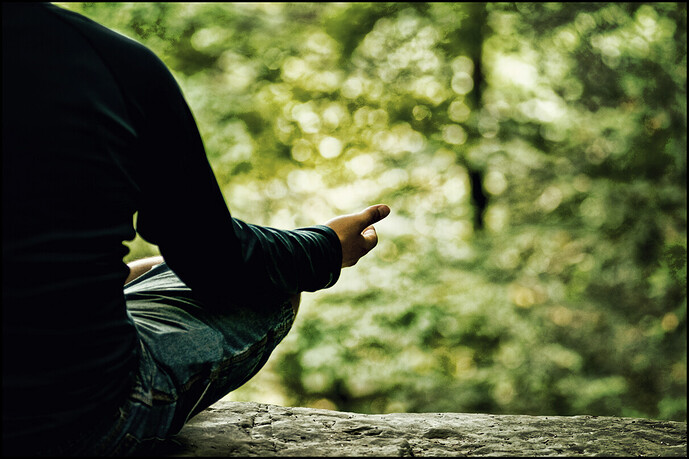 Joseph Goldstein has been leading meditation retreats worldwide since 1974. He is a cofounder of the Insight Meditation Society, the Barre Center for Buddhist Studies, and the Forest Refuge. Since 1967, he has practiced different forms of Buddhist...

Your post is about Jack K, so perhaps it sits better in the thread about J K. This thread is about Joseph Goldstein.

Going through a hard time in my life with a conflict in a board of a co-operative I was part of I was looking for some solution and came across a guided metta meditation by Joseph Goldstein on youtube and that was the first time I saw how meditation changes the mind and it also changed my relationships with “difficult” people allowing me more peace and it was my first contact with the Theravada tradition and first time I saw how what the buddha taught was causal… as a result my interest expanded into learning about different parts of Theravada going on a retreat, giving time and labour to different dhamma projects, travelling to bodhgaya, and interest in the suttas.

@Dan care to share a link to that video?

It was on youtube for years then it was taken down. I have a feeling it was from period of late 90s/early 00s. I will find it I will go through the talks on dharmaseed.org from that time and listen to them and find the one. (I haven’t listening in years… they are good… this is the one I am listening to now, I can see now it contains in his own words concepts like wise attention, dispassion, freedom from desire… etc) Joseph Goldstein : Metta: The Art of Kindness

I’d like to strongly recommend this article by Ann Gleig, author of the book “American Dharma.” It was cited by someone well into the long thread about Jack Kornfield but is just as useful in understanding Joseph Goldstein and indeed the differences between their respective centers (Insight Meditation Society and Spirit Rock):

From Theravada to Tantra

My take is that Goldstein has always been very dedicated to practicing for liberation, initially as a dedicated Mahasi and Sayadaw U. Pandita person and in recent years, thanks to his long and deep friendship with Bhikkhu Anālayo, with an ever-greater focus on Early Buddhist teachings and practice.

While he has certainly sat Dzogchen retreats (and Dzogchen is of course a pinnacle practice of Tibetan [tantric] Buddhism, my sense is that he’s very dedicated to the suttas and is far removed from the wild eclecticism of Kornfield and many other Spirit Rock teachers.