Buddha taught us about Skanda. You will understand why he will say things as, the virtues and wisdom gods has is also in you. So that’s above(sky) so below(earth) because the gods is the knowledge in the stars. Skanda is used in Indian mythology as referring to the star cluster The Pleiades. Which is said to represent together six-pointed star that represents the symbol of the divine union of masculine and feminine and as a source of all

In Indian mythology Skanda is the god of war. We can understand the senses are hard to battle. Like Buddha battle under the bodhi tree.

We are taught Skanda(Sanskrit) is the 5 clinging aggregates that are the earthly.

So then you have what Buddha called the heavenly Eye.

So forming together the union that is neccesary for spiritual progress and life itself.
Here we have Buddha statue with swastika at the heart, and ofcourse the heavenly eye. Heart below. Eye above. 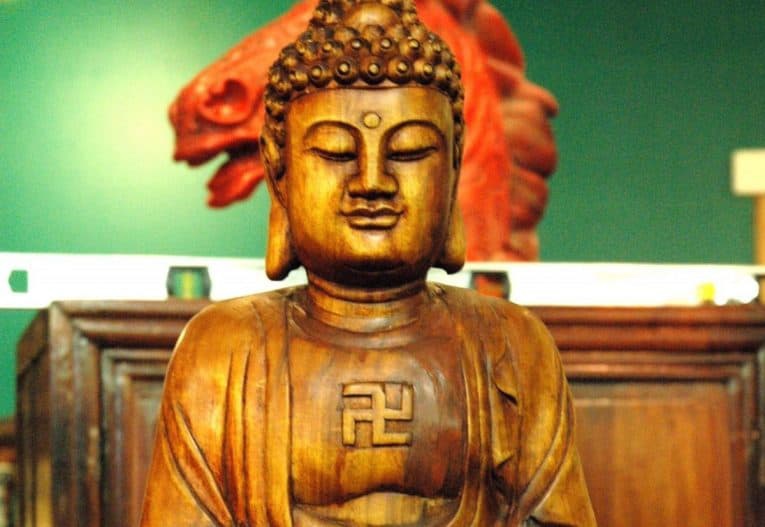 Swastika is the the movement of the stars