Mara and Lord of Death

It’s not a question which helps towards enlightenment, I’m just curious what everyone thinks.

The nuns here had quite similar answers / views.

May the blessings of the triple gem always be with you

The following article by Choong Mun-keat may help for this Mara topic/issue:

“A comparison of the Pali and Chinese versions of the Mara Samyutta, a collection of early Buddhist discourses on Mara, the Evil One”, The Indian International Journal of Buddhist Studies , vol.10, 2009, pp. 35-53.

A comparison of the Pali and Chinese versions of the Mara Samyutta, a...

A comparison of the Pali and Chinese versions of the Mara Samyutta, a collection of early Buddhist discourses on Mara, the Evil One

How does one end up as this?

Those that cultivate the bramhaviharas may be reborn as Bramhas.

Those that cultivate emptiness, signless & directionless concentrations may be reborn as Maras.

Is it good or bad Khamma the Lord of death receives? Or are both “just doing their job” in their realms

It depends on how they conceptualize their job. It’s possible to do this in an exclusively good way.

Those that cultivate emptiness, signless & directionless concentrations may be reborn as Maras.

Could you please quote EBT text that supports this claim?

As far as I know, according to texts first of all lord of death (Yama) and Mara are two different beings/“occupations”. Donno about Lord of Death, but according to Ajahn Punnadhammo’s book about buddhist cosmology, Mara is being among highest deva realm. So you need good kamma to be reborn in this realm. Ajahn Punnadhammo says that Mara starts off as good being in Parinimittavasavatti, but is going rogue in this realm, using his power to control others, hence it creates lots of bad kamma as he’s there. So Mara is more like fallen angel rather than a demon. But I suppose he pays dearly afterwards after he passes away from Parinimittavasavatti. I wouldn’t be surprised if most of Maras are reborn in hell realm afterwards.

As to sharing merits, you can share merit with anyone. 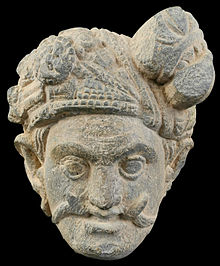 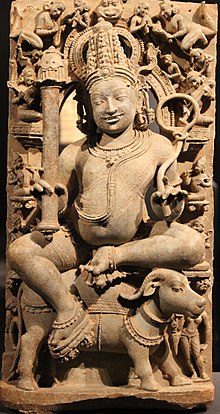 Yama or Yamarāja is a deity of death, dharma, the south direction, and the underworld who predominantly features in Hindu and Buddhist mythology, belonging to an early stratum of Rigvedic Hindu deities. In Sanskrit, his name can be interpreted to mean "twin". He is also an important deity worshipped by the Kalasha and formerly by the Nuristani peoples, indicating his prominence in ancient Hinduism. In Hinduism, Yama is the son of sun-god Surya and Sanjana, the daughter of Vishvakarma. Yama is...

Could you please quote EBT text that supports this claim?

Well, can you quote EBT texts that support the claim that Mara is among the highest deva realm?

There is one inhabitant of the Paranimmitavasavatti realm who has a very special
significance in the cosmology. This is Māra: the tempter, tormentor and adversary of
those who are following the path of liberation. Although the Paranimmitavasavatti
realm is ruled by the devarāja Vasavatti, Māra does not submit to his authority, but
together with his own retinue rules one region of this realm “like a rebel prince in a
frontier province” (MN-a 1). Māra is a very powerful deity; he is called “foremost of
sovereigns” (ādhipateyya, lit. “over-lord”) (AN 4:15) and his power extends over the
whole sensual-desire plane.
Sense perceptions and sense pleasures are said to be “Māra’s domain, Māra’s sphere,
Māra’s bait and Māra’s pasture” (MN 106). He makes it his mission to prevent any
being escaping from this realm which he sees as his. The name Māra derives from
maraṇa, “death.” “Those beings who desire to transcend his domain, he kills (māreti) if
he can, if he cannot then he wishes them dead (maraṇaṃ), hence he is called Māra” (Sn-a
1:2). A slightly different explanation of his name is given elsewhere: “he incites beings to
their harm and so causes their death” (Ud-a 6:1). The importance of Māra in the
cosmological scheme is shown by a passage in the Milindapañha which lists eight
things which are “mighty and unique” (mahanto, so eko yeva) in the world; Māra is
included in the exalted company of the Buddha, the earth, the sea, Mt Sineru, space,
Sakka and Mahābrahma. Māra’s power extends to some degree even beyond his
special domain of the sense-desire realm. It is said that the five aggregates (khandha) are
subject to him, (SN 23:1) and even that his domain extends to the whole of saṃsāra (AN-a 8:29). Either of these formulations would be the equivalent of all conditioned
existence, including also those realms beyond the plane of sense-desire. Indeed, we
shall see below incidents of Māra’s sway extending into the world of the brahmās who
exist in a higher plane than the sensual devas including Māra himself.

Māra does not submit to his authority, but
together with his own retinue rules one region of this realm “like a rebel prince in a
frontier province” (MN-a 1)

I believe that MN-a means that it’s a commentary. So, if it’s possible to contradict my statement on the ground that it’s not EBT compliant, you have not demonstrated it.

My friend, even a belief is widely held belief could turn out to be unfactual.

Even an idiosyncratic belief could turn out to be factual.

Thing is that it doesn’t really matter what kind of being Mara is. What matters is saying that practice of animitta/appanihita/sunnata meditations can lead to rebirth as Mara can be discouraging to practice this most wholesome meditations. So if you have any buddhist source supporting your claim that practice of these might lead to rebirth as Mara, I think it would be nice to read it.

So to see Mara as Mara is to see dying as dying. What struck me here is that the chasing of continued existence is the turning away and running away from dying, from Mara. It also struck me that making sacrificial offerings to Mara is actually an ill-conceived attempt to control dying in a futile attempt to bargain with Mara.

But to simply see dying (Mara) as cessation, we have the escape from the conditioned:

So what then might we share with Mara and Yama? Well, perhaps that simple allowance to be themselves, just as we would any loved ones. And what would that allowance be?

It would be love, compassion, rejoicing and equanimity without limits.

And in that allowance, Mara Dusi can be thrown down to Hell and arise again as Moggallana.

There are classification of Mara. Four Mara (Skt. catvāri māra) :

That number 4, Devaputra Mara, is sometimes said to be a real being, dwelling in Paranimittavasavati - Indeed his other name is Vasavati Mara. In chinese translation, he is called “Demon King of the Sixth Heaven” - because Paranimittavasavati is the sixth heaven.

Honestly, I am not sure about if this being is real, or just methaphor.

Lord of Death. There is a version of the story where Yama means realm of the dead, and King of the Dead is Yamaraja. Sometimes it is said that this being is the one judging our karma. In Chinese folk religion, this figure become Yan Lo Wang / King of Hell, the one judging and giving punishment.

How does one end up as Yamaraja, or maybe, Hell’s Guards who execute punishment to Hell beings? (They are the same as they are having a job). Also, is it good karma or bad karma?

In an intriguing example, Vasubandhu argues that the torturing guards in hell are not real beings but communal projections by hell denizens with which they torture themselves, since it is illogical that one would be born into hell unless one deserved it based on one’s previous actions, and if so, then one would not be immune to hell’s tortures–but the guards don’t suffer, they mete out suffering. The implication of his argument is that hell itself is merely a paranoid projection. Vasubandhu

So, his argument is that, that Lord of Death as the one judging beings’ deeds is not real, but just projection of the mind. This solve the problem of what kind of karma Lord of Death may have.

Is Yama the Lord of death or the king of hell? I think he’s judging people in hell. So I think if mara would fall so low and deep to reach hell, he would be subject to Yama. But if he only descends into the peta world, he would be only beaten up by asuras everyday. But not become subject to Yama. CMIIW. May you become a wheel turning monarch in the next life. Namaste.

Thanks for an interesting thread. Without going too far into comparative theology, I’ve thought some about the relationship of the figure of Māra in the Pāli canon and that of Yama, Lord of Death, in the Hindu tradition. There’s been some scholarship on this, but little enough that a few years ago (2015) I wrote a highly speculative post exploring some of the parallels between the Māra myth, especially as it shows up in the (non-EBT) Lalitavistara and Buddhacarita biographies/hagiographies of the Buddha, but also looking at MN36 and other EBT sources.

There are things I’d change now, but here’s the post, if anyone’s interested. I’m mainly curious about interesting parallels not just between the myths of Māra and Yama but between Gotama the Buddha and Naciketas, the hero of the Kaṭha Upaniṣad.

Yama and Mara: Hindu and Buddhist personifications of Death, a hypothesis -...

Both Buddhism and Hinduism personify Death in the form of a deity. The two traditions’ imagination around this figure naturally has many overlaps, but I’m suddenly thinking about some that I can’t find any reference to in the scholarly...

Or are both “just doing their job” in their realms?

Why? They of course still have the ‘WRONG VIEW’ because of their ‘IGNORANT’.

A wrong view that they are worthy or qualified enough to take life or to led someone to their doom.

I heard, merit can’t be transmitted to other being, one exception - one’s direct relatives currently in ghost realm can get merit from us.
I am not sure we can offer Mara anything since he is pretty powerful being. Obviously Mara is happier if we don’t practice Dhamma. He intends to keep us staying in his sensual realms and not make breakout.

@HSS
If it’s all illusion anyway…we are all ignorant at the end. So sharing our merits (with them) can’t hurt

I was wondering if “Mara” is just not out there as a being in the top of divine sensual realm, but operates in our own unconscious shadow and psyche as samkhara or tendencies to inflict pain and harm on self and others, indulge in bibhava tanha, delusions, repression, lust, hate, addiction, lying, stealing and such. Mara finds an easy footing especially in those who are weak in virtue and samadhi.

Some pathological mental states like narcissism, psychopathy, and sociopathy are not uncommon in some secular or religious leaders and the leaders in the many secret or open societies are subject to Mara’s influence. Just watched an interesting take on European Secret Societies yesterday.