Mendicants Who Are Perfected

In Saṁyutta Nikāya we read about mendicants who are perfect - who have ended defilements, completed the spiritual journey, done what had to be done, laid down the burden, achieved their own goal, totally broke the shackles of rebirth and are rightly released through of enlightenment - their bodies are subject to fragmentation and rest. How to find and identify someone like that? This is possible for everyone, but how do you know how someone was correctly released? do we have people who claim to be enlightened, how to understand and identify?

That is what the Buddha said. …
2“The fancy chariots of kings wear out,
and this body too gets old.
But goodness never gets old:
so the true and good proclaim.”

The two monks who are generally held to be arahants are Ajahn Mun and Ajahn Chah. It is not conducive to spiritual advancement for any practitioner to speak about attainments, as they do not occur at the verbal level. The Buddha’s instructions on ascertaining the suitability of a teacher are laid down in MN 95, and these days this applies to reading.

Simple answer: you can not.

Long answer: Generally, only the Buddha himself legitimize and affirm someone’s attainment. After Buddha passed away, there is no one else that can do that.
Furthermore, Mendicants are prohibited to proclaim their attainment. They only did it privately to select close disciples.

In one story, even Ven. Sariputta can not know that he is speaking to an arahat.

In Mahaparinibbana Sutta, Buddha, weary of Ananda constant question about the destination of various disciples, gave him a teaching called “Mirror of Dharma”, it can be used to judge if someone is a stream enterer.

In one story, Buddha said to King Pasenadi , that you need to live together and observe someone from a long time to see if he is a restrained person, or if he is unrestrained. It is easy for someone to pretend that he is a holy man.

In another story, Bhikkhuni Dhammadinna was tested by her former husband. Her exhusband is an anagami/ non returner, so his question can be used to judge whether someone has attained anagami or not.
But he ended up asking wrong question when he want to judge whether she is arahat or not.
So, only arahat can question another arahat and confirm the attainment.

I think this is not accurate. For one who has reach Arahant-phala, they have finished their work. They can declare to buddhist community as the Sutta prescribe such as SN 22.59.

They fully known: Birth comes to end, the spiritual journey has been fulfilled, there is nothing to be done, no further state.

But what Vinaya is not allowed (parajika) is one purposely lying the achievement to get some benefits from lay people.

One can also find a non returner such as Citta (SN 41.9) or Ugga of Hatthigāma (AN 8.22) declare their fruits to monks or friend.

The householder Citta is bound by no fetter that might return him to this world.’”

The householder Ugga of Hatthi is bound by no fetter that might return him to this world.’

The discussion here is about different topics. In Buddhist practice in general it’s not profitable to reinforce the verbal level (AN 1.61):

“Thus, perceptual data of the five external senses, in all their permutations and combinations, finally come to be assigned names and pigeon-holed as ‘things.’ This convenient but superficial indentation beclouds the mind and prevents the immediate understanding of sense-contact (phassa ).”—Nananda

But what Vinaya is not allowed (parajika) is one purposely lying the achievement to get some benefits from lay people.

That’s true of the fourth pārājika rule, but there are other rules (i.e., pācittiya 8 for monks and pācittiya 104 for nuns) which prohibit monastics from making even truthful declarations of their attainments to unordained people.

One can also find a non returner such as Citta (SN 41.9) or Ugga of Hatthigāma (AN 8.22) declare their fruits to monks or friend.

Yes, but these were both householders and therefore not bound by the Vinaya rules.

"‘If a monk truthfully tells a person who is not fully ordained of a superhuman quality, he commits an offense entailing confession.’”

There is no offense: if

Thanks for the link bhante

Bhante,
This pācittiya is a minor offense. As described, the person may restore after confession.

If you look at the AN 3.86 Paṭhamasikkhā Sutta, Even an Arahant can break minor offenses. But they will restore by confess to their companionships once being told so.

Note: An Ariya can’t break the Ariyan precepts that will bring them to lower realms.

As an Arahant who has become selfless, I don’t think they will just improperly announce to random people. We have seen many superhuman showing in Sutta such as SN 41.4. But the Arahant left the vicinity right away to avoid further inconvenience.

Unfortunately common folks may not be able to identify. You can check AN 4.187

This is possible for everyone, but how do you know how someone was correctly released?

The person who were correctly reached freedom will know by themselves. They don’t need any others to tell them. They are independent from others once they have Right View.

do we have people who claim to be enlightened, how to understand and identify?

Not easy for common folk to identify. But if you are a good person, you may be able to identify another good person. The Arahant/Buddha will speak straight forward. They will love the Teaching/dhamma as described in Sutta. They have spotless conducts (thought, speech, and bodily). They are free of delusion, hatred and greed.

@prajnadeva @Alaray @Joe.C @Dhammanando @paul1 thanks for your great contribution… thanks for all the answers, thanks for learning from you guys.

How to find and identify someone like that? This is possible for everyone, but how do you know how someone was correctly released? do we have people who claim to be enlightened, how to understand and identify?

The Buddha has spoken the way to identify this person in SN 3.11 when King Pasenadi of Kosala asked about it:

“Great king, as a layman enjoying sensual pleasures, living at home with your children, using sandalwood imported from Kāsi, wearing garlands, perfumes, and makeup, and accepting gold and money, it’s hard for you to know who is perfected or on the path to perfection.

The details of how this identification works is discussed in AN 4.192. 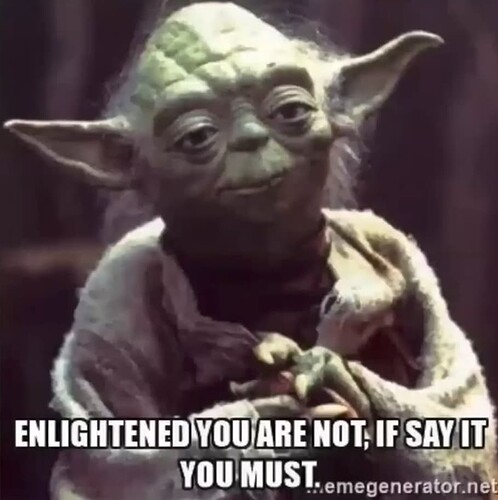 Seen in this series of Dhamma Talks: