Mindfulness meditation reduces anxiety as much as a common antidepressant drug, study finds

Mindfulness meditation reduces anxiety as much as a common antidepressant drug, study finds

The study is the first randomized clinical trial to compare the effectiveness of mindfulness meditation with the antidepressant escitalopram.

After monitoring the two groups for eight weeks, researchers found that people using mindfulness meditation saw their anxiety improve nearly as much as people who were taking the antidepressant. 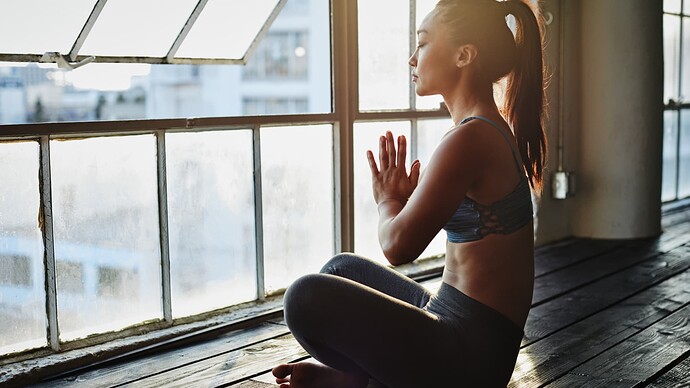 Mindfulness meditation reduces anxiety as much as a common antidepressant...

The study is the first randomized clinical trial to compare the effectiveness of mindfulness meditation with that of the antidepressant escitalopram.

These kinds of studies tend to refer to purely secular mindfulness meditation, e.g. watch the breath/body and don’t engage with your inner monologue. It’s been my experience that meditation is an even more effective anti-anxiety tool once you incorporate Buddhist ideas as well, even if it’s pretty severe.

Interestingly, that means it is also true that “Taking a common antidepressant pill reduces anxiety as much as mindfulness meditation.”

Given compliance is a major issue with any health intervention, the ease of taking a pill vs. developing and maintaining a mindfulness practice makes that pill a great option in treating anxiety.

Edit to Add: I realize I’m being pointlessly snarky. So it’s worth being explicit (pointfully snarky?). I’m always concerned with able-ism - the idea that there is something wrong or less - if a person needs to be on medication. I’m worried about stigmatization of mental health and mental health options for treatment. We want good research into all the options available. But we want to do it in a way that presents various options, not in a way that subtly (or not so subtly) stigmatizes medication.

Also, on a community level, it’s hard enough to reach unhoused populations, for example, with the proper medication. Trying to implement a mindfulness meditation approach…

Okay, after all that snark, I am now going to work and think about how we might implement a mindfulness meditation program for the unhoused.

Thanks for sharing the research!

That may just mean that the antidepressant studied was less effective than believed.

Since the article is about meditation it had to have an obligatory picture of a young woman in tights and a sports bra. I was on the IMCW email list for a while. They either hired models or got similar stock photos to advertise their events.

It’s been my experience that meditation is an even more effective anti-anxiety tool once you incorporate Buddhist ideas as well, even if it’s pretty severe.

Which Buddhist ideas? Why would that be severe?

This is only one study. I would like to see published peer reviewed empirical data before making any definitive decision.
Lexapro/Celexa requires 6 to 8 weeks before change starts to be experienced.
I agree with JiminBC. Stating mindfulness is as effective as Celexa in 8 week period is ableism. I too worry about the stigmatization of mental health.
Western culture has grabbed onto mindfulness as the panacea for all of our societal issues.
Reminds me of the cartoon I saw where the employer states they are concerned about the employees well being, to which the employees ask for a pay raise and reduced work load. The employer says, “not like that, we encourage mindfulness and yoga.” (paraphrase)

Well, you do have to realize that “stigmatizing mental health” in BC means wondering whether its new pilot project decriminalizing personal possession of up to 2.5 grams of heroin, methamphetamine, cocaine is going to be successful or do more damage. Knowing BC and BCers, (since … until … because … bought the building … and … going on, and all of a sudden … very dangerous situation, because the … aren’t … ), in three years the province will simply find that more drugs need to be decriminalized, such as barbiturates, maybe even fentanyl, will be added to the list.

Addiction is considered a normal and acceptable way of life there, already, and not a mental health problem. Not exactly a Buddhist perspective. You might want to be careful of what you wish for. (And … just … trouble … for that)

Why would that be severe?

I meant even if the anxiety is pretty severe.

And ideas like nonattachment and loving-kindness. Loving-kindness meditation always leaves me in the least anxious state of mind I’ve ever experienced.

I don’t know the Buddhist terminology to describe it but meditation and contemplating nonattachment lead me to that understanding. Anxiety you experience is separate from you, it isn’t you. “You” are not anxious, but there is anxiety that you’re experiencing. We often just hand the reins over to it without realizing it’s advice (that’s usually bad) being given to us, not a command to behave in a certain way. Once you recognize your feelings are separate from your “self” (not in an anatta-denial kind of sense

) they lose a lot of power over your behavior I’ve found, and meditation let me directly see that.

Given compliance is a major issue with any health intervention, the ease of taking a pill vs. developing and maintaining a mindfulness practice makes that pill a great option in treating anxiety.

This is a good point. It seems like people tend to think you have to support one over the other when both is probably the best course of action if it’s at the point where you’re actually seeking solutions for a problem.

I hope my post wasn’t perceived as anti-medication by anybody, they’re clearly very helpful for millions of people, myself included. Thankfully it doesn’t seem like Buddhism has any sort of anti-psychiatry tendencies.