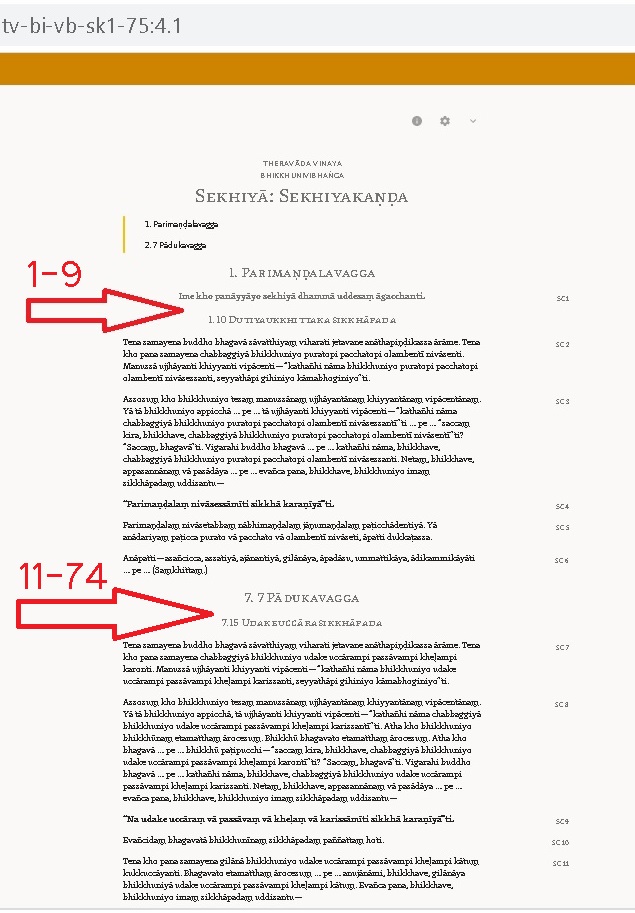 This is not very clear, but in fact it is correct, at least as far as the text is concerend. As so often in the Bhikkhuni Vinaya, the text is greatly abbreviated where it follows the Bhikkhgu Vibhanga. Our text is the Mahasangiti edition, and we simply follow how they deal with this.

If you look at the VRI text (upon which the Mahasangiti was based) it is similar:

As is the BJT:

But where it does get strange is with the first heading. The point numbers represent vagga and text within the vagga. This is the Mahasangiti method, as opposed to the SC method of numerical order within a rule class. So the first rule should be 1.1 i.e. the first rule of the first vagga. Inexplicably, however, it is both numbered and named after the final rule in that vagga, even though the text is for the first rule! I have checked the original Mahasangiti files, and the error is found there. Since these headings were added by the Mahasangiti editors, I assume they must have made a mistake.

You’ll be glad to know that this mistake is already corrected in the new files being prepared by Ven Brahmali along with his translation.