Continuing the discussion from What do the Suttas say about restricting questions or discussions:

Hi @Feynman
It would be off topic to reply in the original thread so I’m replying to you in this new topic.

What do the Suttas say about restricting questions or discussions

Which, as I understand it, means that monastics should not be discussion topics variously known as engaged Buddhist action, social activism, social justice, etc. Which a number of monastics frequently do.

Things are never the exact same way they were 2500 years ago! As in most other religions, we find different kinds of monastics emerging throughout the flux of history, influenced by different kinds of “social culture”, particularly in those countries were “Buddhism” has taken the form of a social religion rather than a pure transcendental renunciate doctrine.

Although Buddhism is older, for some reason it seems that, unlike other religions, Buddhist monastics (and lay devotees) are still showing resistance or lagging a bit behind in understanding, accepting, and respecting their different choices and lifestyles. I noticed that even Jains seem to be okay with their monastics no longer going about naked and brushing off the possible tiny flee before they step on or sit down! Jain monasticism is a very interesting case to study because it has gone through a very thorough process of transformation and, ‘updating’ if you will, and this is a creed that never took the form of a social religion on a national level; that is, it did not need to flex itself to accommodate mundane cultural and traditional forces by the same extent Buddha-Dhamma finally did. I personally believe that this transformation in Jain monasticism was necessitated by alienation; that is, if it did not happen, there would be no more Jain monasticism today! But I may be wrong.

Anyways I am not suggesting that the same is necessary in the case of Buddhism, I am only pointing out that this has already been happening. You have a variety of monastics now, those pursuing academic careers, those doing social work and charity, socially engaged monastics, village monastics of all kind responding to social religious needs that are not necessarily even Dharmic! And then you have the renunciate practitioner which the Suttas exhibit. Your observation would apply specifically to this last group which continues to be devoted to a truly renunciate path of life and practice. I’d say that this renunciate group is the smallest though, and by the way, no one is doubting that this is the original and highest purpose and example of monastic life as Buddha once envisaged and established it. Yet it’s not all or nothing; you may find many academic or social-work/charity or socially engaged monastics who are also practising to some extent or another; at least it’s possible!

What is it that makes up a Buddhist monastic?! Somehow that is at least open to interpretation, views, and opinions. And I am no longer surprised to encounter Buddhist monastics or lay devotees whose faith in Nibbana is merely conceptual, or whose striving and perseverance is conditioned by a mundane form, of chanda!

You look at the text and you contemplate a little, then you say: “Sure, it’s never gonna be the same!” Then you take it easy and go about in the chaos of what’s left, with a pleasant, serene, smile! And as you truly realise: “It could only be now! I can only be now!” … you might finally ‘disappear’, right there, somewhere near downtown Delhi, or something like that!! 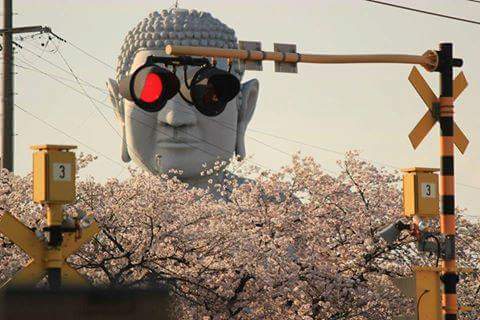 I noticed that even Jains seem to be okay with their monastics no longer going about naked and brushing off the possible tiny flee before they step on or sit down!

Well, the difference is Buddha did not go about naked and brushing off the possible tiny flees. Buddha’s teaching is timeless. It can be practiced anytime without so-called modernism.
A man wearing a robe can do anything they want but an informed Buddhist do not consider them as monks.